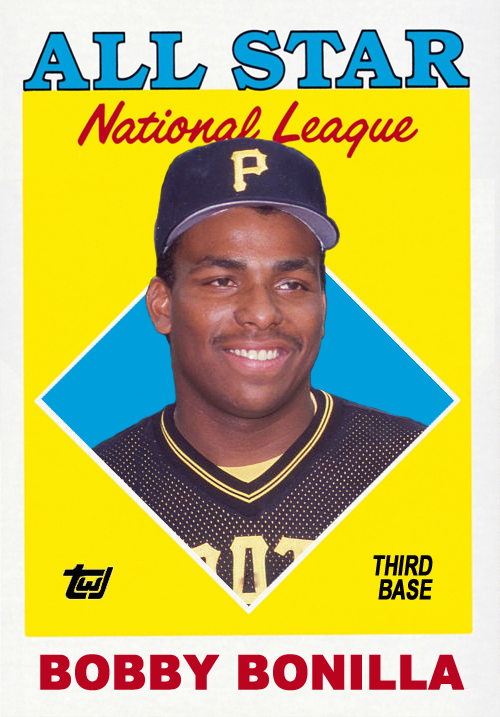 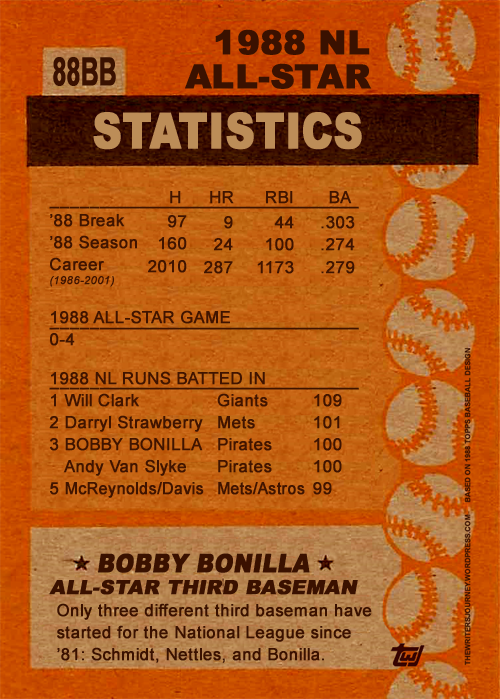 Bobby Bonilla seemed to be the heir apparent to Mike Schmidt as the regular NL third baseman, and was given the starting job in 1988. He did log six All-Star Games between 1988 and 1995, but no one today would dare claim that his career measured up to Schmidt’s. To be fair, no one’s career measured up to Schmidt’s. Bonilla’s backups, Vance Law and rookie Chris Sabo, couldn’t claim it either. 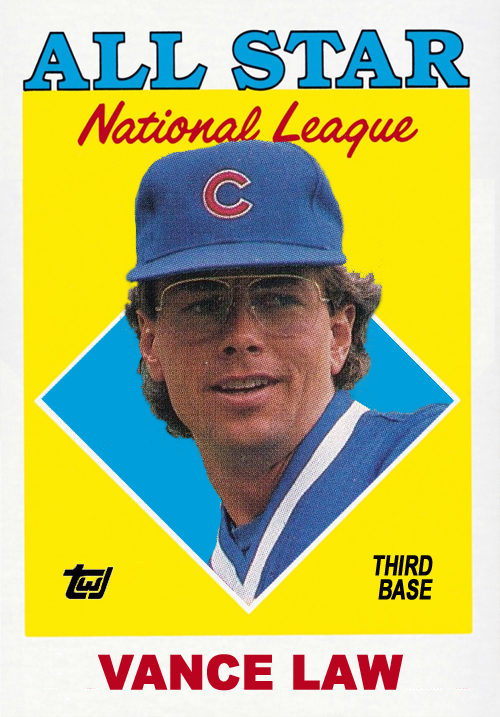 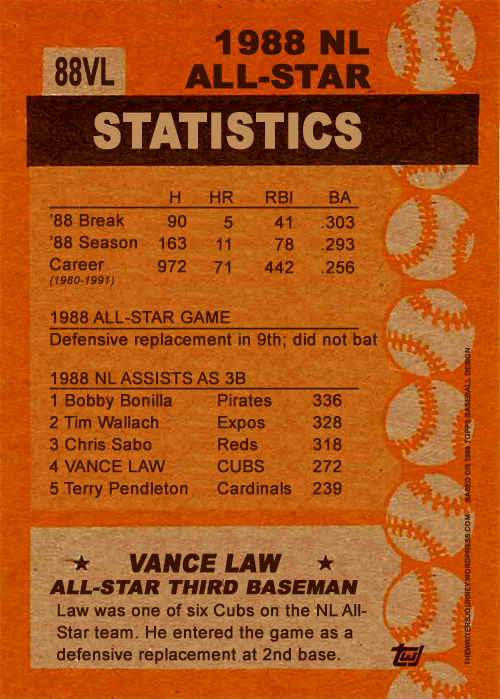 Again, the voters and players agreed on the starter, and the managers and players were not far apart on the bench. Here are the players picks for third base in 1988: 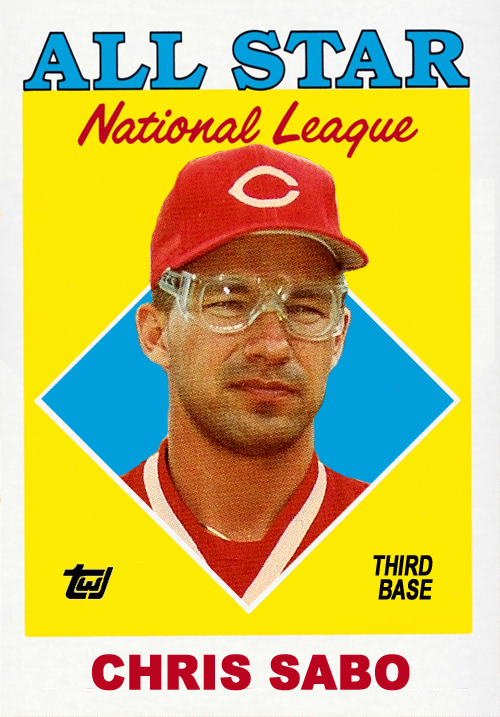 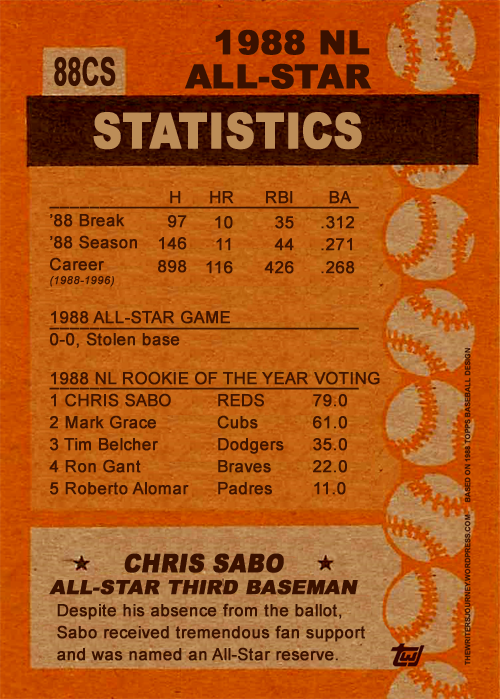