In his third major league start, Travis Wood took a perfect game through eight innings in Philadelphia. The first Phillies hit came off the bat of Carlos Ruiz in the bottom of the ninth. Wood was able to keep the Phils from scoring, but the Reds were also scoreless and ended up losing 1-0 in 11 innings. Being a Cubs fan and a Reds fan at the same time is almost like eating at Kentucky Fried Chicken and calling yourself a vegetarian. Yet, here I am, proclaiming my disappointment that the Cubs lost last night to the New York Mets. I fell in love with the Cubs in 1989, the first time I visited Wrigley Field, and for years claimed them as my #1 team. The Reds are back in that #1 spot, but I’m still rooting for the Cubs when they’re not playing Cincinnati.

Travis Wood played two seasons in Cincinnati before the Reds traded him for a lump that sits in the bullpen. During his four years in Chicago, he has amassed 28 wins, and was selected to the 2013 All-Star team. He is inconsistent at best, but fun to watch when he’s throwing well. Wood is a free agent after this season, and after making $5.686 million in 2015, I’m sure he’ll be looking for a raise. I decided to have a little fun with this one, and made a variation card featuring Wood high-fiving a fan, sporting a wrestling mask, and wearing the “Chicago Wants It More” t-shirt.

Congratulations to the New York Mets, who actually wanted it more and will be facing either the Blue Jays or Royals in the World Series.

Sadly, I haven’t been writing much lately. I don’t just mean for the blog, I mean in general. I’ve been going through the motions for the past several weeks, and can’t seem to get out of this funk that I’m in.

Today I turned my attention towards baseball again. Inspired by a 1996 Chicago Cubs team issued card posted by Wrigley Wax earlier today, I retooled the design a bit and came up with my own 2014 TWJ cards. Different fonts, and my players don’t jump out of the borders, but the basic elements are there. Here is my Jay Bruce card:

And to make the comparison more direct, here’s Travis Wood of the Chicago Cubs:

I suppose I’ll fire up the old TWJ cards on tumblr pretty soon. It has been dormant since July. Be sure to follow or subscribe or whatever you’re supposed to do on tumblr (I can’t keep them all straight anymore). In the meantime, here’s one more…2013 Cy Young Award winner Clayton Kershaw:

The Reds will be well represented in the midsummer classic with starters Joey Votto and Brandon Phillips and reliever Aroldis Chapman. I was also happy to see former Red Travis Wood on the roster.

How many All-Star games has Sean Marshall been invited to since joining the Reds?

Be sure to check out the 2013 series of TWJ Cards on tumblr, updated daily and taking requests.

The Reds made another off-season move late last week, but I didn’t find out about it until early this morning. Travis Wood, one of the pitchers that I really like, was traded along with Dave Sappelt, who I thought was going to get a lot of playing time in left field in 2012, to the Cubs.

In return, the Reds got some bullpen help in the form of Sean Marshall.

Marshall appeared in 78 games for the Cubbies last year, finishing 18 of them and collecting 5 saves to go with a 2.26 ERA. Will he be Francisco Cordero‘s replacement in the closer role for Cincinnati? Or is he just another arm in the ‘pen? 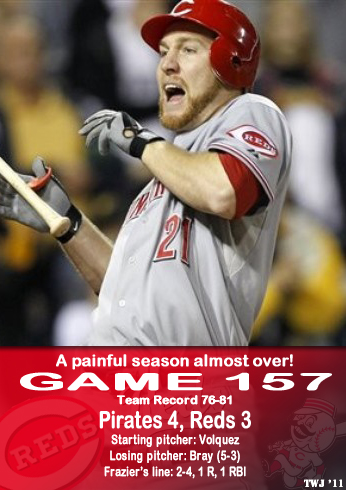 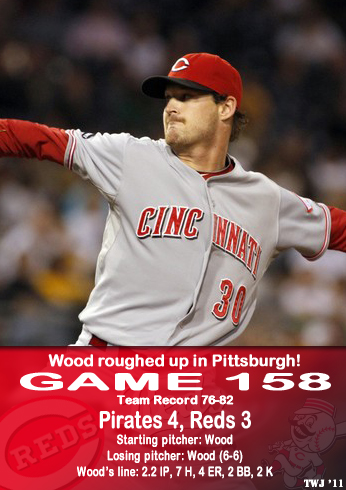 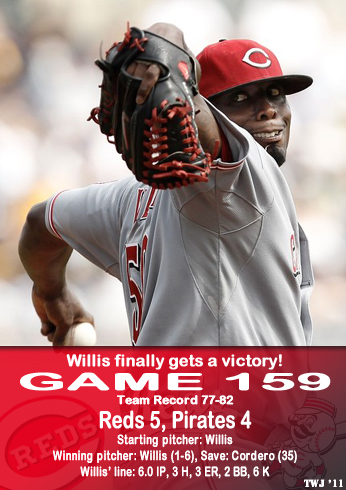 Not only did he send me all that loot, but he threw in some Reds cards to boot! Sweet deal! 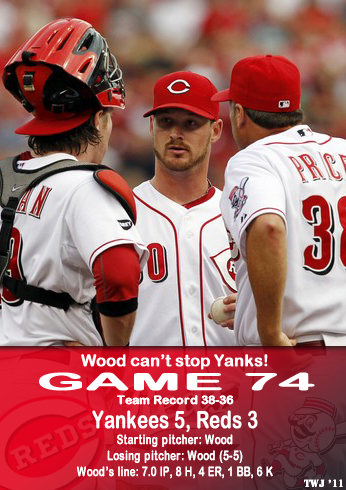 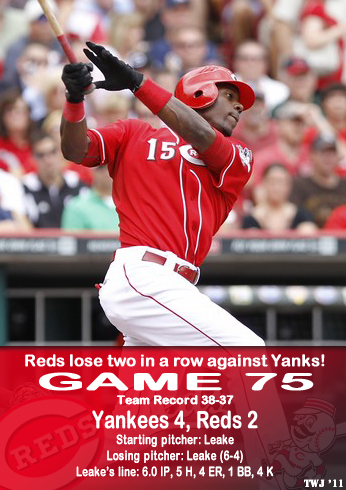 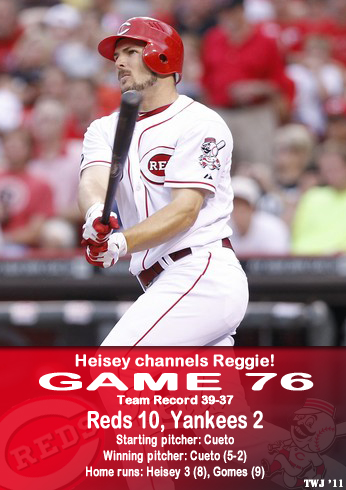 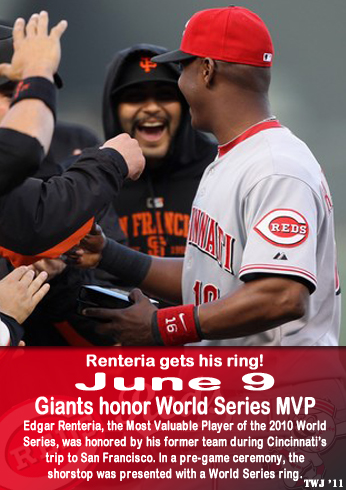 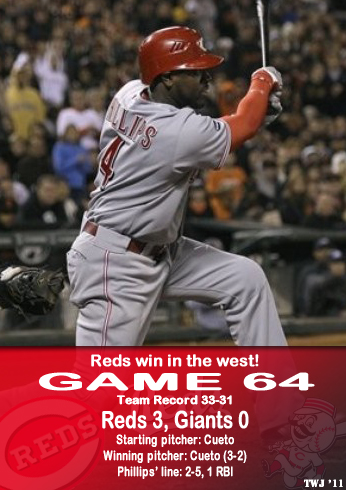 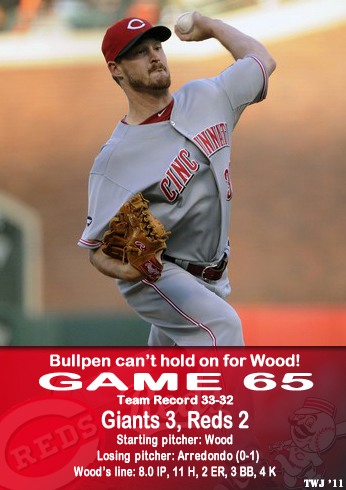 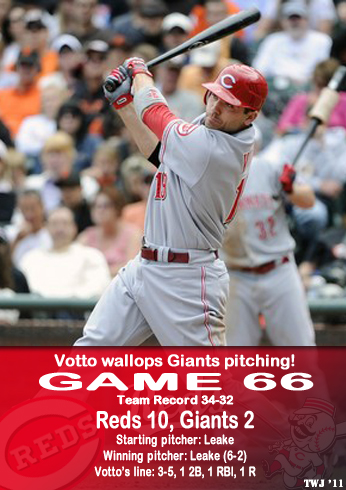 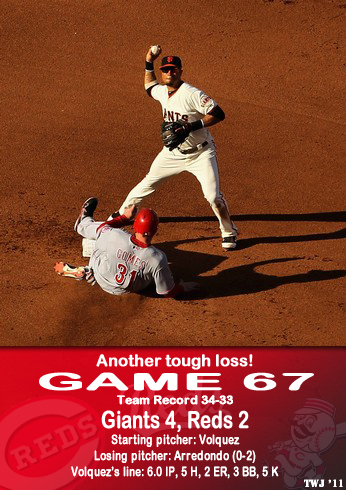 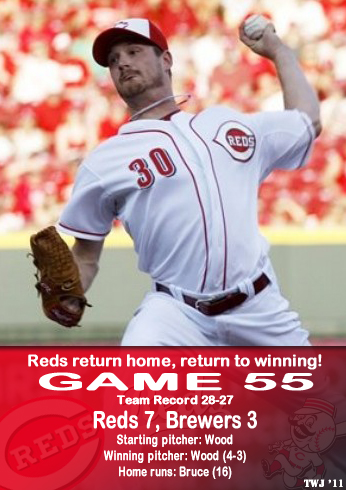 Travis Wood pitched 6 innings, and Jay Bruce hit his NL-leading 16th home run and driving in three to pull into the NL lead for RBI. His batting average is up to .294, and he currently ranks 3rd with a .578 slugging percentage behind Lance Berkman and Ryan Braun.