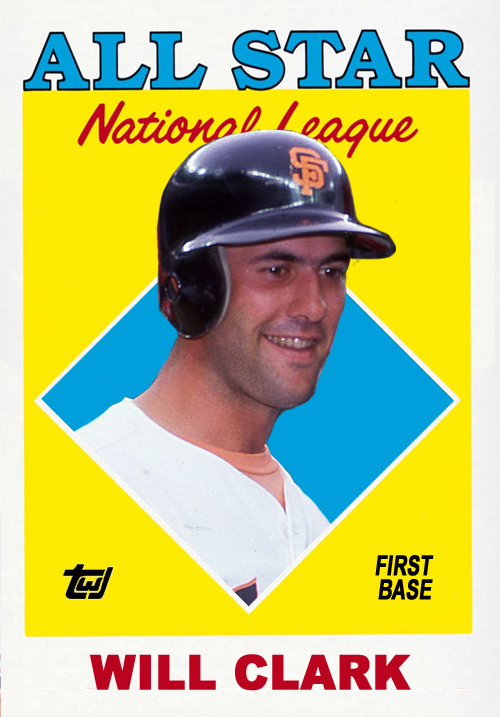 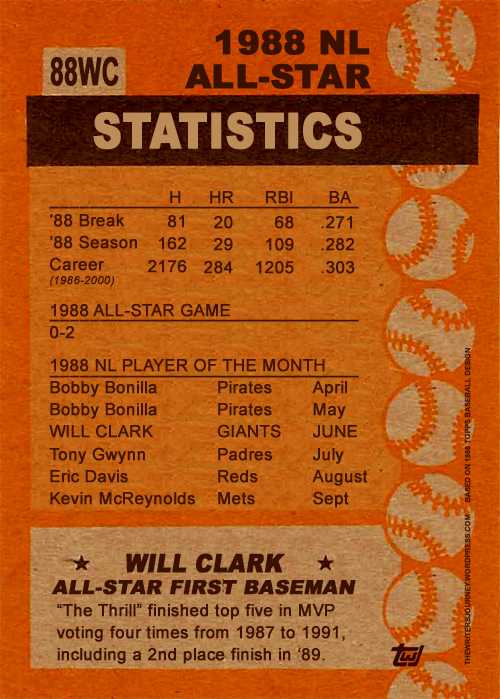 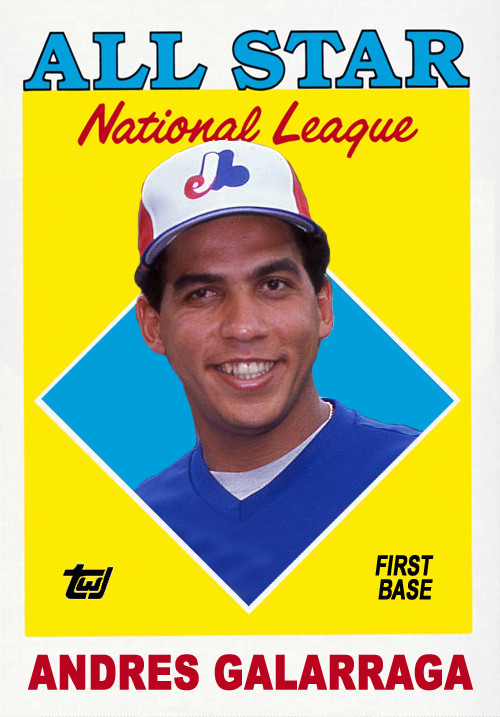 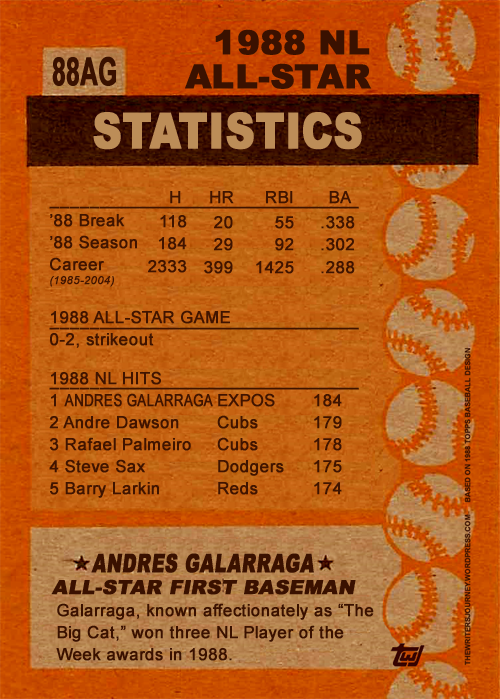 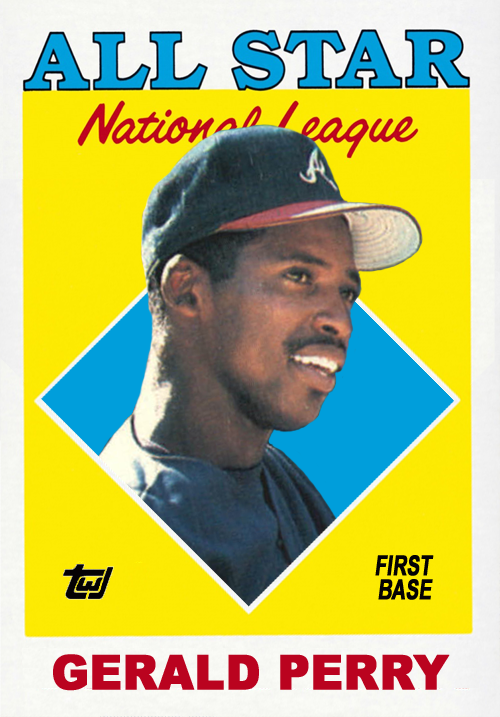 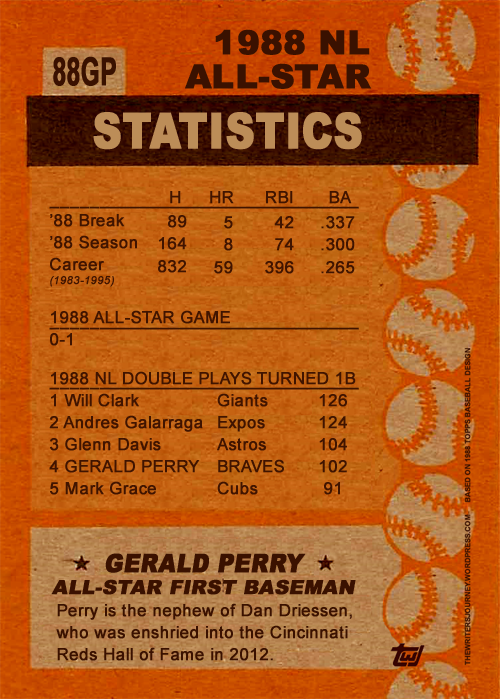 I have been sitting on this post for absolutely no reason other than laziness. I bought a handful of fifty-cent packs when I was in Orlando at the beginning of the month, and scanned a handful of them, even uploaded the scans, but just haven’t been motivated to post them. I have nothing else planned for today, so let’s see what I got… 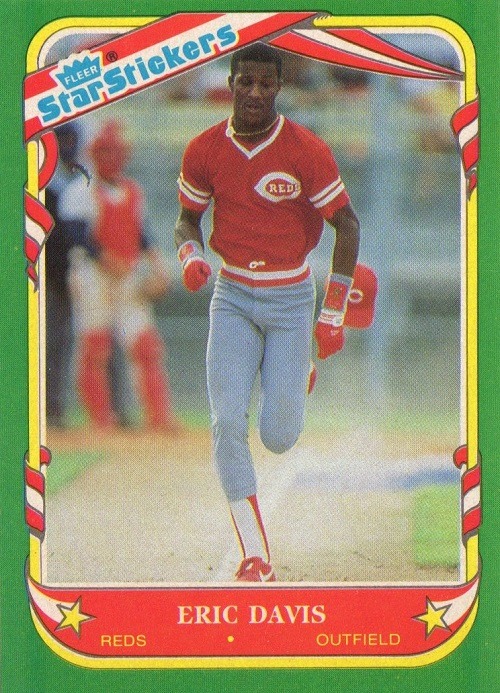 First up is Eric Davis from the 1987 Fleer Star Stickers set. These cards are very similar to the 1986 set, but with a green border instead of maroon. Either way, the border clashes with the red jersey. The 1988 Fleer Star Stickers went with a gray border sprinkled with colorful stars. This Don Mattingly is the best card I pulled from that pack. 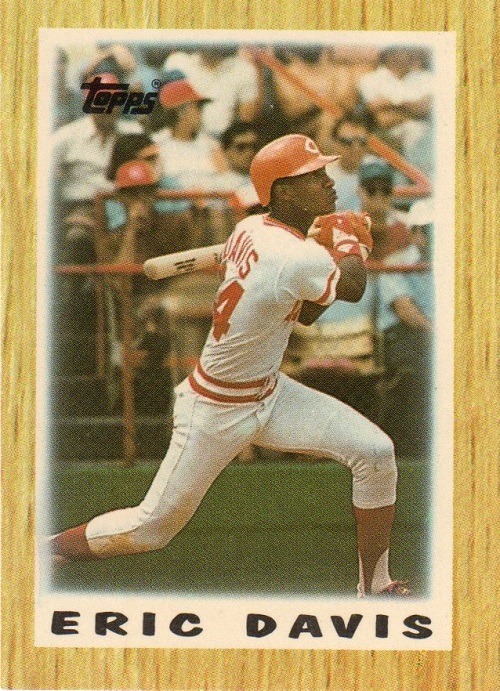 Back to 1987, and a pair of Reds in a pack: the best centerfielder and the best relief pitcher of the second half of the decade. John Franco is criminally underrated. 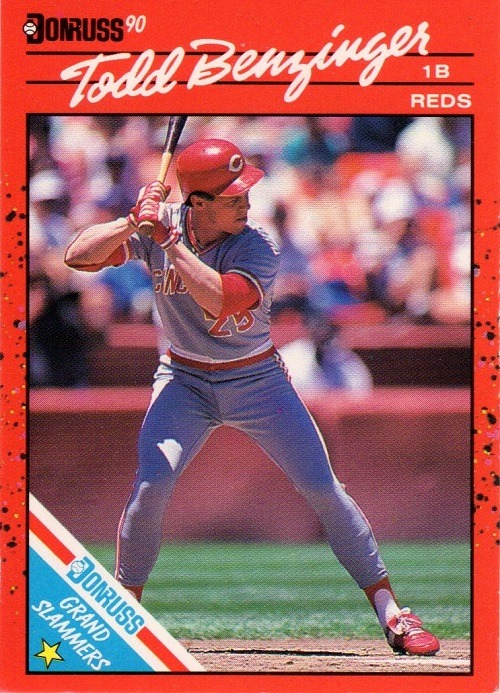 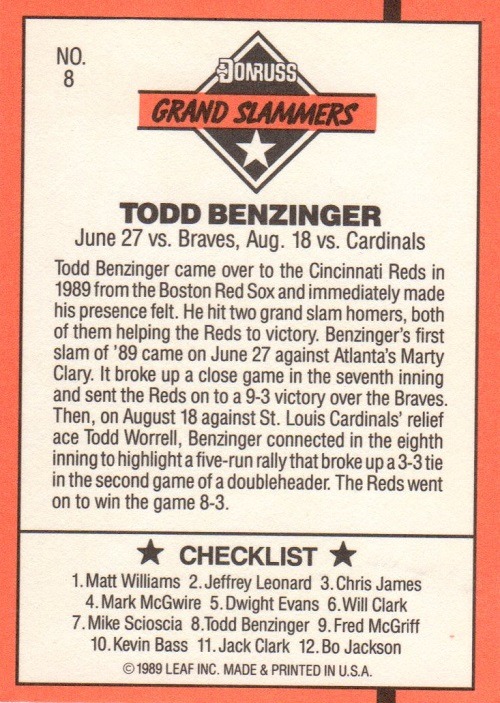 I bought a couple of packs of 1990 Donruss. Don’t look at me like that. I did not have any Grand Slammers cards, and I wanted a couple. I pulled the Todd Benzinger from one pack, and Will Clark from another. If I had found another pack with Bo Jackson on top, I would have bought that one too. 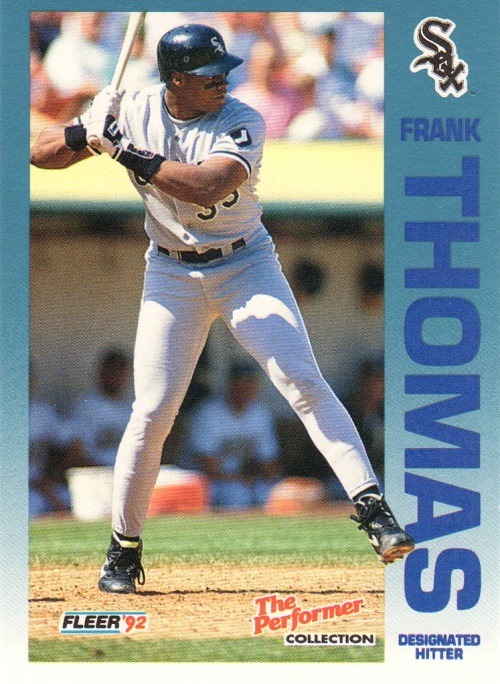 I did not know the 1992 Fleer “The Performer” cards came in packs of their own. I assumed they were inserts. In a five-card pack, I pulled Nolan Ryan and Frank Thomas. And probably some ‘roiders, I can’t remember now. Art cards will always be my weakness. I’m not sure why I picked up a pack of 1992 Score, but I was happy to pull these bad boys. 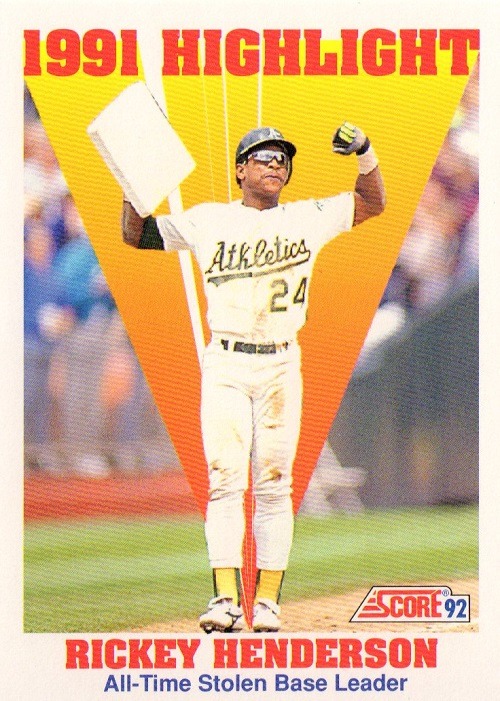 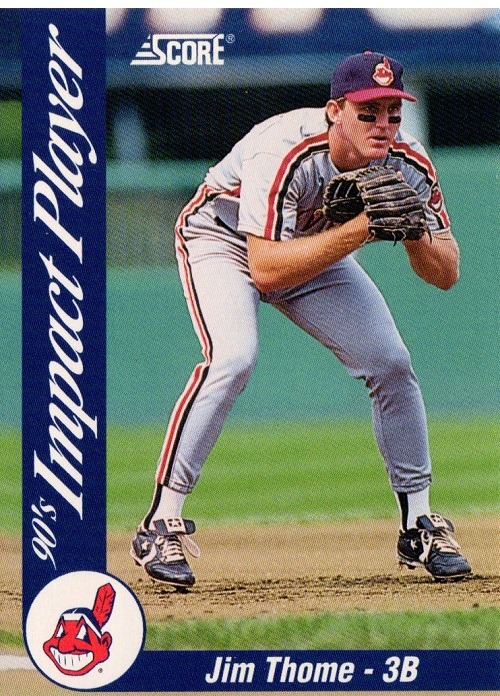 There it is. I knew there had to be something cool showing on the top of a 1992 Score pack for me to buy it, even at only fifty cents. Jim Thome is the man. Kirby Puckett from 1996 Pinnacle Denny’s. Not sure why I bought this one-card pack. Oh well, at least it’s a Hall of Famer. 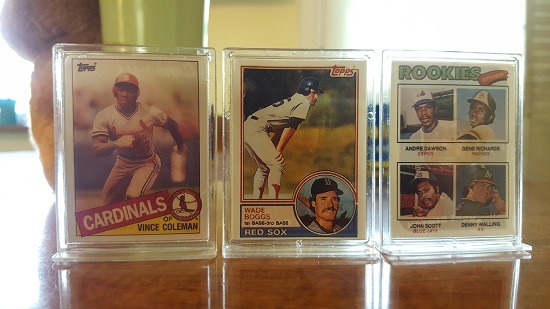 I have always wanted some Double Headers, but have never seen them in person. Vince Coleman is from 1990, while Wade Boggs and Andre Dawson are from 1989. Think this candy is still good from 1991? 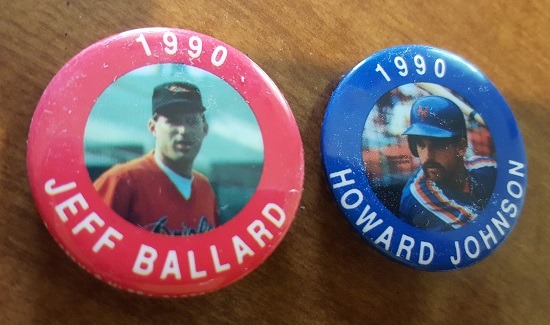 Finally, a couple of 1990 Baseball Buttons. I already have several of these, so I probably shouldn’t have bought them, but it was only fifty cents. 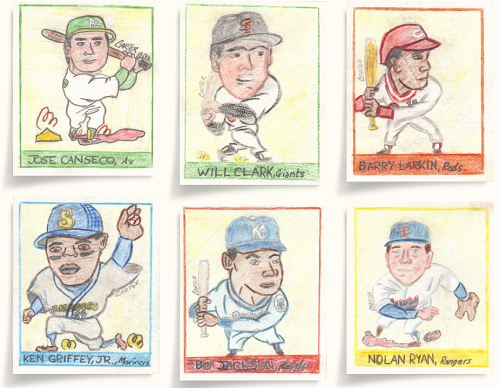 This morning I posted 15 “fun cards” in the style of 1938 Goudey baseball cards that I drew 25 years ago at twjfuncards.tumblr.com. I have posted these here before, but the image links expired long ago, so I decided to re-upload them to tumblr for posterity.

I remember working on these at my desk in my bedroom, and a few nights ago I told my son to go find some index cards and colored pencils for me. But I am hesitant to try again. When I get up the courage to attempt a new drawing, I will post it here for everyone to laugh at. In the meantime, enjoy the 25-year old “fun cards.”

Too big for a binder: autographed index cards

In addition to eight standard baseball cards of Greg Maddux that I had autographed through the mail around 1990 are these two index cards featuring Mad Dog’s stickers from some late 80s sticker sets.

Same goes for Will Clark, though his sticker is bigger since he was a bigger star at the time.

I am pretty sure this is Chipper Jones, but there is no picture to go along with the signature. I Googled his autograph and this looks pretty close. I assume I sent this to the minor league club Jones was with at the time; however, I actually have no recollection of obtaining this autograph.

This one is the biggie, and one that I forgot I had until I was sorting my “too big for a binder” items a few nights ago: Bob Feller autographed index card, with a Fleer (?) sticker of the Indians mascot.

Seeing this card again really makes me want to visit the Bob Feller Museum in Van Meter, Iowa. It’s way out of the way of anything else, but I believe it might be worth the trip anyway.

I’m not sure how to store all of these things. At the moment, they are snug in a 500-count box, and I suppose that is where they will stay until I think of a better solution.

The most dedicated fans

Back in the mid-1990s, when the internet was still “catching on,” a number of people created websites for their various passions. Their favorite band, TV show, car, or sports figure. While you don’t see many Geocities or Angelfire domains around today, there are still some high-quality websites out there built by fans.

One such website is Thrill22.com – The Will Clark Baseball Card Gallery. I followed up until about 1993, and then started seeing some cards that I don’t recall, so I guess that’s about the time I gave up on collecting. He really has a nice collection, and it was cool to go through and look at the various photographs and artwork that appeared on the cards during (and after) Clark’s career. He will be remember as one of the greatest, though for a very short time.

Another great website that I stumbled upon this morning is The Mark Grace Website. Not only is there a very cool gallery of Grace’s baseball cards, there is also a well-written and though-out piece about his chances at the Hall of Fame. Written by a fan, I was surprised at the analytical approach to Grace’s candidacy and the writer’s conclusion that no, Grace probably will not reside in Cooperstown as an immortal–at least not by the votes of the BBWAA. Grace’s immortality rests more with the Veteran’s Committee, which means it will be close to twenty years before he is seriously considered.

Personally, I would love to see Grace in the Hall. But I would also love to see Dave Concepcion there. And honestly, if neither Dale Murphy or Don Mattingly make it, I’m not sure Grace or Concepcion should either. That said, I really like the fantasy plaque appearing at the bottom of the article: