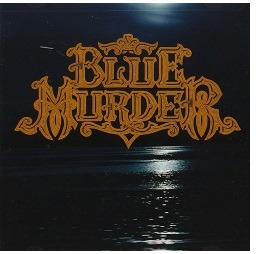 David Coverdale hired Adrian Vandenberg to record the solo after firing Sykes near the end of the recording process.

Two years after Whitesnake’s 1987 album was released, John Sykes exacted his revenge with his new band, Blue Murder. Sykes handled vocals and guitars for the hard rock outfit, while icons Tony Franklin and Carmine Appice played bass and drums, respectively. The self-titled debut was released April 25, 1989, and reached #69 on the Billboard 200 in June 1989. Blue Murder released two studio albums and one live album before the label dropped the act and Sykes went solo.

If you’re looking for an often overlooked hard rock masterpiece, pick up a copy of Blue Murder’s self-titled debut.

David Coverdale is a rock icon with a stellar voice that never quite received the respect he deserved. In Sail Away: Whitesnake’s Fantastic Voyage, author Martin Popoff sheds light on the underappreciated singer and his career, starting with Deep Purple

in the 1970s, following him through various early incarnations of Whitesnake and the success of Slide It In

, and Slip Of The Tongue

, solo albums, and the 21st century Whitesnake albums are covered very briefly in an epilogue.

Much of Sail Away reads like an interview, with long quotes from musicians and publicists. Popoff conducted thirty interviews between 1998 and 2014 for this book, and researched a number of publications for additional information, including Circus, Hit Parader, Kerrang!, and Music Express. This is a decidedly British biography, and Popoff has a tendency to editorialize at times while commenting on the records and musicians.

There is quite a bit to do with the process of selecting songs, and the relationships that Coverdale had with the guitarists he employed over the years, including John Sykes, Adrian Vandenberg, and Steve Vai. Not much is written about the backstage antics on tour; the focus is almost entirely on the albums, songs, and relationships.

Sail Away is an interesting read, but not necessarily thrilling. It seems Whitesnake was generally a business-like band that lacked much personality beyond the records themselves. Classic rock and hair metal fans may enjoy learning more about Coverdale, but the book is far from essential reading.

One of the most epic songs of all time, regardless of genre, Whitesnake made waves in 1987 with a re-recorded “Here I Go Again.” The original version, a bluesy hard rocker on Saints & Sinners in 1982, was reworked and received some very slick production for its re-release five years later. David Coverdale’s voice was in top form, and everything just clicked.

Other songs considered: “Slow An’ Easy,” “Still Of The Night,” “Fool For Your Loving”

Starting August 9…only on classxradio.com