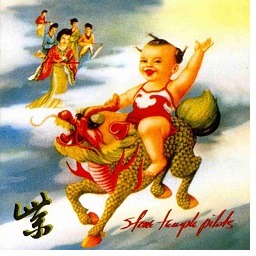 Some hobbies are way too expensive

I love vinyl. I’ve picked up loads of used vinyl at record shops and antique stores in the Cincinnati area (where I live), Knoxville (a yearly trip), and Bowling Green (on my way to my son’s college). Generally I don’t spend more than $10 on a title, and that’s only if I really want the record and haven’t seen it elsewhere. For the most part, though, I like to stick with the bargain bins and keep most purchases under $5. I’ve found some great releases in those bargain bins, including The Guess Who, Merle Haggard, and Frank Sinatra.

Sometimes I click around on Amazon to see what some of my favorite albums would cost on vinyl, and it blows me away. In the same way that some baseball cards are ridiculously out of reach, I never expect to own any of these vinyl releases, as much as I would like to hear them in all their clicky-and-poppy glory.

Some of these albums may get reissued, and hopefully I’ll be paying attention when that happens so I can buy them for about $20. In the meantime, I’ll just have to stick to my CDs and Amazon’s streaming service.

Linkin Park frontman and former Stone Temple Pilots singer Chester Bennington’s body was discovered this morning at his home in California. He died of apparent suicide by hanging. Linkin Park was set to embark on a tour beginning next week, and had just released a video for their new single, “Talking To Myself,” this morning. Best known for his work with Stone Temple Pilots and Velvet Revolver, singer Scott Weiland was found dead on his tour bus last night in Minnesota. The cause of death has not been announced.

What do Stone Temple Pilots and Velvet Revolver have in common?

Scott Weiland used to sing for both of them. The band announced on their Facebook page today that Weiland has once again been terminated as the group’s vocalist, with no further details. I can’t say that I’m surprised, but I am definitely disappointed.

Stone Temple Pilots and Velvet Revolver vocalist has gone back into rehab, apparently of his own volition. What is really interesting is the fact that VR is scheduled to start a five-show tour in Australia on February 15th. To add fuel to the fire, melodicrock.com is reporting that Weiland has actually been fired from Velvet Revolver. No word on who will take the mic for the band down under, if in fact the tour goes on as planned.

As you can imagine, there has been a lot of speculation of a Guns N’ Roses reunion since STP are getting back together. Slash admitted that it would fun, but also stated to KNAC.com, “But I think whatever it would take for us to be able to do that, if everybody were in that frame of mind, we never would have broken up in the first place.” Is he just lowering expectations so that the announcement will be even bigger news? We’ll see…

Falling farther from just what we are

What do you get when you combine two of the greatest groups in rock music? If you answered, “A supergroup,” you would be right sometimes. But most of the time what you get is a train wreck. Case in point: Velvet Revolver.

Guns N’ Roses was arguably the best hard rock act of the late 1980s, and their debut album Appetite for Destruction is one of those rare gems that can be played from beginning to end without ever hitting the “skip” button on your CD player. The follow-up, Lies, showcased the band’s ability to rock just as hard without electricity. Then there was Use Your Illusion I & II, with the epic “November Rain” and other timeless classics like “Don’t Cry” and “Knockin’ on Heaven’s Door.” The last disc the band released, The Spaghetti Incident?, was a commercial flop but a nice tribute to some of the band’s punk influences. Comparing it to some of the covers albums that have been released recently by other bands, GNR’s effort was far superior.

Stone Temple Pilots hit it big in 1993 with “Plush,” a song in which lead singer Scott Weiland sounds eerily similar to Pearl Jam’s Eddie Vedder. The band’s debut Core ended up going 8x Platinum, and several of the songs are staples on rock radio today (“Sex Type Thing,” “Wicked Garden,” “Creep”). Their follow-up Purple was not as strong as their debut, but still contained a few rockers, as did the third CD Tiny Music. This is where my personal knowledge of STP ends, as I did not buy No. 4 or Shangri-La Dee Da, their final two albums of all new material.

Enter internal turmoil, and both bands imploded. Axl fired Slash & Co. from GNR, while Weiland and Dean DeLeo nearly got into a fist fight during an STP concert. After some side projects and solo albums, somehow Scott and Slash got together and decided to form Velvet Revolver. VR wasn’t half the band they should have been, considering the talent, but they did create some buzz initially and had a few good songs. Their second CD wasn’t great, and while Slash is ready to record a follow-up, Scott is looking back to his former bandmates for a reunion.

That’s right, Stone Temple Pilots are reuniting this year and will tour, possibly starting in May at Rock on the Range, a rock festival in Columbus, Ohio. No word yet on what Slash, Duff, and Matt Sorum will do with their newfound unemployment. Maybe Slash and Matt can get Sammy Hagar and Michael Anthony to form that other supergroup that was in the works before the Van Halen with Sammy reunion back in 2003.