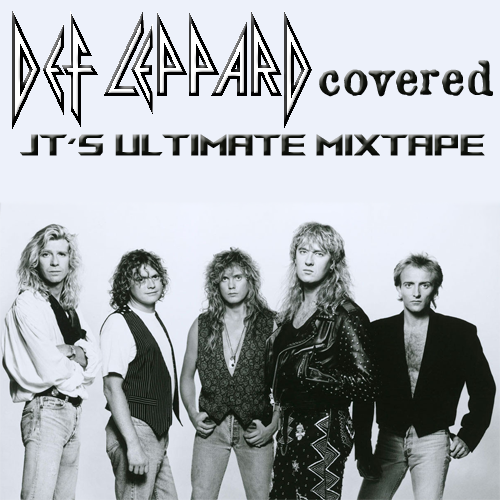 Congratulations to the great Def Leppard on the well-deserved induction into the Rock and Roll Hall of Fame tonight. A fantastic career, especially the first several albums. Their excellence should have been recognized long ago.

When I started building “JT’s Ultimate Mixtape: Def Leppard Covered,” I was initially disappointed by the lack of eclectic selections available. The deeper I got, though, some real gems popped up. Load these into your player and realize the brilliance of the newest Rock Hall of Famers. Some are straight-forward rockers, while others are countrified renditions, and there’s even an a cappella styling thrown into the mix.

Of course, there are a ton of Def Leppard tribute albums available. I am not familiar with any of these personally, but I present them here in a handy-dandy list if you want to give them a spin:

Can’t get enough of the cover songs? The Writer’s Journey has you covered (pun fully intended). Click on these links to check out some strangely familiar songs…

What band should we tackle next?