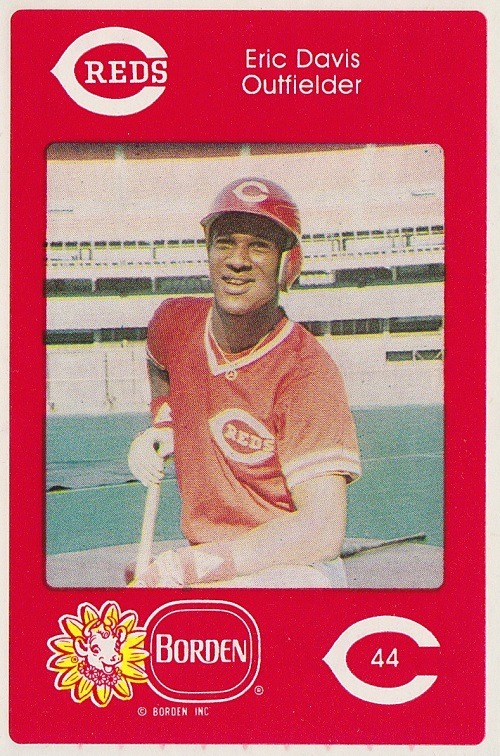 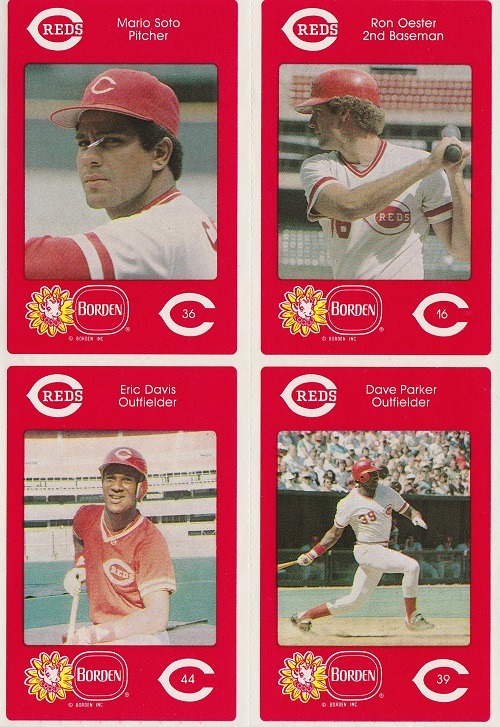 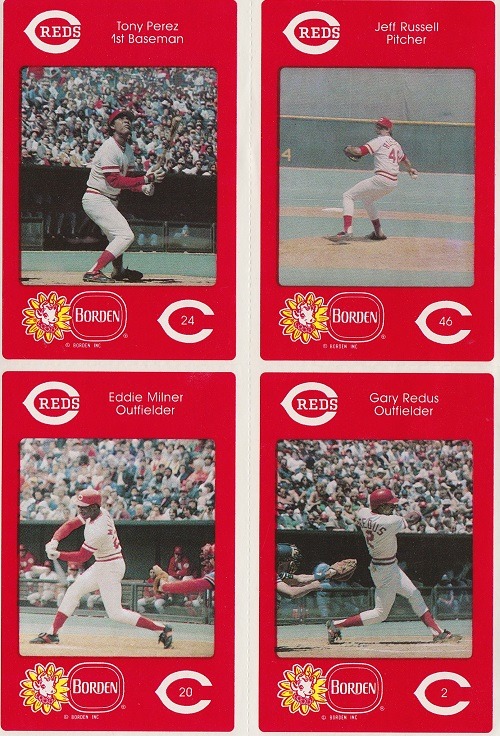 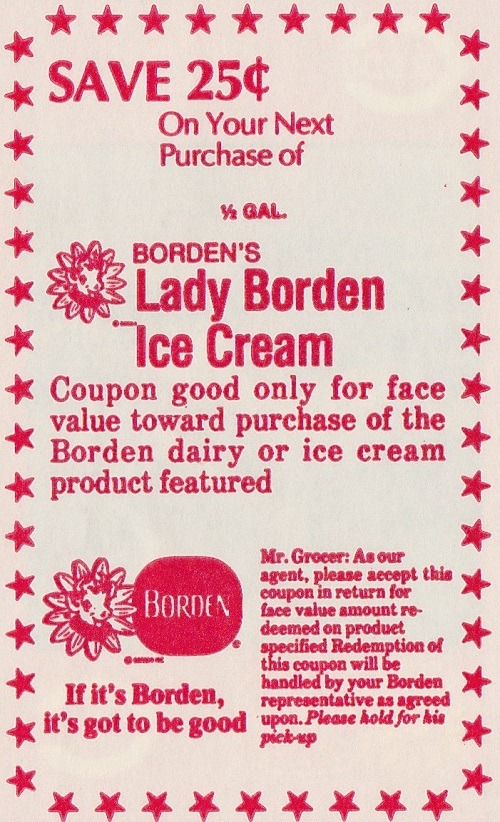 1984 Reds Yearbook (with perforated cards, in tact of course)

The 1984 Reds Yearbook was the edition after Johnny Bench and before Eric Davis. The cover of the 1984 book is not nearly as interesting as 1985, so I didn’t bother scanning it. I did, however, scan the cards so I could post them here. 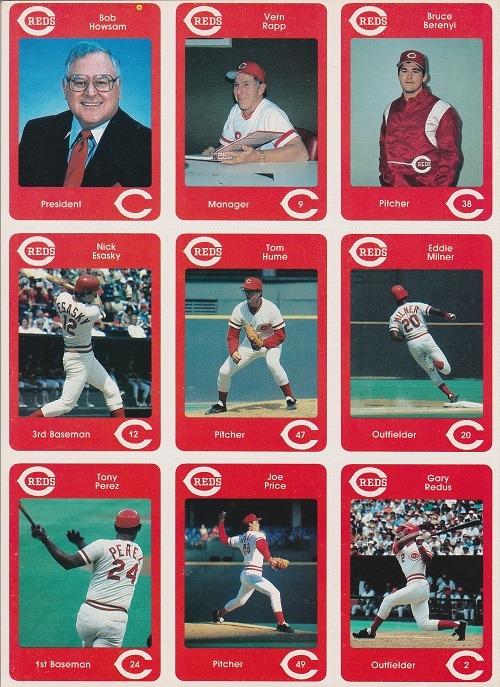 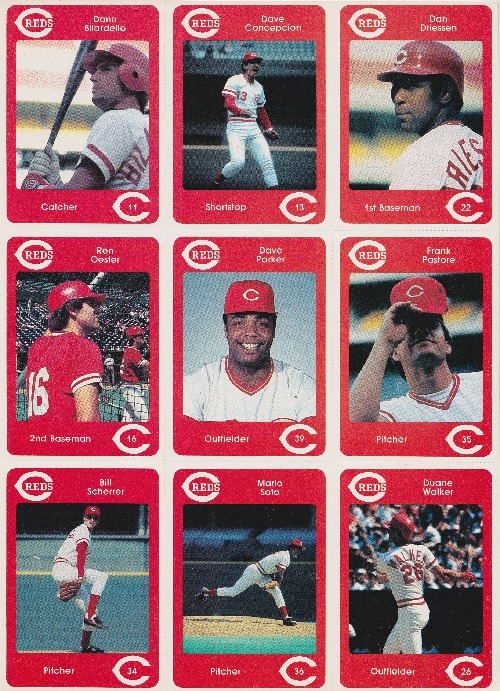 The Reds welcomed Dave Parker to the fold in 1984 as the team’s first major free agent signing. 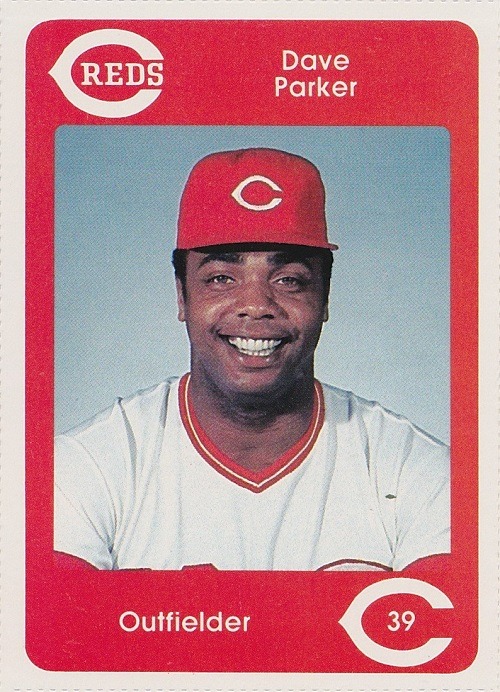 The Reds also brought Tony Perez back to Cincinnati as his career was winding down. For the Perez card, I am assuming the Yearbook editors used a 1970s photo of the Big Red Machine alum. Photoshop was not a thing back in 1984, and Perez hadn’t suited up for the Redlegs since 1976. 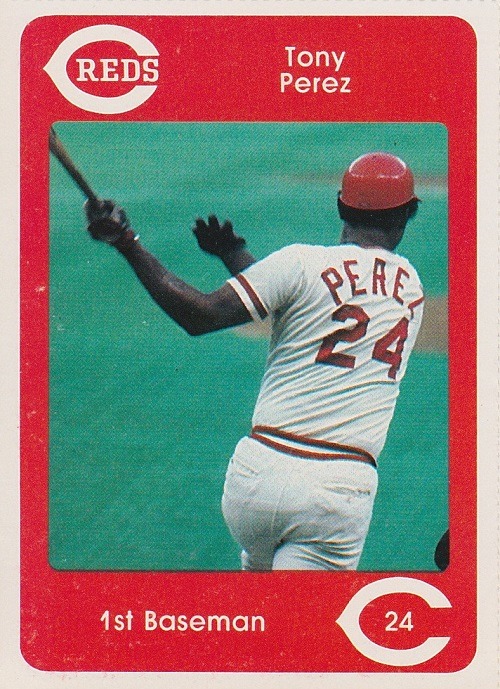 Pete Rose was acquired later in the season and was handed the manager’s job, but Vern Rapp started the season as skipper. 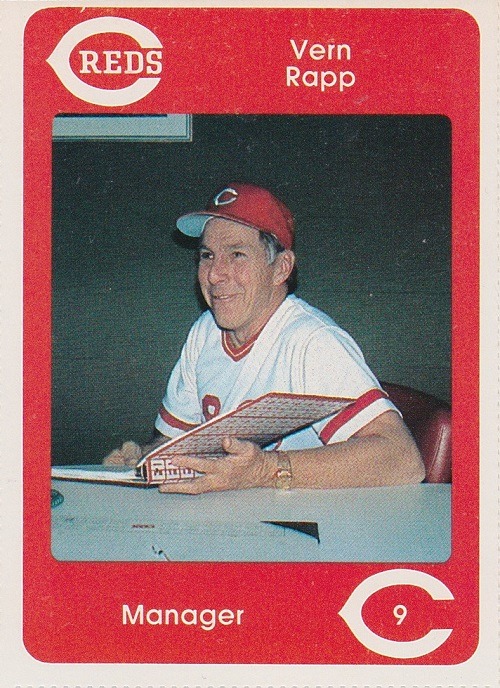 There was one player who started and finished the decade with the Reds with little interruption. Besides an injury rehab assignment in Chattanooga and Nashville in 1988, Ron Oester was Mr. Cincinnati throughout the entire decade of the 1980s. 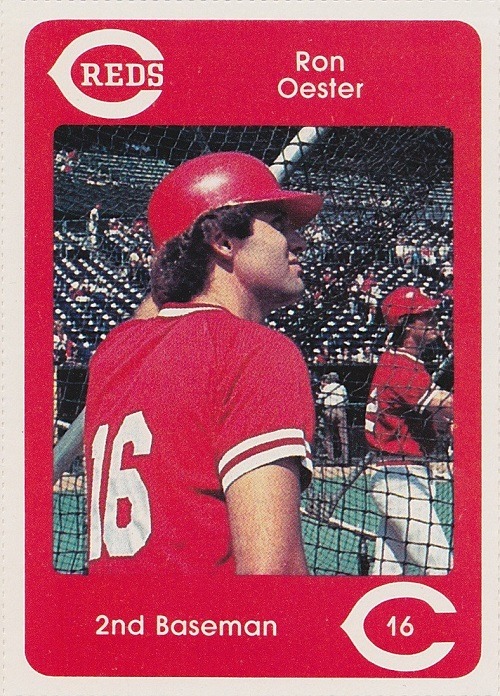 Ron Oester was a lifetime Cincinnatian. Born in Cincinnati, he played high school ball at Withrow High School, and played his entire big league career for the Reds. He almost became the Reds manager in 2001, but the team low-balled him and ended up signing Bob Boone to skipper the team. Oester was inducted into the Reds Hall of Fame in 2014 along with Dave Parker, Ken Griffey, Jr., and 19th century star Jake Beckley.

Despite providing a solid bat off the bench for the World Champion Cincinnati Reds in 1990, second baseman Ron Oester was omitted from the 1991 Topps baseball card set; Donruss, Fleer, Score, and Upper Deck all found room for Oester. He batted .299 in 154 at-bats in 1990, his last season in the majors.

He saw limited playing time during the regular season, but Oester was a part of the Reds’ postseason roster, going 1-for-3 in the NLCS against the Pittsburgh Pirates. That hit came in the sixth game, after coming into the game during a double switch that saw Norm Charlton replace Danny Jackson on the mound. In the bottom of the seventh inning, Oester singled off Pirates pitcher Zane Smith, then scored on a Luis Quinones single.

In the World Series, Oester saw action in Game 2 as a pinch hitter for Scott Scudder. Oester singled off the late Bob Welch and drove in catcher Joe Oliver.

Oester was the subject of a custom card on Cards That Never Were earlier this year, sharing a 1980 “Future Stars” card with future Red Jeff Reardon and never Red Al Holland.

Welcome to the Reds Hall of Fame, Ron Oester!

If there is a baffling name among the inductees for the 2014 Reds Hall of Fame, it is Ron Oester. Statistically, it doesn’t make sense. 1118 hits, 42 home runs, 344 runs batted in, and a .265 batting average in 13 seasons…Hall of Fame? Hardly. But Oester’s personality and contributions to the community told a different story. He was an ambassador for the game, a quietly consistent player on teams that included boisterous superstars such as Johnny Bench, Pete Rose, Eric Davis, and Dave Parker. He visited sick children on his own time and brought smiles to their faces when there was really nothing to smile about. Ron Oester wasn’t a great player, but he was a great person.

This quiet second baseman was never considered a huge threat with his bat, but he was consistent and reliable. In thirteen seasons, Ron Oester collected 1118 hits while batting a respectable .265 for Reds teams that were not very good. He contributed to the 1990 World Series club with some key pinch-hitting, registering a .299 average over 154 at-bats. That would be his final season as a player.

Oester’s biggest contributions came off-the-field. One of my good friends remembers Oester as a kind person who visited her terminally ill brother during his final days in the 1980s. While several players visited with the young elementary school boy, Oester made several return visits and checked on him often, bringing him joy when there was little to be found. Ron Oester was a hero to the young boy and is remembered fondly by the family still today.

I have had the opportunity to meet Oester twice at Redsfest, and he is still a very friendly guy, smiling and talking to fans as they go through the autograph line.

After meeting one of my childhood heroes, it was time to move on to another autograph session. You don’t have time to rest at Redsfest!

At the Reds Hall of Fame and Museum booth, Ron Oester was scheduled to appear along with Ted Power and Dave Collins. I’ll be honest, I was shocked to see Collins on the list of players scheduled to appear, and yes, I was doubtful that he would show up. It turns out my doubts were not without merit. Oester and Power were there, Collins was nowhere to be seen.

But there is more to Oester than his baseball career. He is also a caring person, and demonstrated that with a young boy in the 1980s who suffered from a disease that eventually took his life. The entire Reds team visited the young boy, but Oester made an impact on the family more than any other. I am good friends with that boy’s sister, and she told me how much Oester lifted her brother’s spirits when nothing else could.

The cards my son and I got autographed are below. Oester took special note of the minor league card, mentioning that he doesn’t see those very often. The 1989 Score card belongs to my son.

#Redsfest was a blast!

I will post photos and scans of autographs later because I really want to go to bed right now…but I had a great time! Signatures were secured from Tom Browning, Todd Frazier, Eric Davis, Ron Oester, Ted Power, Chuck Harmon and Bronson Arroyo! GREAT NIGHT!

guys who had previously been Reds…

guys who had not yet been but would be Reds…

guys who are in the Hall of Fame…

guys who are in the Reds Hall of Fame…

guys who should be in both Halls of Fame…

guys who are banned from the Tracy Jones Fan Club…

and guys on Canadian cardboard…

There was one slight problem with the order concerning a 1990 Ken Griffey Jr. card, listed as O-Pee-Chee but it was actually Topps. According to Wikipedia, “In 1990 O-Pee-Chee printed a set virtually identical to the 792 card Topps set complete with the Topps logo. The only differences between the two are the bilingual reverse sides and the copyright line.” The card I received was clearly the Topps version, so I contacted the seller. Within seconds, he responded stating my money ($1.26) had been refunded for that purchase and to keep the card.

That’s a great seller. He has a bunch of other stuff listed right now, so go check out his shop and buy some stuff from him.