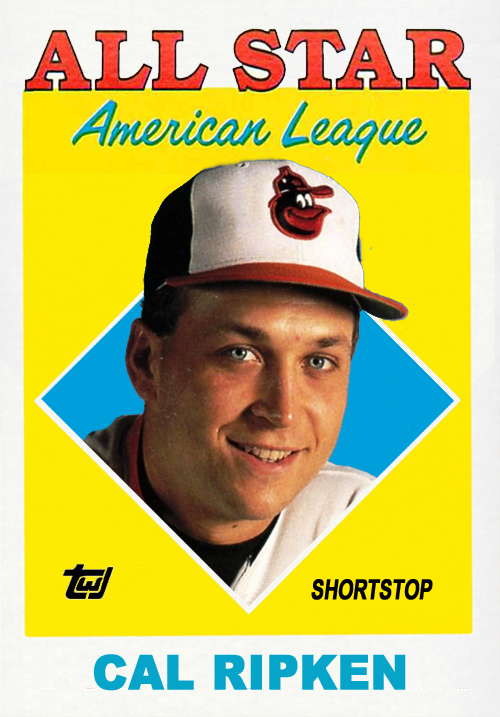 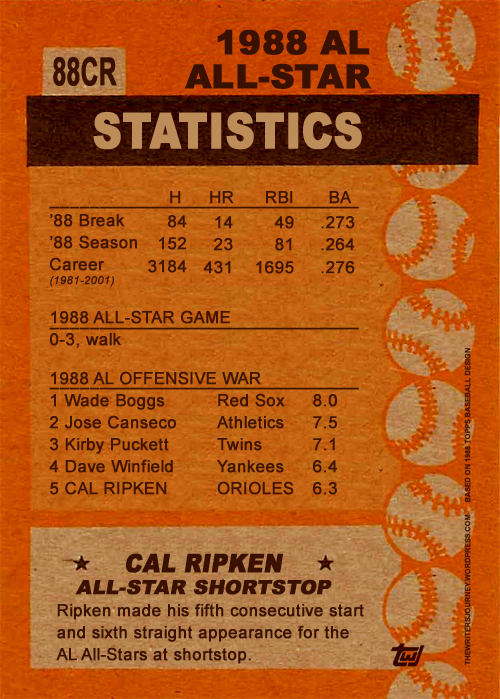 Alan Trammell was elected by fans to start the 1988 All-Star Game at shortstop, but did not play due to injury. Cal Ripken Jr. was a fine second choice. 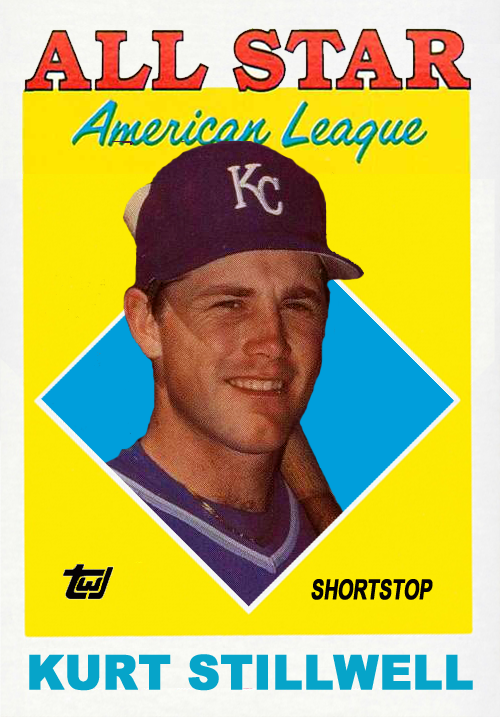 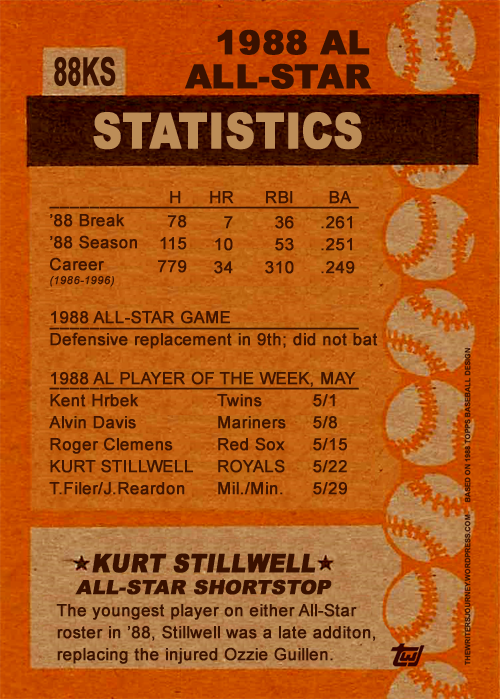 Kurt Stillwell returned to Riverfront Stadium for the first time since the Reds traded him to the Royals for Danny Jackson over the off-season. By all appearances, he enjoyed seeing Barry Larkin again. Stillwell was added to the All-Star roster as an injury replacement for Chicago’s Ozzie Guillen. 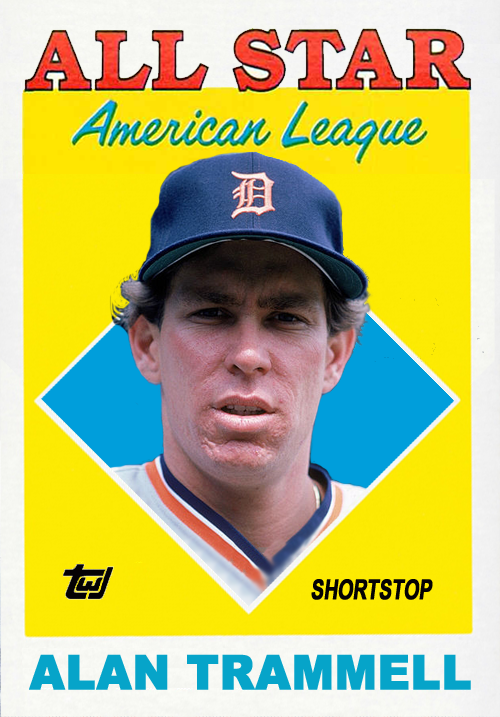 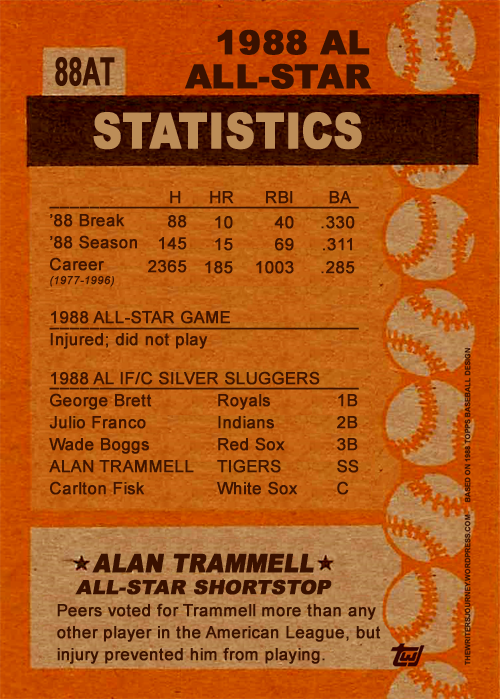 Here are the results of the USA Today players poll: 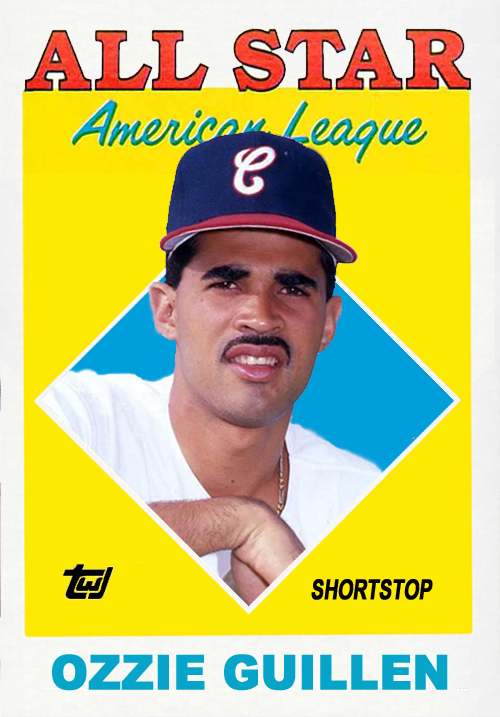 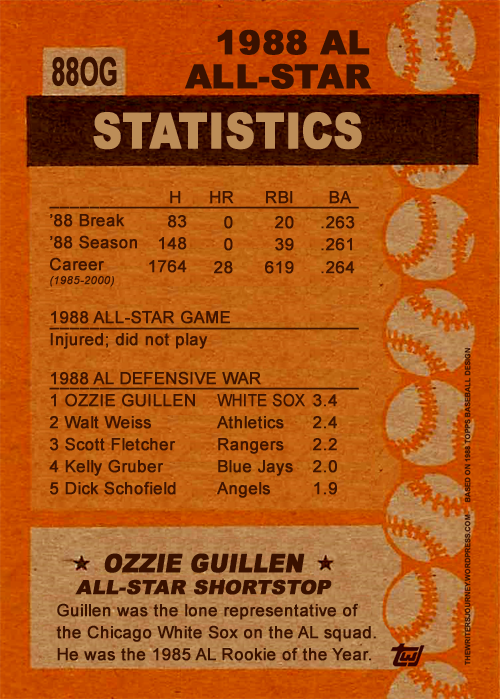 Ozzie Guillen represented the White Sox in Cincinnati in 1988, but did not play due to a nerve injury in his right leg. The visiting clubhouse attendants pranked Guillen before the game. A steel cage in the visiting clubhouse housed a fake mongoose; veterans of the prank would approach the cage warily, rattling the cage, until an curious, unsuspecting player got too close. That’s when a spring was sprung and the ball of fur leaps…just like the victim. Many rookies fell victim to the gag through the years, and Guillen took the prank in stride, saying, “It was really something funny.” To recap the actual 1988 All-Stars at shortstop…

Starter Cal Ripken and reserves Alan Trammell, Kurt Stillwell, and Ozzie Guillen. Trammell was voted to start by fans, but missed the game due to a hairline fracture. 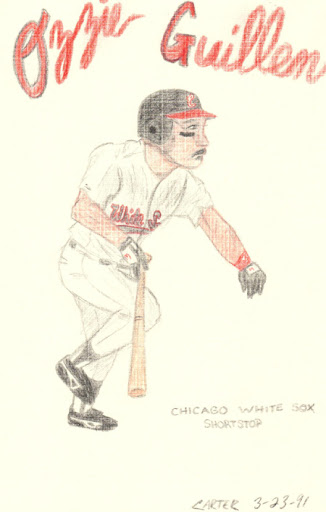 Never in a million years would I have believe you in 1990 if you had told me that Ozzie Guillen would one day be a big league manager.

My trip to Nationals Park

I’m still working on organizing the 600+ photos taken at Camden Yards last week, so give me a few more days to upload some from the O’s/Marlins game that I attended. But here are a few of the photos from the Nationals/White Sox game on Father’s Day that I attended with my 10-year son.

Freddy Garcia can’t beat out the throw to Adam Dunn

I also made some cards for the 2010 Goose Joak set using these and other photos.

Steve, along with the majority of the baseball card blogosphere, hates the randominity of Topps’ “What If” cards. Cy Young appearing on the 1987 Topps design just kills him. I, on the other hand, love them. Well, not love. But like. Very strong like. You see, I all but hate modern baseball. I like Griffey and I kind of follow the Reds (kind of being a very strong phrase), but other than that I would much rather watch reruns of the 1975 World Series…even game 6.

In a post about Eddie Gaedel, Steve made a card that never was (1951 Bowman) as well as a card that, in his opinion, should never be (1986 Topps). Frankly, I like the 1986 Topps Gaedel quite a bit. But that’s beside the point. In the comment section, I joked that I would make some random custom cards with Steve in mind, like Ozzie Guillen on a football card design, and a Frank Thomas on a Star Wars card design. So, without further ado…