Here is the final submission from Jere Chandler, a pair of 1989 Upper Deck “fun cards” featuring rookies Aristides Aquino and Nick Senzel. I love the 1989 Upper Deck set, even though I couldn’t afford them when they were first released. It was only a few years ago I finally took the plunge and picked up the Ken Griffey Jr. rookie. 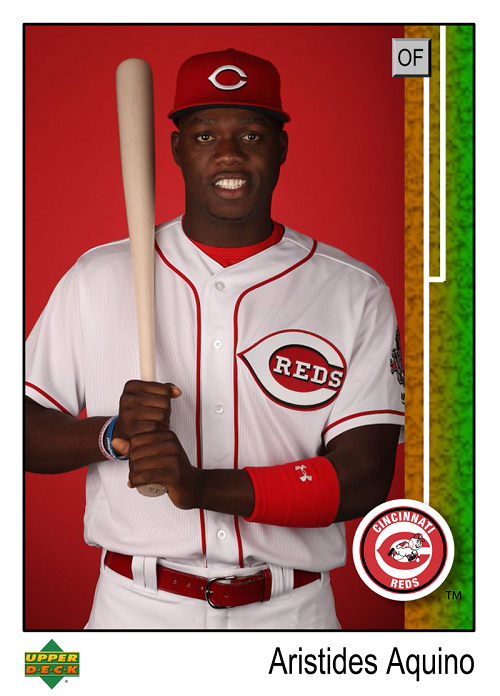 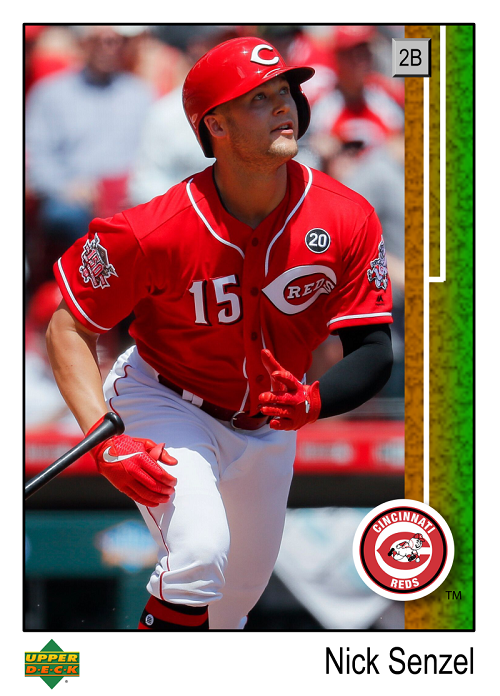 These rookies look spectacular on the 1989 design, and I love the Reds logo that Jere used. It looks perfect.

Thanks again for sharing Jere! From now on, readers can check out Jere’s customs on his brand new blog: Alternate Reds! Be sure to add his new site to your blogroll and check it for awesome new content!

Here is part 2 of Jere Chandler’s “fun cards” that he shared with me yesterday.

Nick Senzel is the one who got all the love earlier this year, but Aristides Aquino has put up the numbers. Will either one actually receive a little trophy on his card next year? I haven’t followed the rookies league-wide much this year except for the Blue Jays dudes, so I can’t say for sure. Who do you think should be All-Star Rookies? 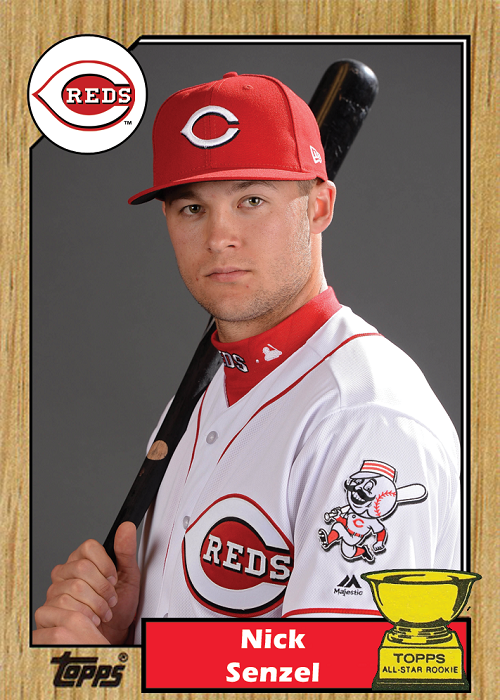 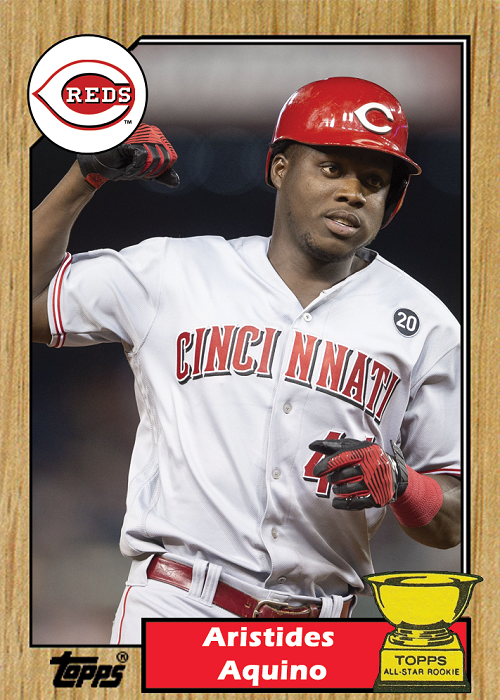 No offense to Jere, but I’m tired of 1987 Topps baseball. It’s an all-time classic design, no doubt, but Topps has shoved it in our faces so much over the past few years I’m just ready to never see it again (or at least until 2036 when it is used for Heritage, assuming I did my math correctly, which is a dangerous assumption). 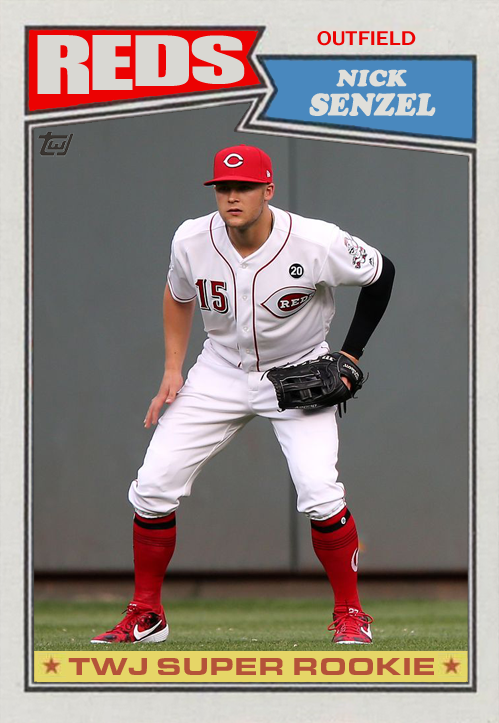 Man, this has been a rough season so far. So much potential, such high expectations, such frustrating results. Friday’s game was an absolute disaster, losing 12-11 in extra innings after taking an early 8-run lead. It was the debut of phenom Nick Senzel, who is under a great deal of pressure to get the offense back on track. He walked twice, scored a run, and got an infield hit. Not the worst debut in history, but it would have been nice if the team had won the game.

They did hold on Saturday night in a 9-2 nailbiter, and Senzel launched his first home run of his career, a 379-foot solo shot off Dereck Rodriguez. It was his only hit of the night. But hey, it was a hit…and the team won!

The Reds are playing .500 ball with Senzel in the lineup. They have scored 20 runs since his call-up. I would say that’s a good start. Also in the mail today was a package from Phillies fan @Crawdad79. He sent a slew of 2018 Topps that I’ll be able to use for TTMs and trades, but also helped finish off my Reds non-SP team set with Billy Hamilton… He also sent some Bowman Platinum cards, including a couple of guys who will hopefully shine for Cincinnati for many years to come, Nick Senzel and a very sparkly Taylor Trammell… Scott, I’ll be digging through some boxes for Phillies cards to send you this weekend. Thanks for the Reds!

Still waiting for the Reds to make that late-inning comeback and start the season right!