I don’t really collect these, but… 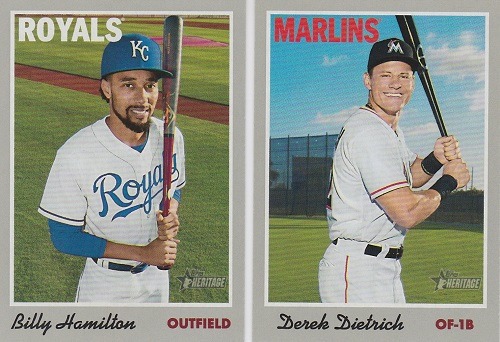 These are a couple of the cards I pulled from the Heritage hanger I received on Father’s Day this year. I’m a Reds collector, but even though these guys aren’t wearing Reds uniforms, they are well known in Cincinnati.

Billy Hamilton was one of the great prospects for the Reds before fans realized he couldn’t get on base. Yes, he had blazing speed, but he couldn’t use that speed unless he got to first base. So the Reds cut ties with him over the off-season, the Royals picked him up in December, and Topps was able to snap a few shots of him with his new team in time for the Heritage release.

Derek Dietrich, on the other hand, is a newcomer to the team. He spent the first six years of his big league career in Miami and signed with Cincinnati as a free agent in February. Alas, Topps was unable to get Dietrich wearing his new uniform before going to press, so he appears as a Marlin in Heritage.

Will these cards remain in my collection? I have not yet decided. I don’t collect Royals or Marlins, but both of these players have Reds ties. Should I start a new collection of “players not wearing Reds uniforms”? I would not collect them all; I have no use for cards of Danny Jackson with the Phillies or Randy Myers with the Mets or Todd Benzinger with the Red Sox. I like seeing Jose Rijo cards before he came to Cincinnati, but I don’t really need to collect them. I think pictures on the internet suffice.

Back to the Hamilton and Dietrich cards. I don’t really collect these, but I can’t quite bring myself to get rid of them. At least not yet. 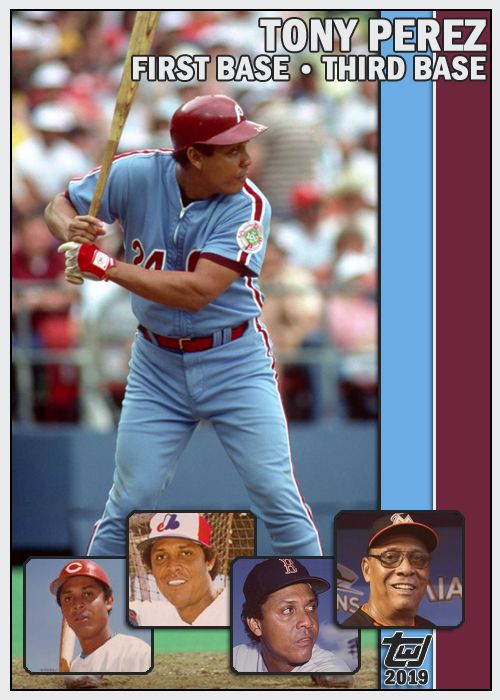 Another guy who never should have been traded, especially for Woodie Fryman and Dale Murray. I mean, seriously? Tony Perez wasn’t flashy like Pete Rose or an all-time great at his position like Johnny Bench, but he was a key part of the Big Red Machine. Okay, so he was on the decline and Dan Driessen showed some promise, but I don’t know if the fans will ever forgive the front office for letting the Doggie get away in 1976. After seven years in the wind, Perez came back to Cincinnati to finish out his career. 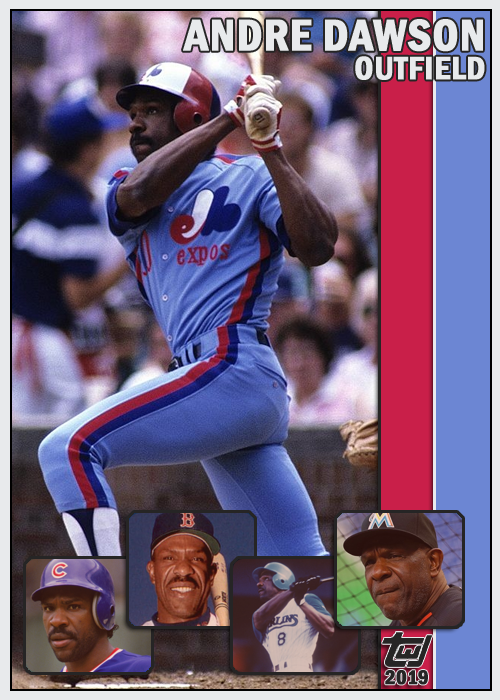 One of baseball’s brightest young pitchers, Jose Fernandez of the Miami Marlins, perished Sunday morning in a boating accident. He was born in 1992. This is a sober reminder that death does not discriminate; death does not care how young or old or rich or poor you are. Make sure you are where you need to be.

Find a local church of Christ in your area. Call them. Ask them to study with you, so that you can learn what you need to do to have a right relationship with God. If you cannot find a local church of Christ, e-mail me and I will try to put you in contact with someone in your area. If I can’t find someone, I’ll study with you on-line via e-mail or Facebook or Twitter.

Think about your soul right now, today. Don’t wait until it is eternally too late. Reds fans knew at least one starting pitcher would be dealt during the off-season. Johnny Cueto, the ace, and Homer Bailey, with his long-term contract, were not likely candidates to depart Cincinnati. Mat Latos and Mike Leake were the two most talked about possibilities (perhaps because everyone forgot about Alfredo Simon, despite his stellar first half in 2014). Leake will stay put with the Reds; Simon is now a Tiger; Latos returns to his home state of Florida for the 2015 season.

I believe the Reds gave up too much for Latos in 2011, even though the four players sent to San Diego have not amounted to much. Sure, Edinson Volquez had a nice year with Pittsburgh in 2014, but that was after five subpar seasons. I hope Kansas City gets their money’s worth for him. Back to Latos, though. I believe the Reds bought high and sold way too low. The biggest problem Cincinnati faced during the off-season was left field, but that problem was ignored in both trades. They unloaded payroll without adding much talent.

Getting rid of Latos’ salary was important, especially if they are able to put some of that cash toward retaining Cueto, but the failure to address the current or future personnel needs of the organization is troubling.

Also troubling is the interview published by Ken Rosenthal on FoxSports.com over the weekend. Latos spoke with the writer about leadership issues that he saw within the Reds clubhouse after the departures of Bronson Arroyo and Scott Rolen. However, the pitcher did not indicate that he tried to address those issues while he wore the Cincinnati uniform.

“When Scott was there, we had guys doing exactly what they were supposed to do. After Scott left, we had guys with two years in the big leagues, in the clubhouse, on their phones, laying down in the video room, just hanging out during games, not in the dugout, not cheering their teammates on. Our dugout looked like a ghost town. After Bronson, the same exact thing. We had starters in there roping our (clubhouse attendants), like, cattle-roping our clubbies. Guys on their computers, buying stuff, hanging out in the clubhouse. We had a guy with a year-and-a-half in the big leagues wandering around the clubhouse, hanging out. We had a closer in there sleeping until the seventh inning.”

The Reds had several players that could have (and apparently should have) stepped up and put a stop to this behavior. Homer Bailey, Joey Votto, Brandon Phillips, Ryan Ludwick—all veterans with experience who should be teaching the younger guys the proper way to act in the big leagues. This is definitely an issue that Bryan Price must address during spring training, but it is up to the players to enforce it during the season.

I again question Latos’ willingness to address problems with his former team, but failing to act while he was here. That kind of openness is generally frowned upon by management, and the Bledsoe Brothers might want to address that with their client so he doesn’t diminish his free agent value when the 2015 season ends.

Thursday was an active day in baseball with several high-profile players changing teams, including Matt Kemp and Yoenis Cespedes. Unfortunately, the Cincinnati Reds did not land either of those sluggers to fill the emptiness that is left field. Despite failing to address the biggest need on the team, Walt Jocketty traded starting pitchers Mat Latos and Alfredo Simon, picking up four youngsters from the Miami Marlins and Detroit Tigers in exchange.

Eugenio Suarez, Jonathon Crawford, Anthony DeSclafani, Chad Wallach are the newest members of the Reds organization. Crawford was Detroit’s first-round draft pick in 2013 and posted a 2.85 ERA in 23 starts for the West Michigan Whitecaps in 2014. Wallach has baseball in his blood; his father is Tim Wallach, the five-time All-Star third baseman.

Thanks to TWJ contributor Patrick for whipping up these awesome customs. Hopefully the Reds continue to wheel and deal without “going all in” by sending Johnny Cueto packing.

Another late entry into the Fan Pack Challenge for 2012, the Miami Marlins’ fan pack arrived late last week with a few very large postcards, a sticker, and a couple of pocket schedules. Not the greatest fan pack in the world, but at least they sent something. I found it somewhat amusing that they sent a photocopy of the current roster, with names such as Hanley Ramirez and Omar Infante crossed out.

Where will Albert go?

The biggest question of the off-season for the baseball fan has been, “Where will Albert Pujols play in 2012?” Most were fairly certain that he would re-sign with St. Louis, because he looks so good in red. But maybe he’ll go to Miami, where the Marlins are spending money like it’s going out of style. There is always the chance he will end up playing his home games at the Friendly Confines, too. And of course, the Yankees have all the money. Where do you think he will go? Would you even want him on your favorite team?