Masters of the Universe: Revelation (A spoiler-free review by Josh) 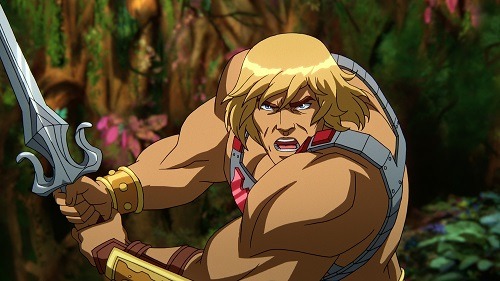 As I write this, it’s just after 4 AM in my dinky little apartment. My living room is dimly lit with the glow of the scrolling credits of my most highly-anticipated show of 2021, scratch that, of the last ten years, no, scratch that too. Masters of the Universe: Revelation is quite possibly my most highly-anticipated show ever. In the twenty-some-odd years I’ve been on this planet I don’t think there’s ever been this much build-up to any entertainment property that I’m a fan of.

Sure, as a Star Wars fan, the road to The Force Awakens was magical. Regardless of your opinion of the film itself, or the sequels as a whole, that moment in the first trailer where the Millennium Falcon‘s theme plays as it rises into the frame was pure hype. The year leading up to that film’s release was unlike anything I’d experienced. I grew up on Star Wars, so seeing Han and Chewie come home in that second trailer was beyond cool. And then the film came out, and I remember the feeling that washed over me as I sat in that theater on opening night as John Williams’ theme began to play, and those familiar golden lines began to crawl: pure, unadulterated bliss.

Fast forward a few years, and I find myself in a strikingly similar position. In the same way that I grew up with He-Man, I grew up with Spider-Man and, on occasion, some of his amazing friends. While I never saw the first Avengers in theaters, I found myself engrossed in the story that Kevin Feige and his team decided to tell, starting with 2008’s Iron Man. From the next release, Iron Man 3, onwards I found myself in those uncomfortable theater chairs opening week for every film Marvel Studios put out. Through the ups and downs of phases two and three of the Marvel Cinematic Universe I was enthralled by the interconnected story and converging plotlines that ultimately led to Endgame, the culmination of what would later be called the Infinity Saga. It was both a love letter to the characters who originated the universe and carried the central throughline, as well as a genuine love letter to the fans who had supported the franchise for the first 10 years.

After those two monumental experiences, I thought I’d probably had my fill. Nothing could top the excitement and joy I experienced for those two franchises I grew up on reaching the pinnacle of Hollywood magic. And I was almost right. There are very few things in the world of entertainment that I love more than Star Wars and Superheroes. In fact, there’s only one: Masters of the Universe. The brief descriptions above of how excited I was for The Force Awakens and Endgame cannot begin to describe how I felt when I first heard about Masters of the Universe: Revelation during Power-Con. I’m not gifted with the ability to string words together in any meaningful way to properly convey my love for this franchise. From the very first poster revealed at Power-Con, to the stellar voice cast announced later on, and finally to the teaser dropped about a month ago and the full trailer that aired in early July, the anticipation only grew. And now that the series, Part 1 at least, is finally here… does it live up to the hype? 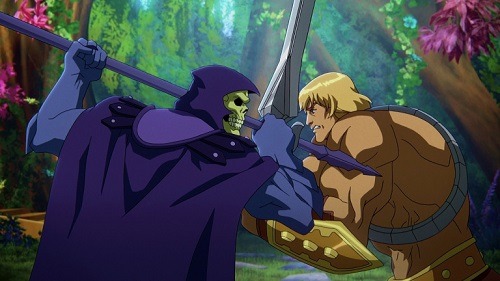 If you’re looking for a one-word answer: no. And it pains me to say that, it really does. I so wanted this series to be everything that it was marketed as, everything that I dreamed of seeing Masters of the Universe become since I was old enough to say “By the Power of Grayskull” myself. But there’s so much more to that “no” than just my initial disappointment. Don’t take this paragraph to mean that the show isn’t enjoyable, or worth a watch. It is, in fact, both of those things. If you’re reading this to find out whether or not you should watch this show, the answer is YES you should. If you grew up on Filmation, the 1987 Theatrical movie, or the 2002 series, then Revelation is worth a watch. While I would love to outline what ultimately didn’t live up to expectations in my eyes, I can’t do that without spoiling some of the magic. 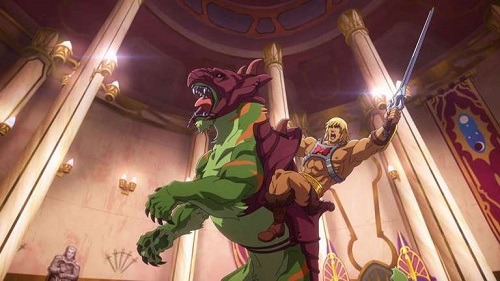 So here’s my plan: I’m going to recommend you watch the series at some point this week. If you love it, great! If you hate it, great! If you’re somewhere in-between, great! No matter where you stand, don’t judge the show based on this, or any, review. Don’t assume you know what it’s about because of all the rumors and allegations that have been flying around since the first trailer dropped. Just watch the show. Part 1 is five easily digestible 25-minute episodes, so over the next week, sit down and watch them. If you want to binge them as I did, go for it. If you want to come home from work Monday through Friday and watch one episode at a time, Filmation-style, that’s cool too. But whatever you do, don’t skip the show because it wasn’t what I wanted it to be. Watch it for yourself and form your own opinions. Next weekend, after you’ve seen the series for yourself, check back here for my spoiler-heavy deep dive into what I did and didn’t like about the series.

My name is Josh, a fan for eternity and forever a Knight of Grayskull. Until next time… 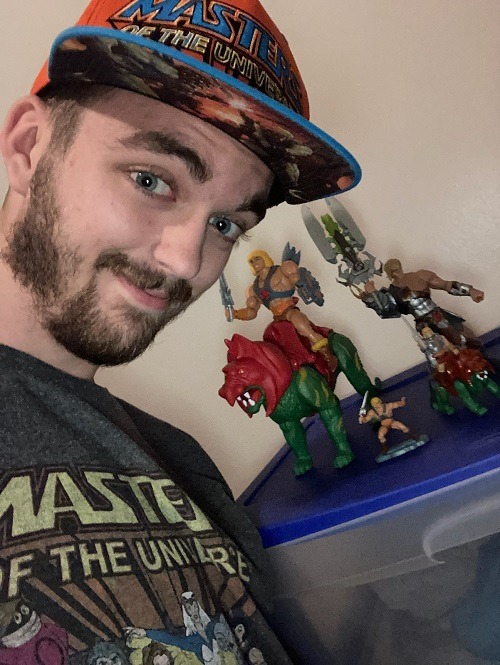