Dick Perez should be inducted into the Hall of Fame 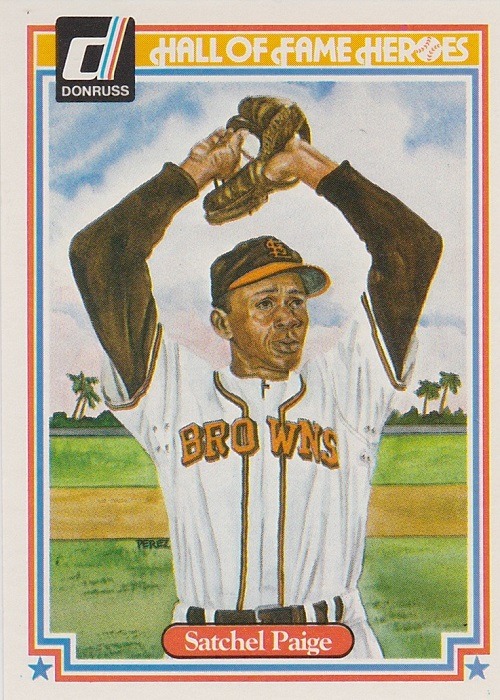 I have been a fan of Dick Perez as long as I have collected baseball cards. Some of my favorite baseball cards feature his artwork, especially the Donruss Diamond Kings from 1982-1990. When I saw this set sitting on the table at the antique mall, I knew I had to add it to my collection, even though there are no Reds in it at all. 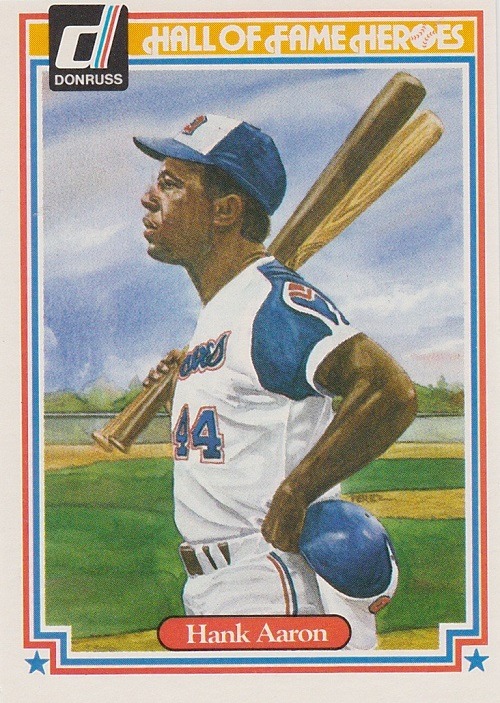 “Hall of Fame Heroes” was released by Donruss in 1983, 44 cards in all. Two Mickey Mantle cards, Hank Aaron, Frank Robinson, Stan Musial, Ted Williams…some of the biggest names in baseball history. My favorites, though, feature Negro League stars. Satchel Paige and Josh Gibson are two of the most popular players that never got the Major League spotlight for their talents in their prime. Paige did pitch in the bigs, but his legendary status was cemented before integration. 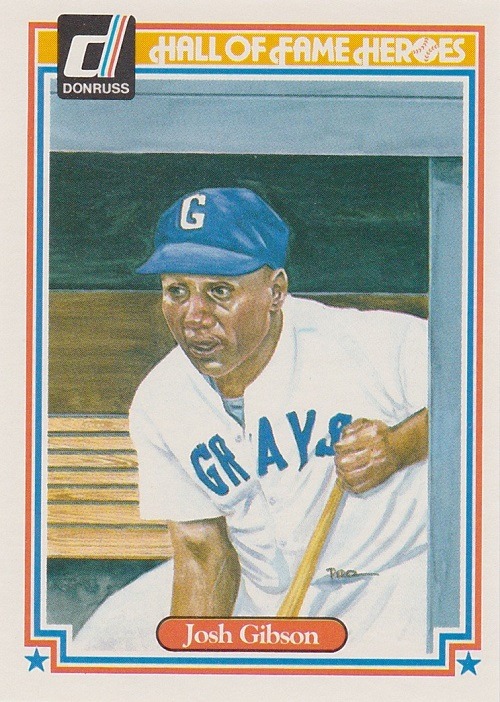 Josh Gibson never played in the majors (though the Pirates were rumored to have signed him in 1943). He died in January 1947 after suffering a stroke, and never saw Jackie Robinson break the color line.