25 Years Ago Today: Johnny Cash gets a career boost with American Recordings 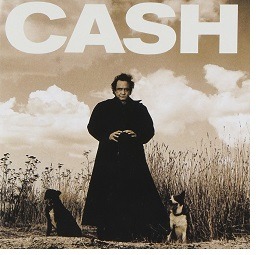 Check out this amazing performance of “Bird on a Wire” from Jon Stewart’s pre-The Daily Show talk show. In the second blind trade, only half-completed so far, I received a box of Reds from Mark at Stats on the Back. He’s cleaning out his non-Mets, much like I’m cleaning out my non-Reds…keeping a few other favorites and collections, but for the most part cleaning house. He had posted a little teaser about what was in the box, and I must say while I was looking forward to it based on that post, it far exceeded my expectations! There were several cards of Sabo and Dibble, and even a few Soto that I didn’t already have. I will be scanning those at some point in the future and posting them on my “Players I Collect” pages, but again I wanted to post a few of my favorites now…

In addition to those awesome cards, I got a card of Bubbles Hargrave. He played for the Reds in the 1920s and was included in the 1991 Sporting News Conlon Collection set. I’ve never heard of a baseball player named Bubbles before. How cool is that?

And finally, two cards that Mark received in his Trick or Treat package from Indians Baseball Cards, Bon Jovi and Vixen!

I’m tempted to post a Vixen song here, because I’m assuming most of you don’t remember the band. But Mark wrote on the note enclosed, “Consider some Bob Dylan to cleanse the metal palette. Bob can rock too.” Yes, Bob can rock too. The first compact disc I ever bought was Bob Dylan’s Greatest Hits, Volume II. But one of my favorite Bob Dylan recordings was the Nashville Skyline album, and specifically the song, “Girl From The North Country” with Johnny Cash.