I love antiquing, but these aren’t antiques

I visited one of our local antique malls Thursday night, and I went straight to the baseball card booth. I’ve shopped here on several occasions and have scored some very nice items, both for myself and for friends. Of course, my focus is Reds cards, but I don’t limit myself if I see something that I really like, even if it doesn’t quite fit into my collection. 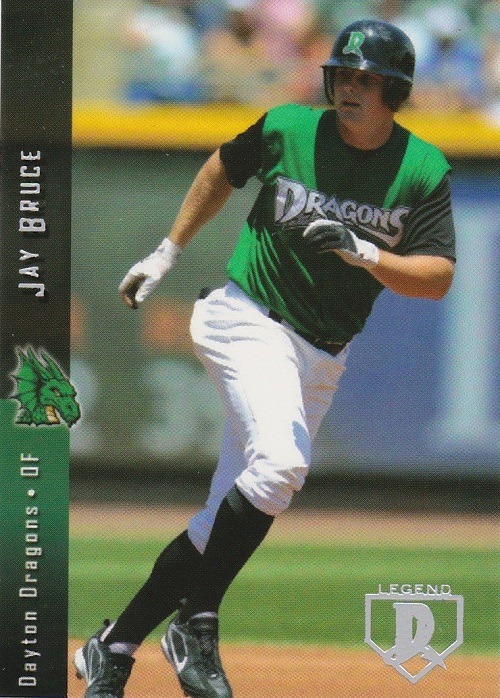 Generally speaking, I don’t collect minor league cards. More accurately, I don’t seek them out. But when an opportunity arises to grab an early Jay Bruce card at a low price, I’m on it. There were 11 cards in this pack of 2007 Choice Dayton Dragons cards; there were 33 total cards issued in 2007. I’m assuming these were a stadium giveaway in three waves, but I don’t know for sure. 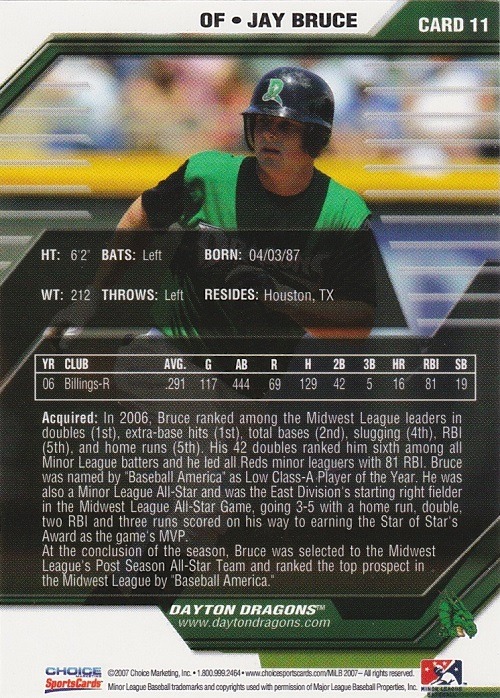 The pack also included Drew Stubbs, Chris Heisey, and several other players I don’t remember at all. The Dragons’ mascot also had a card in the set, and I love mascots. 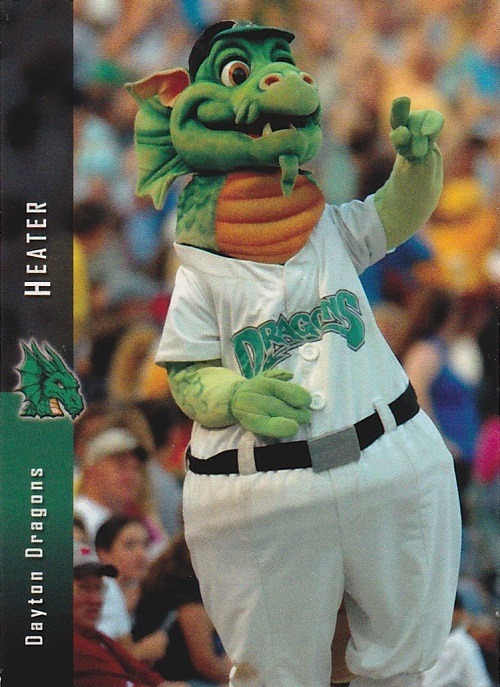 I’ve added these cards to my 2007 checklist, and wouldn’t hate it if I stumbled across the final 22 cards in the set for the right price. But I’m not holding my breath, and I’m not seeking them out.

This totally just made my day (@DelinoSr)

I made that “fun card” in August, 2010. Here’s the original. Not much wordage on that post…but it still makes me feel old.

DeShields is currently the manager for the Dayton Dragons, the Reds’ Class A affiliate that regularly sells out games. I haven’t visited Dayton for a game yet, but I would like to change that this season if the budget allows.

DeShields, Jr., played for the Astros’ Class A affiliate Lexington Legends last year. Had I known that, I would have tried to go down for a game. Travel time to Dayton is about the same as Lexington, just in different directions.

Dayton Dragons: How much do you care about fans?

Tied for the first respondent in the 2009 experiment, the Dayton Dragons shipped me three pocket schedules. That’s it. But hey, for a minor league team, I’m not going to fuss. That’s three more than some major league teams will send!

Scoring will be a little bit different this time around. Instead of receiving a point for each schedule, a team will simply get 1 point, regardless of how many schedules are included. There will also be points awarded for timeliness of the response, however. We’re going to start at 10, and each week reduce it by 1 point.

Total score for the Dragons: 11