Twice a year, a card show is hosted in the Moeller High School gymnasium. Moeller is the alma mater of two Baseball Hall of Famers, Barry Larkin and Ken Griffey Jr. I attended this show for the first time in November, 2008, and got my first Dave Parker autograph. I’m not sure why it took me a decade to go back, but last weekend my youngest son and I hit the show. No autographs this time around, just cards on the cheap, such as these Reds legends for a quarter each… If I had more wall space, I would love to add some Heroes of Yesterday artwork by Steve Douglas to my collection. But I’m not going to buy something and let it collect dust in my closet, when it could be enjoyed by someone else hanging on their wall. But Mr. Douglas was giving out business cards which featured artwork as well, and I took one featuring Chris Sabo… If you have a mancave and want to add a little originality to the walls, check out Heroes of Yesterday for some pretty cool pieces.

Of course, I grabbed a handful of non-Reds cards also. From Gypsy Queen, I scored Zack Cozart and Chris Archer for ten cents each… And Magic Johnson for a quarter… I really miss Pro Set. I miss the fun NFL. I hope the XFL lives up to the hype and restores my interest in football.

I’m not going to wait another ten years to go back to the Moeller Show, but I don’t think I’ll wait until the last day to go, either. A lot of dealers had already packed up and left, and I’m sure those who remained were picked through pretty thoroughly before I got there. It was still fun, though, and I was happy with the cards I added to my collection.

One more card from Tennessee…

My wife stopped in the Toys R Us store at the Tanger Outlets in Pigeon Forge, and emerged with two packs of 2018 Topps for me. Sadly, there were no Reds cards inside, but I did manage to pull this… I love Chris Archer. I went to a Rays game a couple of years ago (indoor baseball is weird, y’all), and Archer was pitching. They also gave away an Archer bobblehead. I don’t have an Archer PC, but I might start one. It’s really hard for me to trade his cards. The guy is just fun to watch, he has a great time on the field, and he gives back to his community: How can you not respect and appreciate Chris Archer? This purple parallel card is a great addition to my collection, even if he doesn’t play for the Redlegs. I mentioned a couple of days ago that I went to a Tampa Bay Rays game on Saturday. As a friend said, I was making lemonade this past weekend. I was presented with an opportunity to attend a pretty awesome music festival in Orlando, and booked a non-refundable airline ticket and hotel room. Much to my chagrin, the concert was cancelled. Since I couldn’t recoup my expenses, I decided to make the most of the situation. “When life gives you lemons, make lemonade.”

I rented a car for the weekend and made the trek from Orlando to Tampa (actually St. Petersburg) Saturday night to catch the Rays host the Toronto Blue Jays. Not only did I get to see a pretty spectacular game, complete with Jose Bautista and Evan Longoria longballs and a walk-off bottom-of-the-ninth hit, but I got to take home this very awesome Chris Archer “K-Counter” bobblehead. I’m not really a bobblehead collector, but I don’t turn them down when offered, and I love being able to take something home with me after I go to a ballgame.

Not only did I see a great ballgame and take home a cool souvenir, I also visited a pretty sweet museum called the Ted Williams Hitters Hall of Fame. The museum is located in the centerfield area of Tropicana Field. 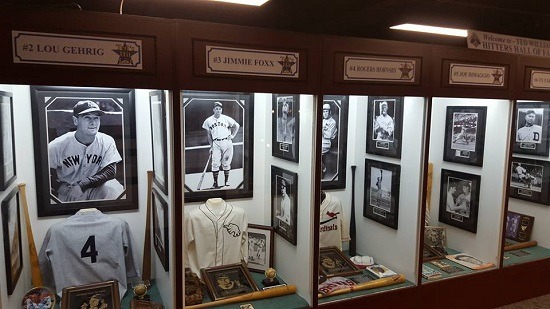 There are also a number of guys who are in the Ted Williams Hitters Hall of Fame who have not made it to Cooperstown—at least, not yet—like Alan Trammell, Pete Rose, and George Foster. It was cool to see all of this baseball history on display. 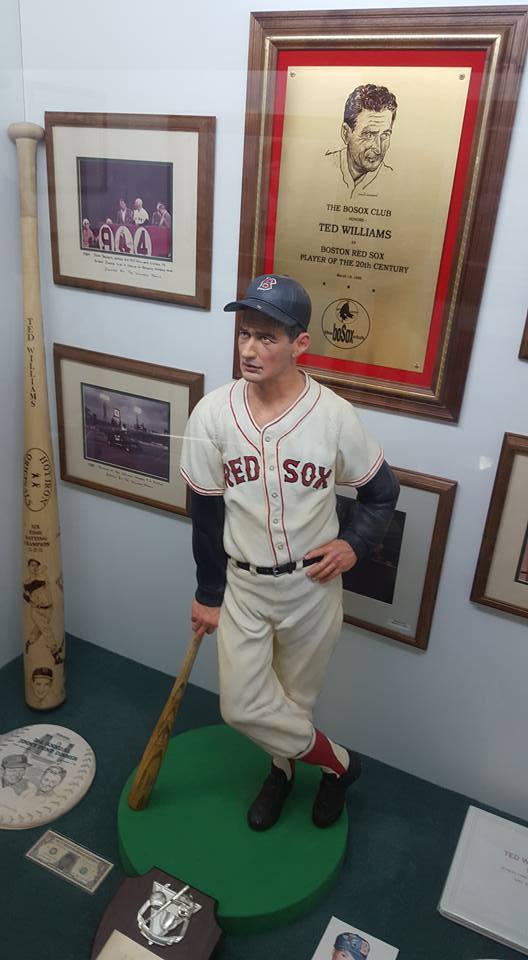 I also got to see one of my favorite American League players, last year’s Most Valuable Player, Josh Donaldson. Even if I think his haircut is quite ridiculous, he is fun to watch. And I did enjoy hearing all the Tampa fans mocking his rat tail.

I sat next to a gentleman from British Columbia, and was very entertained by his accent and constant use of “eh?” at the end of each sentence. I always though comedians exaggerated the whole “eh?” stereotype, but it’s really true how much some Canadians use it. It was difficult not to laugh every time he said it, but I managed.

I did have a smile on my face nearly the whole game. It was just such a neat experience, although really weird to watch a baseball game played indoors. And I got to cross another major league stadium off my list. I have now seen a game in nine current parks (Baltimore, Boston, Tampa, Chicago AL, Washington, Pittsburgh, St. Louis, Chicago NL, and Cincinnati), and seven that are no longer with us (New York AL, Chicago AL, Cleveland, Detroit, New York NL, Pittsburgh, Cincinnati).

After the game, I drove back to Orlando. On Sunday I visited a local church and ate supper with a cousin I don’t believe I had previously met. She grew up in Florida, and said her family did come to Ohio once when she was younger, so it’s possible we met way back then, but neither of us can remember for sure. It was great to connect with her on a non-Facebook level.

On Monday, I killed time by walking around the Florida Mall and stopping by a baseball card shop. They didn’t have any dime or quarter boxes, but they did have fifty-cent packs. I’ll show off a few of those cards in a future post.