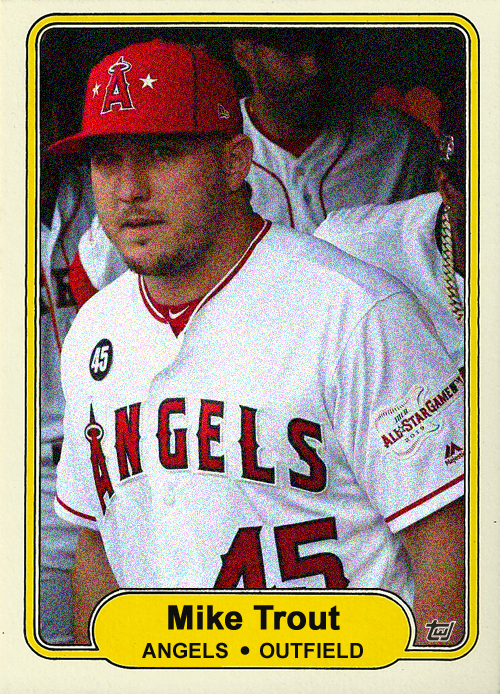 Today is a league-wide day off in baseball. I wonder how many ballplayers are going fishing? I listened to the Baseball Beyond Batting Average Podcast over the weekend*, and the ‘casters made reference to a few players with fishy names. That got me to wondering if I could fill a team of players with fish-themed names. Sure enough, I came up with quite a roster that includes Hall of Famers, All-Stars, Gold Glovers, Silver Sluggers, Most Valuable Players, and even a Cy Young Award winner. Unfortunately, I don’t have any lefties in the bullpen.

Without further ado, here’s the fishiest team in major league history, complete with WAR and honors.

Down on the farm: Zander Clarke (1B, LF) — Currently in the Giants’ organization. He attended UCLA.
Zander Wiel (1B, LF) — A product of Vanderbilt, Wiel was a 12th round pick for the Twins and is currently in Rochester with the AAA Red Wings. He has a bit of pop in his bat; I wouldn’t be surprised to see him in Minnesota next year.

* If you don’t listen to the Baseball Beyond Batting Average Podcast, you’re missing out. A lot of great, entertaining baseball talk. They are currently doing some team “Mount Rushmore” themed shows, which is really fun to think about. The show is available on just about every podcast app, so search in whichever player you use.

Purchase the soundtrack for Yesterday
featuring a bunch of Beatles songs performed by Himesh Patel! Dynastic, Bombastic, Fantastic is the story of the Oakland A’s, a team stocked with some of the best players in baseball in the early 1970s. Reggie Jackson, Joe Rudi, Dave Duncan, Catfish Hunter, Vida Blue, Rollie Fingers…they all played a key role in the team’s dominant run of three straight World Championships from 1972 through 1974. None was a bigger star—in his own mind, at least—than owner Charlie O. Finley. The businessman moved the A’s from Kansas City shortly after securing the team, and shrewdly managed his personnel until baseball’s labor laws broke down, causing an exodus of not only the A’s but many major league rosters in the late 1970s. Finley’s first major loss came when his star pitcher Hunter jumped ship, just a few years after the owner stood his ground against another young pitcher (and kept him, at the time).

But Hunter’s departure came later; from 1972-1974, nothing could stop the Oakland powerhouse. Their three-year reign saw them defeat the Cincinnati Reds, the New York Mets, and the Los Angeles Dodgers, but it was not all smooth sailing. Contract disputes, poor attendance, arguments over playing time, and Finley’s manipulation of players play a major role in by Jason Turbow’s historical account. The author freely admits that Finley, if living, “wouldn’t likely appreciate his portrayal here.”

Besides the verbal clashes with the front office, there were a number of physical fights in the clubhouse as well. Turbow says, “I detail the major dustups in the book, but omitted many others that didn’t fit into the narrative. I had a recurring experience during my interviews: Player says that it was all overblown and the team didn’t fight as much as the media made out; I recount to a player a litany of the most prominent skirmishes; player goes quiet, shakes head and grudgingly agrees that maybe there’s something to it after all.”

Dynastic. Bombastic, Fantastic is a great way to get your blood pumping for another great season of baseball.