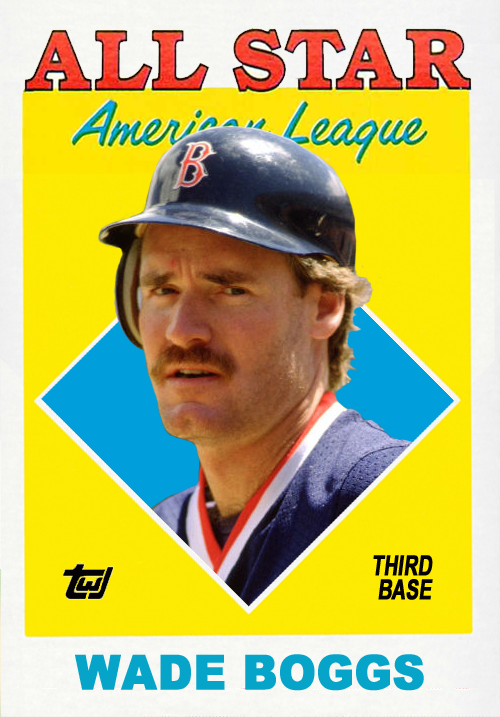 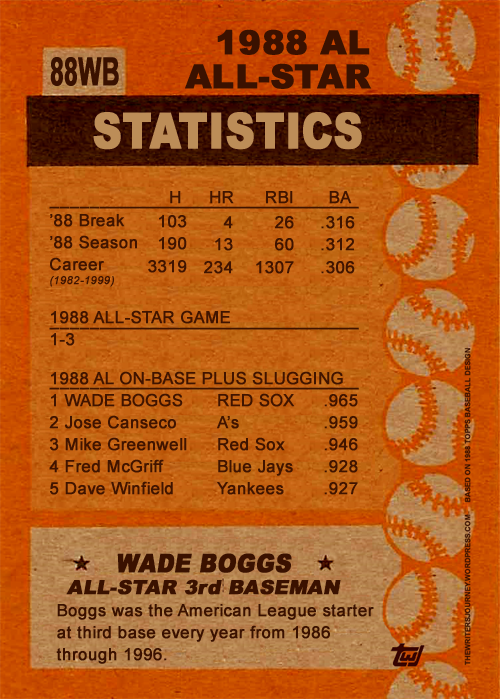 Wade Boggs was the starting third baseman for the American League, with Carney Lansford and Gary Gaetti on the bench. I posted the Lansford and Gaetti cards a couple of years ago when they were initially made, but I had not yet decided to make new versions of the All-Stars who had cards in the actual Topps set. After I finished everything else earlier this year, I decided to go back and update the actual All-Stars as well. 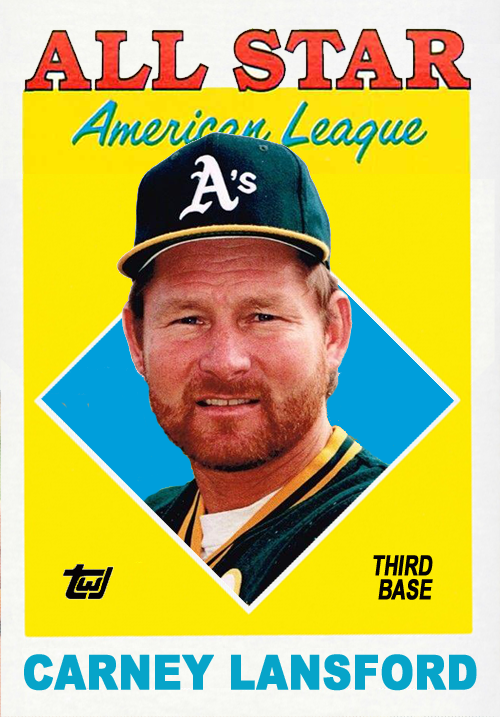 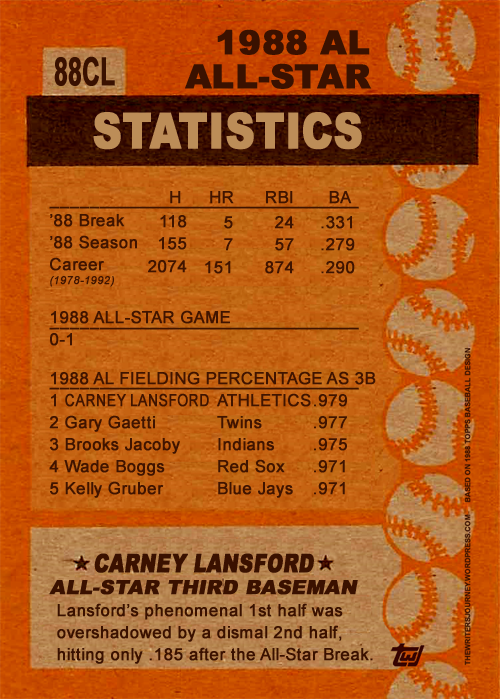 I find the inclusion of Bell on the list amusing since he didn’t even play in the American League in 1988. He lost his starting job to Chris Sabo during spring training and was traded to Houston in June. In 1988, the Astros were still a National League team (as they should be still). 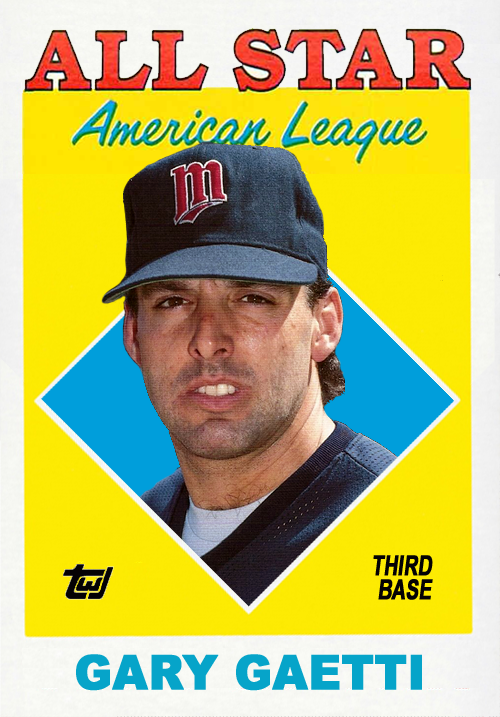 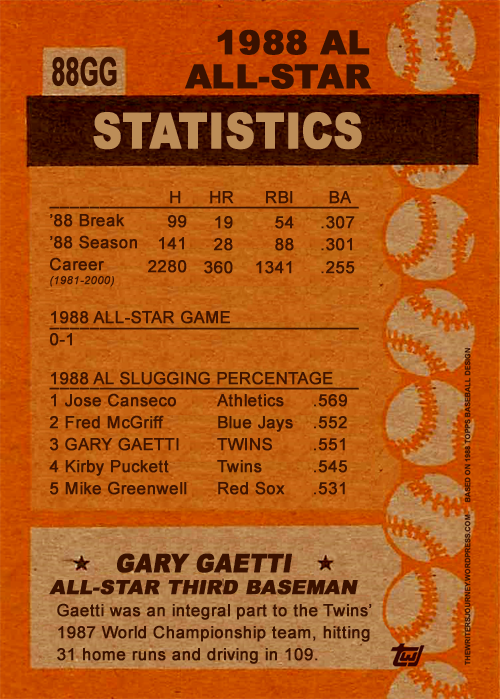 The Oakland A’s were a powerhouse in the late 1980s, with Bash Brothers Jose Canseco and Mark McGwire sending baseballs into the stands. Meanwhile, third baseman Carney Lansford put the ball into play on his way to a half-season .331 batting average. Unfortunately, he forgot how to hit in the second half and his average plummeted to .279. Lansford was often an underrated player during his career, with only one All-Star appearance to his name, but that’s what happens when you play third base in the same league as Wade Boggs and George Brett. He led the AL with a .336 average in the strike-shortened 1981 season, and ended with a very respectable .290 average.