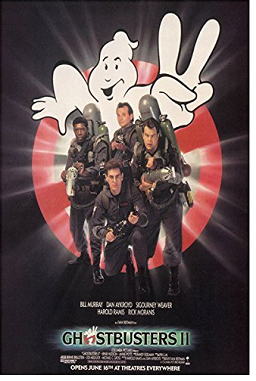 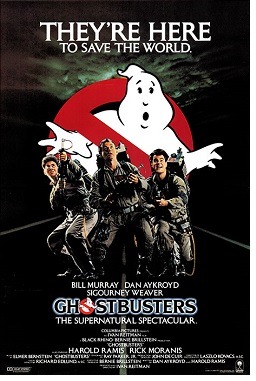 The Big Bad Book of Bill Murray by Robert Schnakenberg (2015) Bill Murray turns 65 years old today. He is one of the most beloved comedic actors of the past four decades, and his legend grows with each photobomb and impromptu kickball game. Robert Schnakenberg’s The Big Bad Book of Bill Murray, subtitled A Critical Appreciation of the World’s Finest Actor, examines the enigmatic entertainer’s professional career through all the ups (Ghostbusters

) and downs (Where the Buffalo Roam

). All of his film appearances are listed with an overall movie rating and a Bill Murray score to guide the diehard fan in what to watch first, and what to watch only if you have nothing else to do. There are also anecdotes (styled “Tales from Murrayland”) and tidbits about movies Murray didn’t appear in. For instance, Murray was apparently considered for the roles of Han Solo

Obviously, in a book this size, there is a lot of information about what Murray did not do. He could have been Buzz Lightyear in Toy Story

, and Sully in Monsters, Inc.

, and the titular character in Shrek

. But for one reason or another, he wasn’t. There are also several facts included in this book that seem extraneous, such as the fact that Murray does not find Adam Sandler

funny, he doesn’t like e-mail, he prefers Mexican Coke, and he usually dressed up as either a hobo or a ghost for Halloween when he was a child.

How can someone who is so popular be at the same time so underrated?

Murray is 62 years old today. I’m celebrating his birthday over at the new TWJ Cards tumblr page with a series of “fun cards” that will post throughout the day. The first is reposted above, spotlighting his role as Dr. Peter Venkman on Ghostbusters. Be sure to check back throughout the day for more Bill Murray TWJ 2012 cards.

A few weeks ago, 30-Year Old Cardboard made a list of his ten favorite actors. I decided I would steal the idea, but never got around to it…until now. Here we go…

Honorable mentions: Henry Winkler (the Fonz!), David Tennant (the Tenth Doctor), John Schneider and Tom Wopat (Bo and Luke Duke, respectively), and Christian Slater. I will watch just about any program or movie that features these guys because they are simply awesome.

10. Michael J. Fox – From television (“Family Ties” and “Spin City”) to the big screen (Back to the Future and Teen Wolf), he has been one of my favorites. Netflix streaming alert: Teen Wolf!

9. James Franco – I had trouble deciding where to go with Franco. Was he really top-10 worthy? Then I looked at his credentials again, and it’s a no-brainer. “Freaks and Geeks” was awesome; he is the only Harry Osbourne in my mind; his portrayal of Allen Ginsberg in Howl was fantastic. I have the 2001 TV movie James Dean in my Netflix DVD queue…hoping it gets a streaming date soon (because there are so many other DVDs in my queue, and it’s just easier to watch a stream).

8. James Earl Jones – He was the voice of Darth Vader, yo. Need I say more? Okay, I will: Field of Dreams, The Sandlot, The Bingo Long Traveling All-Stars and Motor Kings, AND The Lion King. That’s right, he was Luke’s daddy and Simba’s pop.

7. Tommy Lee Jones – This man is the definition of cool. Mr. Jones (that’s what people who are not his friends have to call him) is not only a great action actor, he can also pull off an occasional comedy. Check out Man of the House if you don’t believe me. (You thought I was going Men In Black there, didn’t you?)

6. Bill Murray – One of the funniest funnymen in history. His minor role in Zombieland was one of the highlights of that movie, and it’s a very strong 5-star movie in my mind.

5. Neil Patrick Harris – Who knew little Doogie would grow up to be such a hilarious dude? “How I Met Your Mother” is one of the very few television shows I watch today. He also does a lot of voice acting for cartoons (especially comic book cartoons). Netflix streaming alert: Dr. Horrible’s Sing-Along Blog. Don’t let the title scare you off. It’s hilarious, and also features Nathan Fillion.

3. Robert Englund – Yes, the guy that played Freddy Krueger. While A Nightmare on Elm Street will forever be his claim to fame (and rightly so), Englund has done some other great work. One of my favorite non-ANOES roles is Mayor Buckman in 2001 Maniacs, a gory flick released in 2005. There is also his role as Willie on the original “V.” Netflix streaming alert: “V: The Original Miniseries.” (Maybe Netflix should be paying me for all these plugs.)

Day 14 of the 30 Day Horror Challenge

Rule #1: Cardio. Rule #2: Watch ZOMBIELAND. If there is ever a zompocalypse, this movie may not help you survive, but it will at least entertain you until your brains become some monster’s dinner. Woody Harrelson is just as funny as he ever was on “Cheers,” and Bill Murray‘s cameo is priceless.