Anyone want to do a set break of Topps TBT this week? 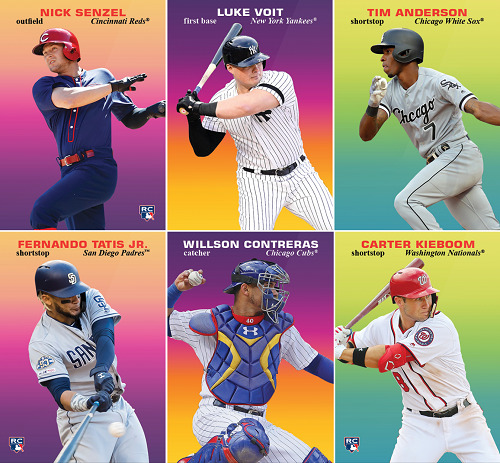 The lineup for this week’s Topps TBT set has been announced, and as usual I only want one card. I checked eBay, and that one card is more expensive than I want to spend. Maybe there are others in the same boat, so I thought I might try to organize a set break. If you’re intersted, read on…

I’m claiming Nick Senzel, you can have any other player pictured above…$3.88 shipped PWE. Luke Voit, Tim Anderson, Fernando Tatis Jr., Willson Contreras, Carter Kieboom are available. The set is $19.99, divided by six and add 55 cents for a stamp, that’s $3.88 each. This way there is no need to order the full set if you only want one card. Claim in the comments, or on Twitter, or via e-mail. First claimed, first served.

Come on Topps, you can do better

As I mentioned yesterday, I bought a Topps TBT card on eBay. I knew what I was getting, and have no complaints about the transaction; however, that doesn’t mean I’m entirely happy with the card itself.

Look at the back of the card… 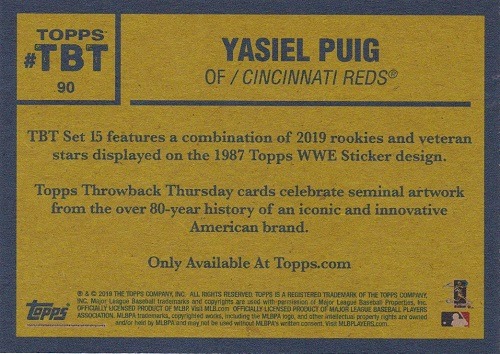 I could ask, “Could it be more generic?” But I don’t want Topps to see that as a challenge.

I would like to see more on the TBT cards. At least a line of stats? How the player was acquired? Does he have a dog, and if so, what’s his name? Perhaps, if you want to relate the design selection to the text on the back, who the player’s favorite wrestler is?

A few months ago, Barry Larkin appeared in a Topps TBT set. 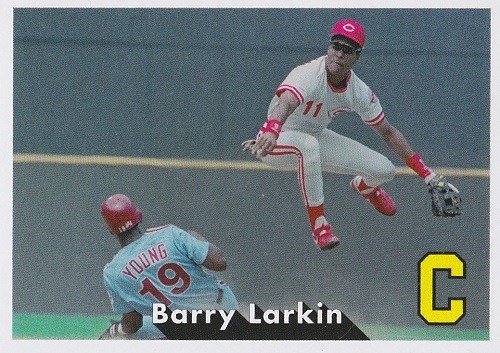 Great photo (from 1988…check out the All-Star Game patch on his sleeve). Good concept of showing team captains on a Star Trek design. But the execution on the rear… 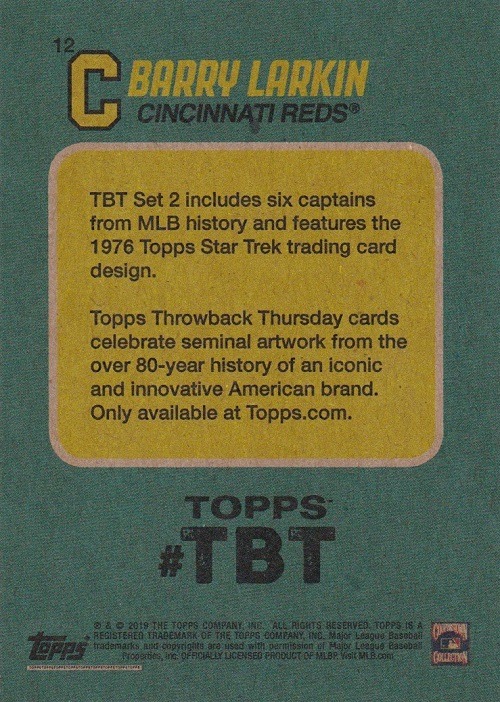 When was Larkin captain? Why? List a couple of career highlights. Mention his 2012 induction into the Hall of Fame. Something. Anything.

You really can do better, Topps. I believe in you.

(PS — For those who are curious, Larkin was named captain before the 1997 season. He was the first Reds captain since Dave Concepcion‘s retirement in 1988. Speaking of Concepcion, it sure would be great to see him included in a Topps product again.) 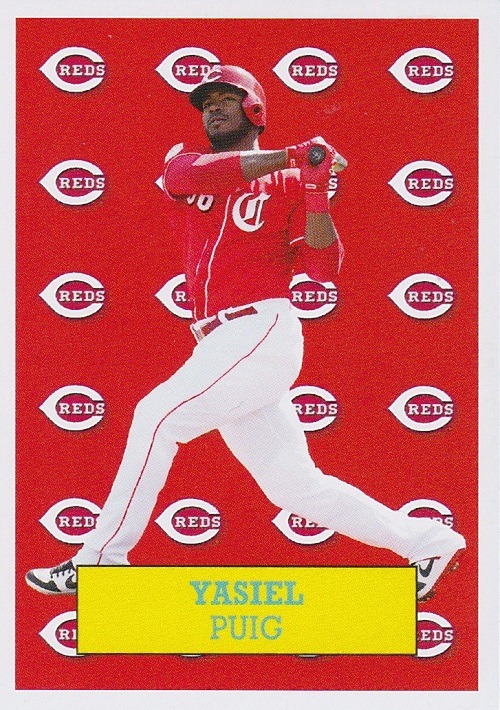 I ordered this Topps TBT card a few weeks ago on eBay. I received an email a few days ago that I should be receiving the card by May 22. I was surprised when I opened my mailbox today and found it. This is my first Yasiel Puig Cincinnati Reds card. The transaction was smooth, the seller shipped fast, he even used blue painters tape instead of Scotch tape to secure the card (in a penny sleeve) in the Ultra Pro Semi-Rigid Lip Sleeve. This seller (watzhisname) is a pro, and I will not hesitate to order from him again in the future. 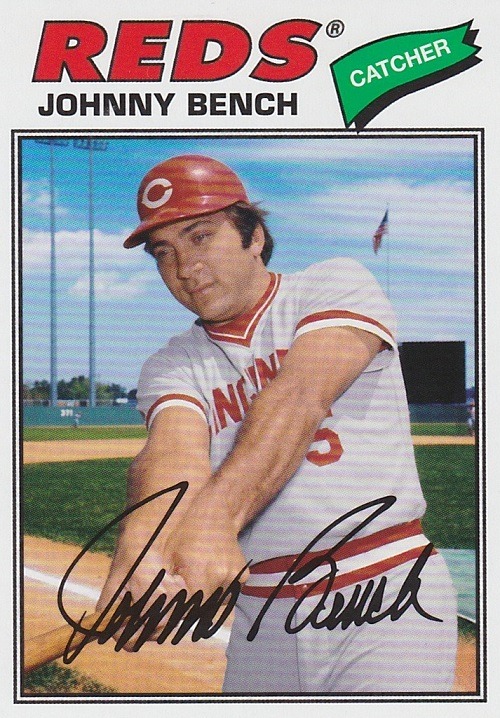 Also with the Puig card was a 2018 Topps Archives Johnny Bench ’77 style…the only Reds card I did not yet have from that set. Is good ol’ watzhisname a TWJ reader, or was this just dumb luck? Does it really matter? I can now cross another team set off the list.

Obviously I left watzhisname positive feedback, and encourage you to check out his items for sale to see if anything fits into your collection.

If you are reading this watzhisname, thank you for the smooth transaction, the fast shipping, and the bonus card!