Meet the 1994 MVP…of the Appalachian League 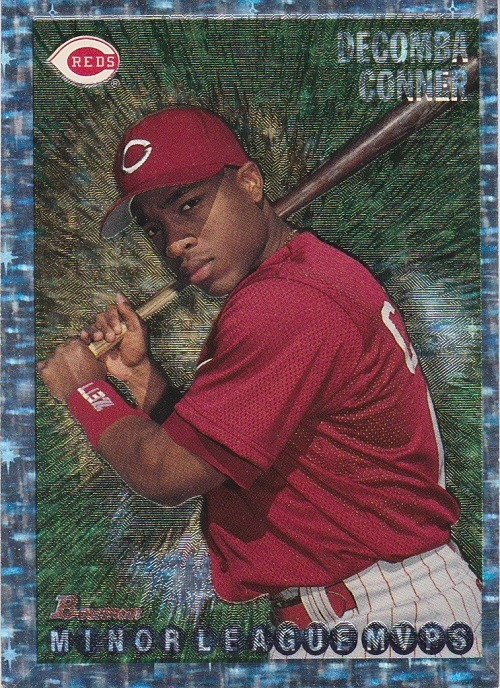 Once you get past Gregg Jefferies (1985), Manny Ramirez (1991), and Jonny Gomes (2001), the Appalachian League Player of the Year list is a veritable “who’s that?” of minor league talent. In 1994, while MLB players were on strike, Decomba Conner was tearing up the basepaths for the Rookie League Princeton Reds on his way to Player of the Year honors. He hit .335 in 46 games with 53 hits and 30 swipes.

Five years later, Conner appeared in his last professional game. He played for four organizations but never made it past AA ball for any of them. Only two players from the 1994 Princeton Reds team—the Appalachian League champs—made it to the majors. Curt Lyons pitched in exactly three big league games. Luis Ordaz was a utility infielder who played 205 games for the Cardinals and Royals from 1997-2002, and then one more game for the Rays in 2006.

These were the champs, the award winners, the top prospects. Don’t you remember them?

Before you go spending big bucks on that hot, can’t-miss prospect in this year’s Bomwan set, remember Decomba Conner. 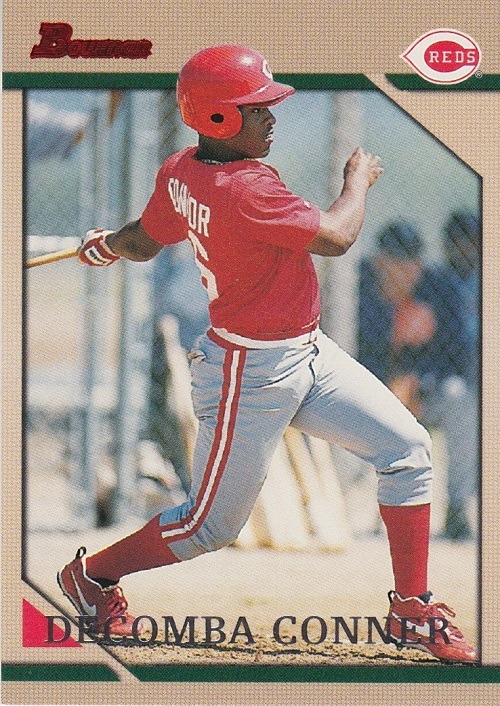 I recently purchased several Reds team sets from Matt over at Red Cardboard, including 1995 and 1996 Bowman. He still has over 300 sets available for sale if you’re interested. I haven’t made it through the whole box yet, and my wantlists are still sorely out-of-date from this and other recent packages, but I’m working my way through them and making updates as I can.

This is only a hobby. This does not rule my life.