I discovered something at the antique mall…something that has been there all along. Cramer Baseball Legends, issued in five series from 1980 to 1986, 124 cards in all…and five of them are Reds! 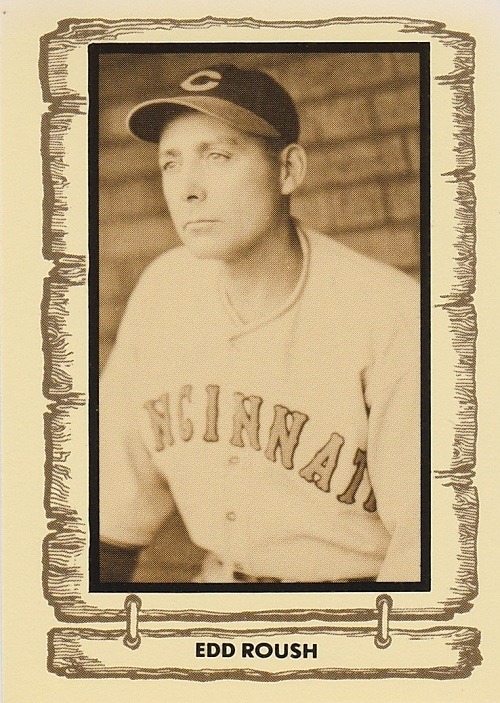 I was able to pick up two at the antique mall for less than a buck. Edd Roush, Hall of Famer who played for the Reds a hundred years ago, was the big score here. 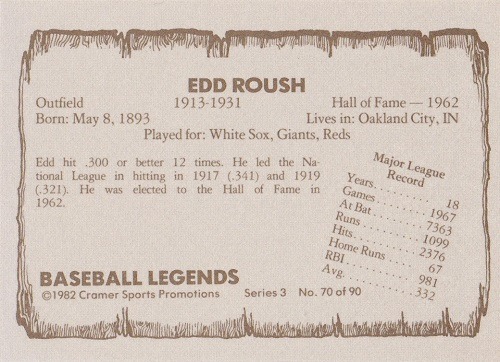 As you can see on the back, Roush was a part of the third series issued in 1982. 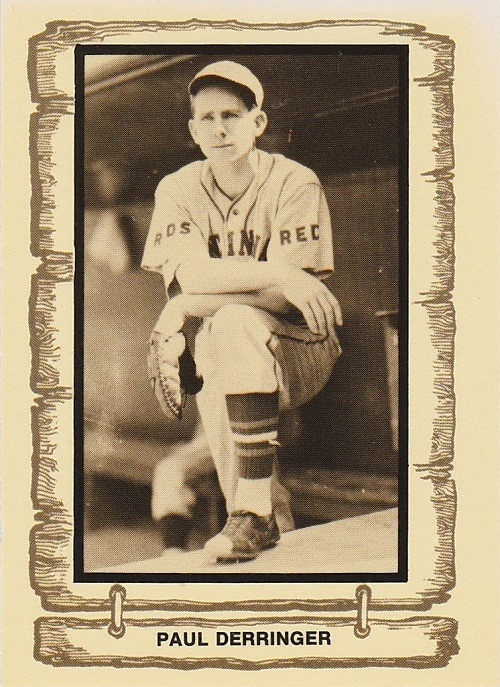 The second card I bought was Paul Derringer, who was a star pitcher for the Reds when they went to the World Series in 1939 and won it in 1940. He finished third in MVP voting in 1939 (teammate Bucky Walters won), and fourth in 1940 (teammate Frank McCormick won). The card comes from the fourth series in 1983. 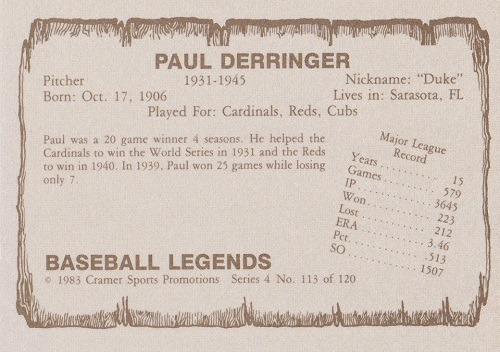 It’s nice to add new cards to my wantlists, and to be able to cross two of them off immediately. I still need three cards from the 1980-1986 Cramer Baseball Legends set: #11 Ernie Lombardi, #110 Johnny Vander Meer, and #123 Frank Robinson. If they are taking up space in your house and you want to de-clutter, I would be happy to help you out!