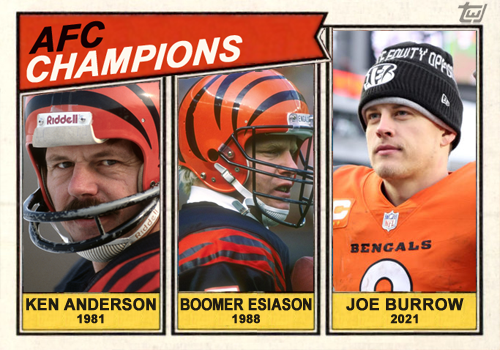 I can’t believe I just typed those words. This one is going to take some time to digest. 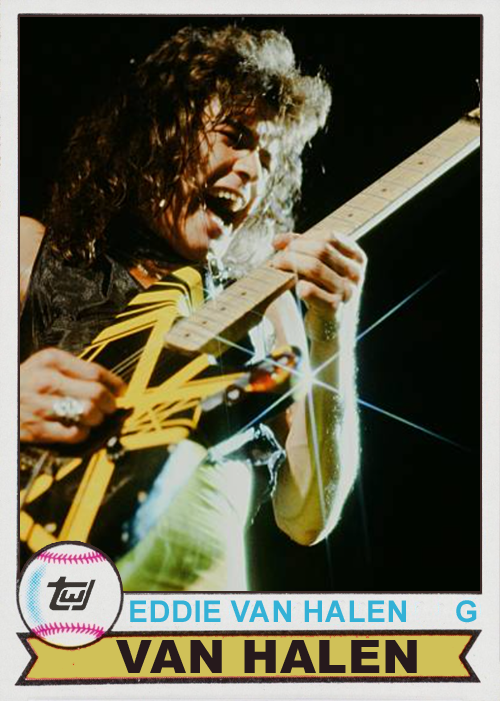 Edward Lodewijk Van Halen, the greatest rock guitarist of my lifetime, passed away today from throat cancer. He was an innovator, a magician on six strings. He was the guy everybody wanted to play like. And no one could. Not even close.

Eddie recorded music with his brother Alex (drums on all Van Halen releases), his father Jan (who played clarinet on “Big Bad Bill” from Diver Down), and his son Wolfgang (bass on A Different Kind of Truth and Tokyo Dome Live in Concert. He recorded with Michael Jackson (playing the guitar solo on Thriller‘s “Beat It”), Brian May of Queen (1983’s Strar Fleet Project), and LL Cool J (“We’re The Greatest” from Authentic). He 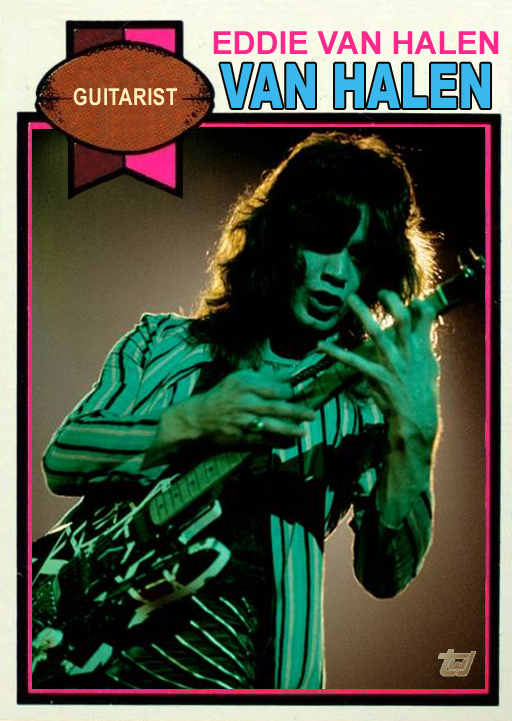 What a Long Great Trip It’s Been.. pic.twitter.com/M5pmkVi7hW

Heartbroken and speechless. My love to the family. pic.twitter.com/MQMueMF2XO

We are enormously saddened to hear about the untimely passing of Eddie Van Halen. We considered him an inspiration, an idol, and after spending a summer together on the road in '88, a friend. Sending love to Alex, @wolfvanhalen & everyone in the greater VH family.

Rest In Peace @eddievanhalen You will be missed! #Legend pic.twitter.com/A2dpG41dbS

HE CHANGED THE COURSE OF GUITAR WHAMMY BAR ROCK & RHYME… A GAME CHANGER… AND HIS MELODIC CRAZY WAS OVER THE TOP… WE’LL MISS YOU EDDIE…
LOVE FROM ABOVE
ST pic.twitter.com/ByiJBk2KfR

This goes beyond the passing of a great guitarist, but rather is a tremendous loss of a great man who truly helped to change my life and path with his guitar and sound. He helped forge the way for myself and many and will be deeply missed. Rest in peace, Eddie. @eddievanhalen pic.twitter.com/5RXCtC0N91

I’m just devastated to hear the news of the passing of my dear friend Eddie Van Halen. He fought a long and hard battle with his cancer right to the very end. Eddie was one of a very special kind of person, a really great friend. Rest In Peace my dear friend till we meet again. pic.twitter.com/Qs8tsLPANJ

Just when I thought 2020 couldn't get any worse, I hear Eddie Van Halen has passed. So shocking- One of the nicest, down to Earth men I have ever met and toured with. A true gent and true genius. RIP. So sad.Thoughts go out to his brother Alex, and his family. pic.twitter.com/fwIw040YMX

Very sad to hear about the passing of the legendary @eddievanhalen. You will be missed. #RIPEddieVanHalen

Just found out @eddievanhalen has died. I remember driving home from a @TwistedSisterNY club gig with @AnimalTactics late one night and hearing "Eruption" on the radio for the first time. Our minds were blown…and guitar playing was never the same. RIP Eddie. You left your mark.

Apart from his technical brilliance, Eddie Van Halen was the antidote to a lot of hyper-serious, grimacing guitarists who made playing look painful. Eddie shared the joy with us instead.

Articles keep referring to Eddie Van Halen as ‘guitarist’ and that word just doesn’t feel like it’s enough to me. Whether you liked his band or not he was at the very least a legend.

He was an artist who was so amazing at his craft that his three names became shorthand for the standard of excellence in his field. Rest In Peace, Eddie Van Halen. It was a joy to watch you shred. I hope they had a Frankenstrat waiting for you at the gates of Rock ‘n Roll Heaven. pic.twitter.com/PIkzipSB2g

Quiet Riot drummer Frankie Banali passed away on Thursday last week after battling pancreatic cancer. Banali joined the group in 1982 and made his recording debut with DuBrow and the boys on 1983’s Metal Health. I love making “fun cards” of musicians using classic baseball card designs, and his passing reminded me that I had not created cards for Quiet Riot yet. So, without further ado, the classic 1983 Metal Health lineup of Quiet Riot: Kevin DuBrow, Frankie Banali, Carlos Cavazo, and Rudy Sarzo… 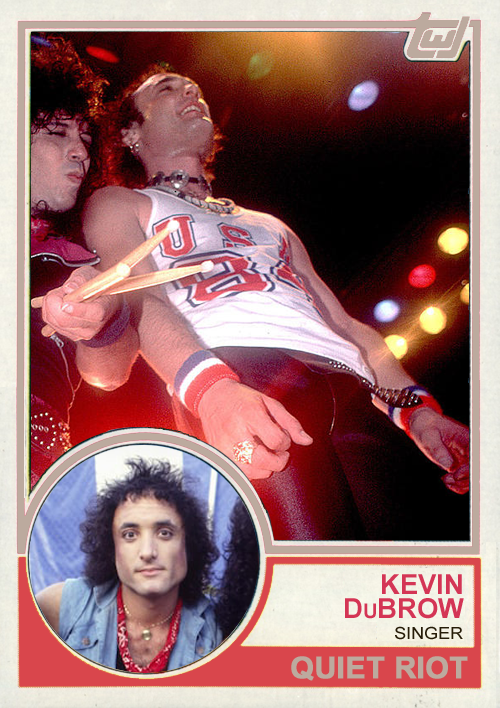 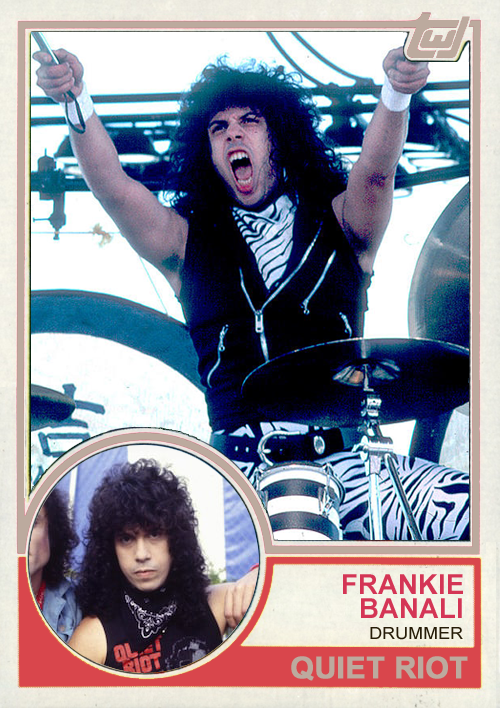 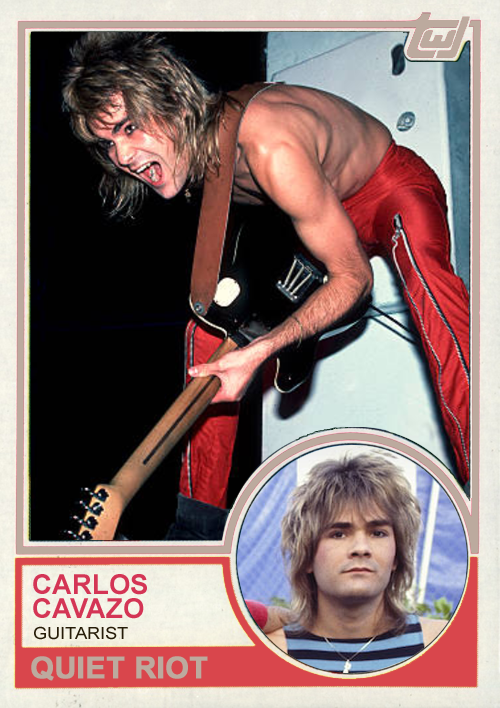 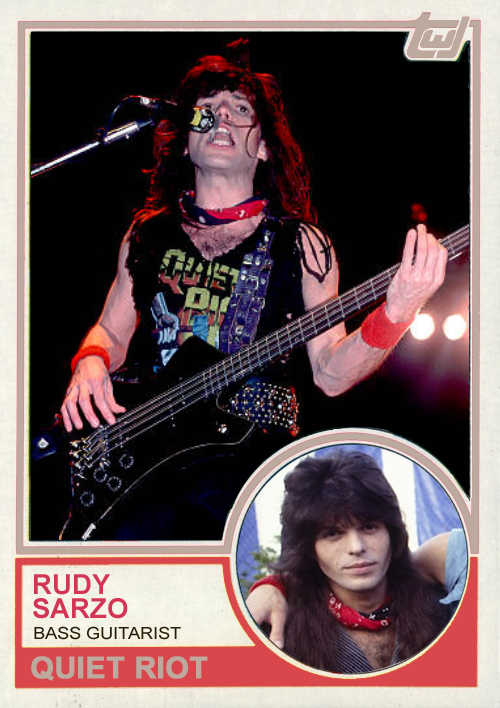 Unfortunately, the follow-up Critical Condition did not fare as well, and subsequent releases failed to recapture that spark from 1983. On 1986’s QR III, bassist Sarzo was replaced with Chuck Wright. 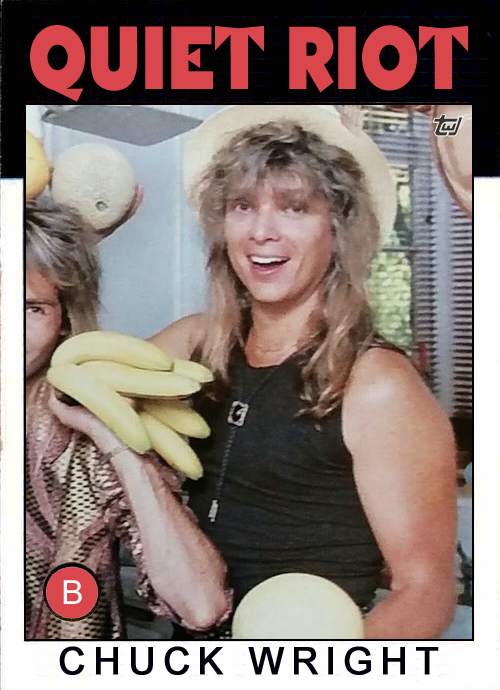 By 1988 DuBrow was out of the band in favor of Rough Cutt vocalist Paul Shortino (as was Wright, replaced by Sean McNabb). Shortino only appeared on one album and the group disbanded in 1989 (only to be resurrected a couple of years later by DuBrow and Cavazo, with Kenny Hillery on bass and Pat Ashby on drums). 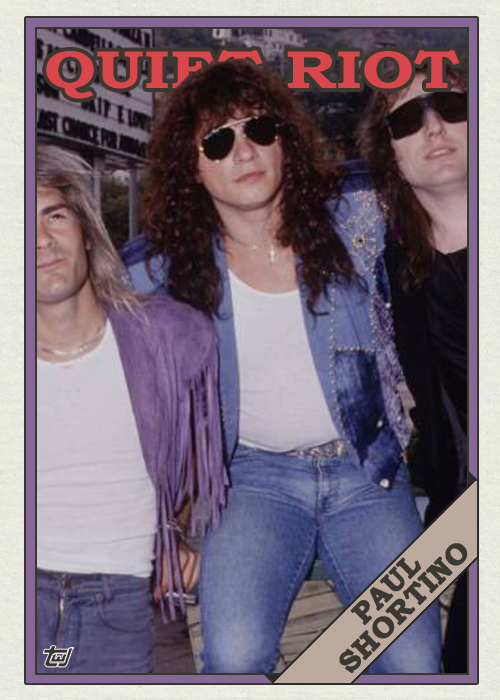 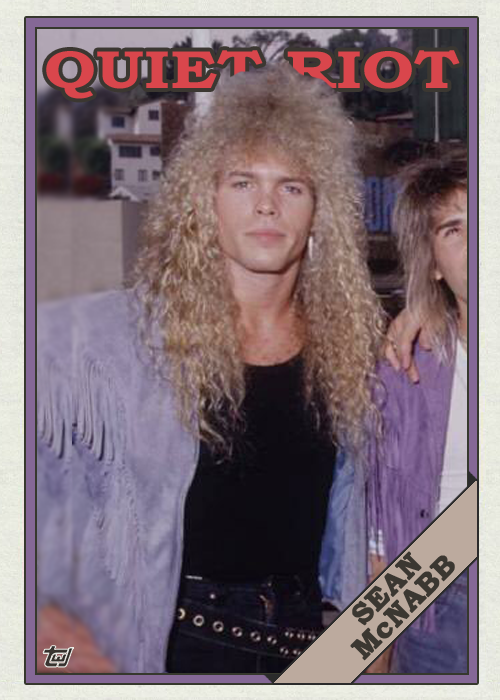 Membership in the band was a revolving door, regardless of your role in the band. Eight singers, seven guitarists, eight bass players, and four drummers spent time with the group. Banali was the most consistent, appearing on every studio recording except for the first two (which were released in Japan only) and the underrated 1993 compilation that featured some of the best of those records and outtakes.

Speaking of the first two records…it was 1978’s Quiet Riot II that featured the first Quiet Riot “fun cards” on the back cover, styled after 1978 Topps football cards… 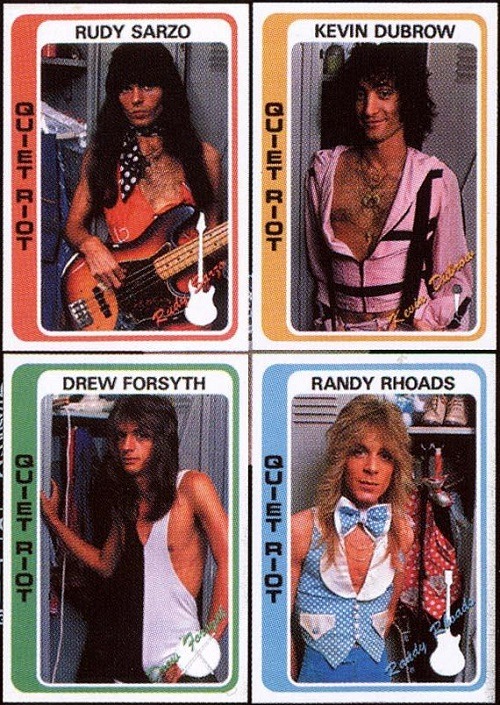 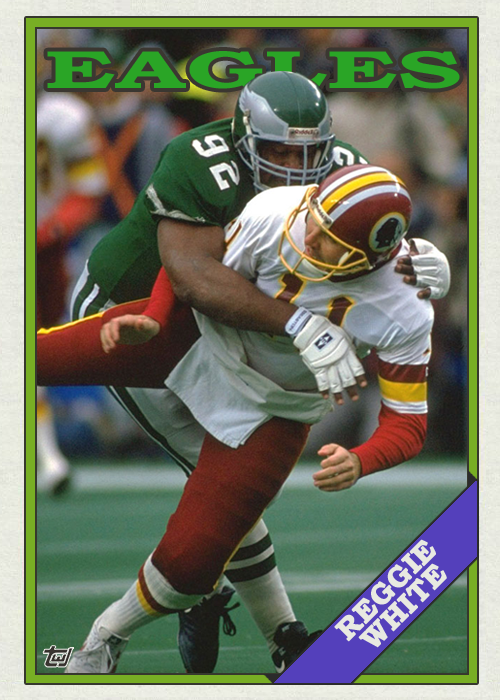 Reggie White should never have worn any uniform other than a Philadelphia Eagles uniform. 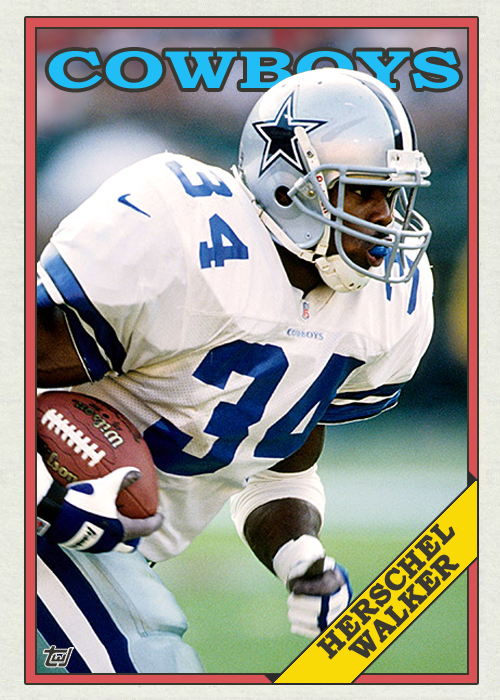 The Dallas Cowboys trade of Herschel Walker to the Vikings was one of the first non-Bengals NFL stories I recall. It was a big deal, but it paid off in the end for America’s Team. 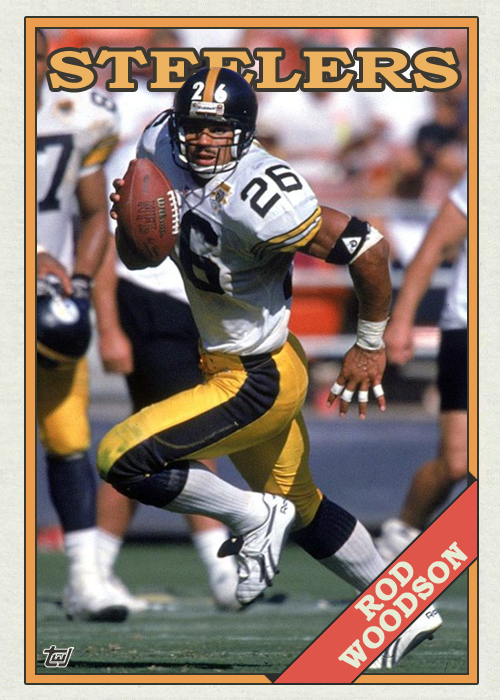 Rod Woodson was the 10th overall pick in the 1987 Draft. Drafted ahead of the Hall of Famer were such NFL luminaries as Mike Junkin, Kelly Stouffer, and Reggie Rogers. 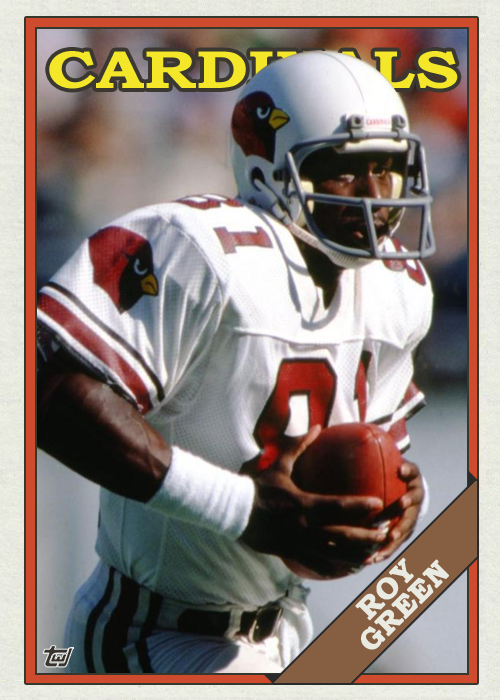 Roy Green was a 2-time Pro Bowler for the St. Louis Cardinals and was the 16th member inducted into the Arizona Cardinals Ring of Honor in 2016. 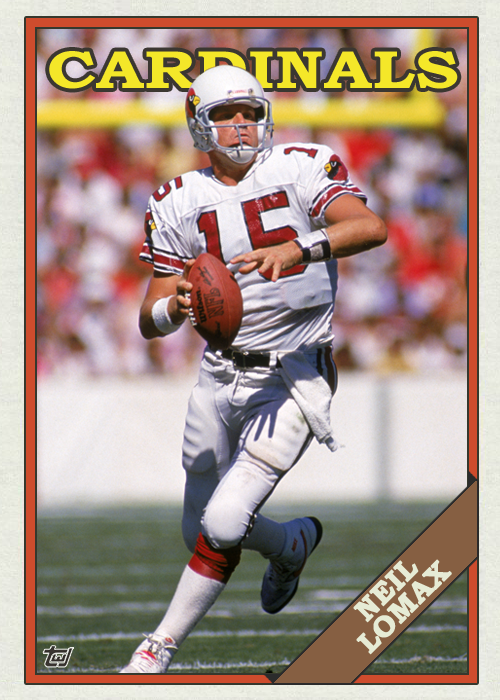 The Cardinals moved from St. Louis to Phoenix in 1988, and 2-time Pro Bowler Neil Lomax played his last season in the NFL. 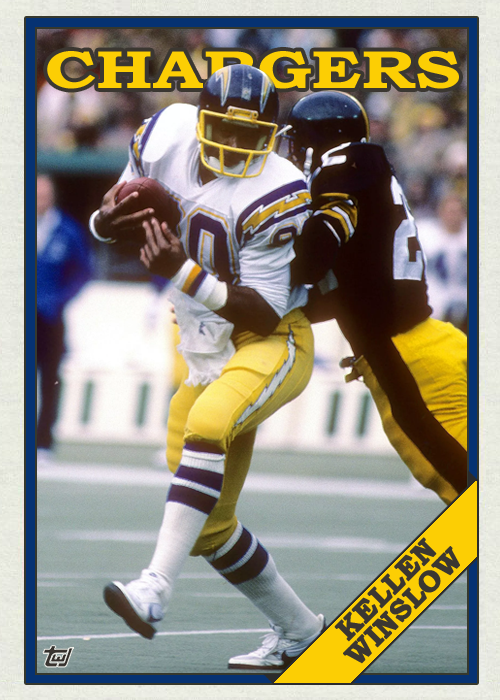 Another career-capper, Kellen Winslow retired in 1987. He was inducted into the Hall of Fame in 1995. 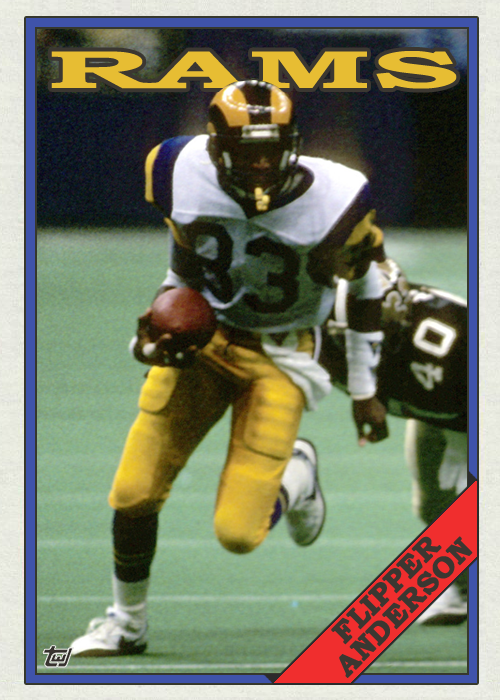 Flipper Anderson was a very good receiver. I’m not sure why he was never given a Pro Bowl nod.