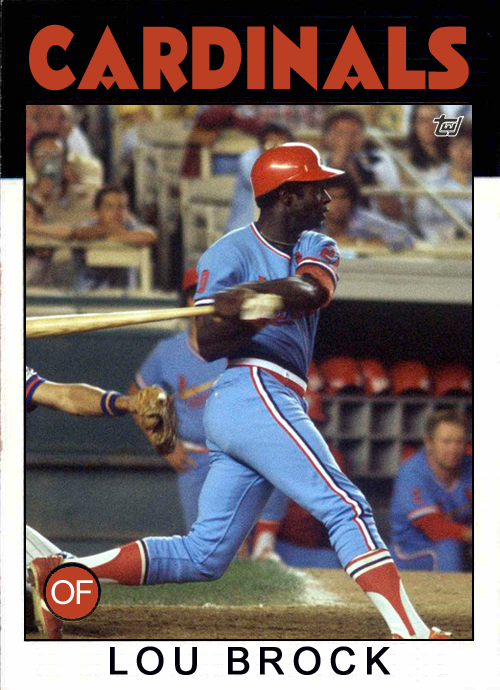 Speedy Hall of Famer Lou Brock, the holder of the all-time stolen base record until Rickey Henderson came on the scene, passed away today. He was 81 years old. The six-time All-Star was elected to the National Baseball Hall of Fame in 1985 on the strength of his prowess on the basepaths and more than 3,000 hits.

We mourn the passing of Lou Brock, a Hall of Famer and World Series champion. He was 81. pic.twitter.com/vUubODd8hQ

Our hearts are broken.

Lou Brock was an amazing player and outstanding person.

He loved the game and all of Cardinal Nation.

We join the @Cardinals organization and all @MLB in mourning the passing of Hall of Famer Lou Brock. pic.twitter.com/VNqalvEHwp

Lou Brock the Base Burglar was a class act on and off the field. Made @Cardinal baseball what it is. Had the ability to change the momentum of a game with his legs and his bat. May he Rest In Peace. One of the greatest Cardinals of all time.

Saddened to hear of the passing of Lou Brock. Many years of rivalries between us but always respected Lou as a person and player. My thoughts are with the Brock family and the Cardinals nation. pic.twitter.com/0TOO0IlVbf

Just heard about Lou Brock. He was a great one. So sad. Rest In Peace my brother! pic.twitter.com/nnKNDtyXd9

MLB Network is saddened by the passing of Lou Brock.

A look back at the life and career of the Hall of Famer and Cardinals legend. pic.twitter.com/3YwPPV380B