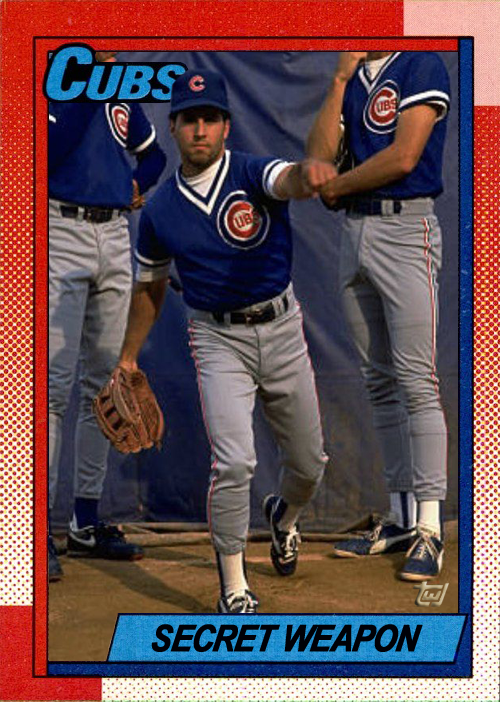 The greatest pitcher in Cubs history is none other than Doug Dascenzo, the scrappy 5’7 centerfielder who made four relief appearances over two seasons and never gave up an earned run. He stared down eighteen batters, and only three got a hit. He struck out two (Willie Fraser and Joe Redfield) and walked two in five innings.

Sadly, Dascenzo declined to pitch any more at the major league level after the 1991 season. “Any time I go out and touch the mound, we’re getting beat by 10 or 15 runs and we’re losing a game in the standings,” he told the Chicago Tribune in 1992. “I don’t want any part of that. I want us to be beating someone else’s brains in.”

For the record, the Cubs were outscored 59-23 in the four games Dascenzo took the mound, but he was not responsible for any of those runs.

He did toe the rubber two more times—in the minor leagues. In 1995 for the Marlins’ AAA Charlotte Knights and in 1997 for the Padres’ AAA Las Vegas Stars. It was in his last appearance that the opponent finally crossed the plate on him, but I have been unable to locate the name of the hitters he faced in that game.

Tip of the hat to @onemillioncubs who dug up that awesome photo and posted it on Twitter a few days ago. The picture is actually from 1991, so it is a bit anachronistic, but I like the 1990 Topps design. (I’m not being facetious.)