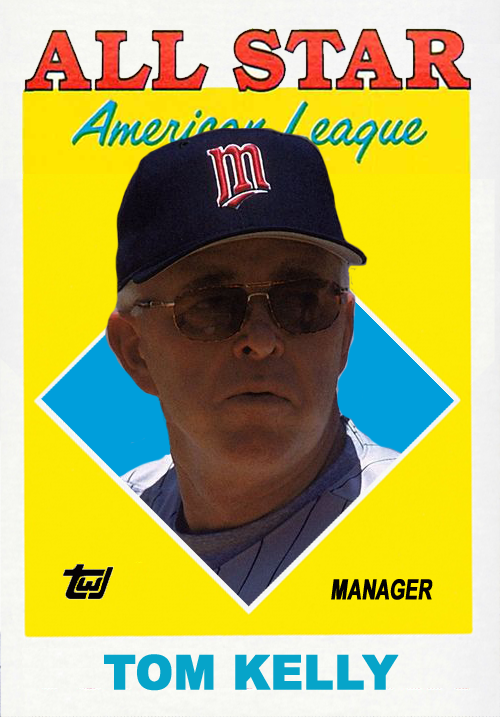 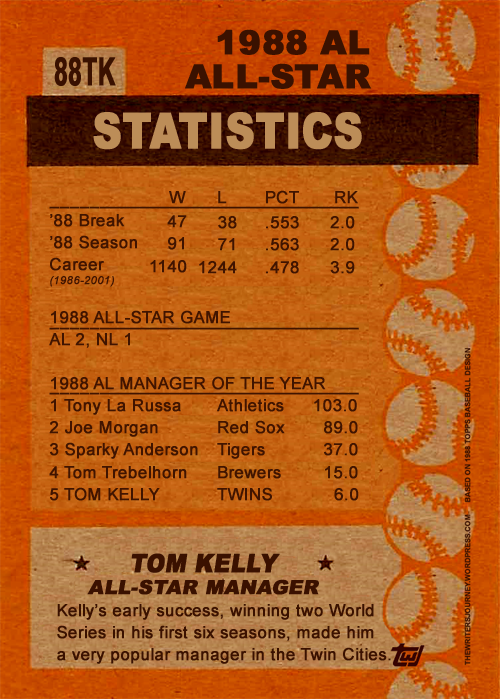 Tom Kelly and Whitey Herzog led their teams to the World Series in 1987, but 1988 was not as kind to either manager. Kelly did get mentioned in the AL Manager of the Year voting, but the Cardinals’ 5th place finish in 1988 ensured that Herzog would be ignored at the end of the season. Kelly was at the beginning of his managerial career; he stayed with the Twins through the end of the 2001 season. Herzog was nearing the end in 1988; he was dismissed after 80 games in 1990 and never managed in the big leagues again. 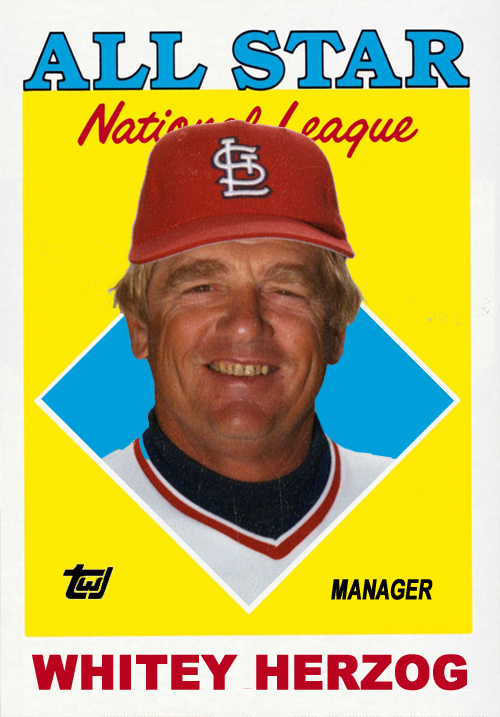 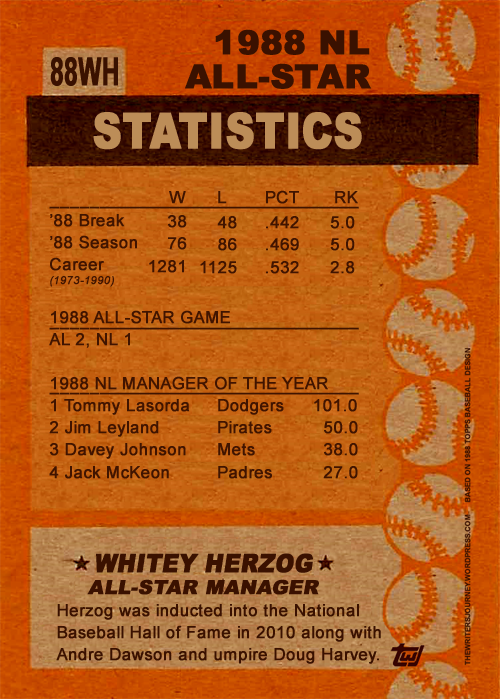 I have enjoyed making these “fun cards” and researching the players that appeared in the 1988 All-Star Game, one of the first I remember and one of the most fun because of how close it was to me.