The year after they were the best in baseball… 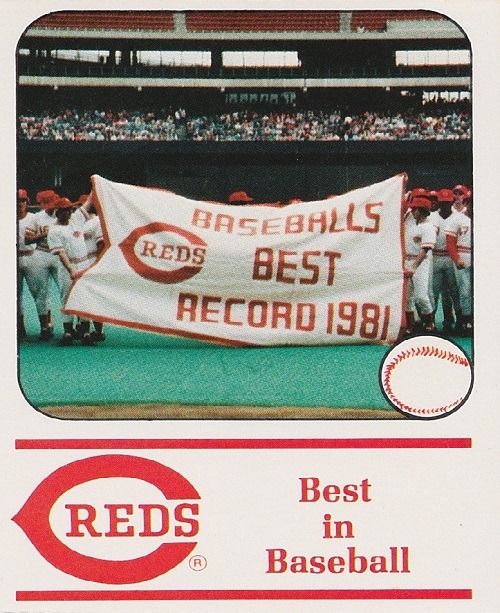 Remnants of the Machine. Johnny Bench, George Foster, Dave Concepcion, and Ken Griffey played for the best team in baseball in 1981. That team, though, never appeared in the playoffs. Because of the strike, playoff teams were determined by first-half standings and second-half standings, not overall records. The Reds finished second in each half and were excluded from competing in the postseason despite winning more games than any other team in the majors.

The Reds made a special banner for the players to trot out in 1982, and the 1982 Reds Yearbook captured that moment in baseball card form. It appears that 1982 was the first year for “Reds Yearbook” baseball cards. I just discovered this a couple of weeks ago, and thanks to eBay I was able to add them to my collection. 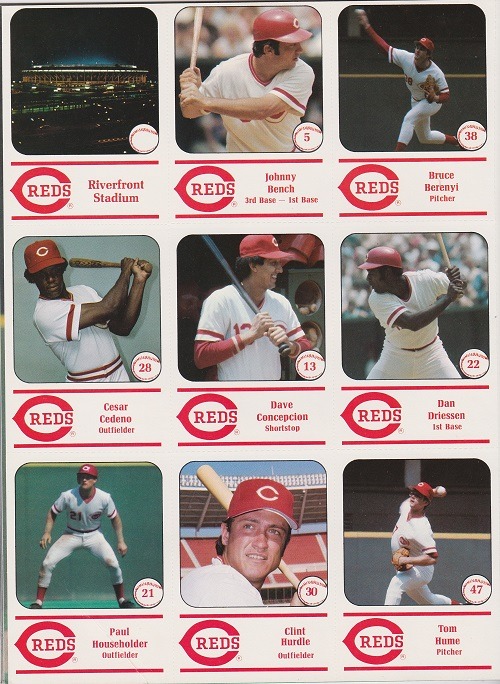 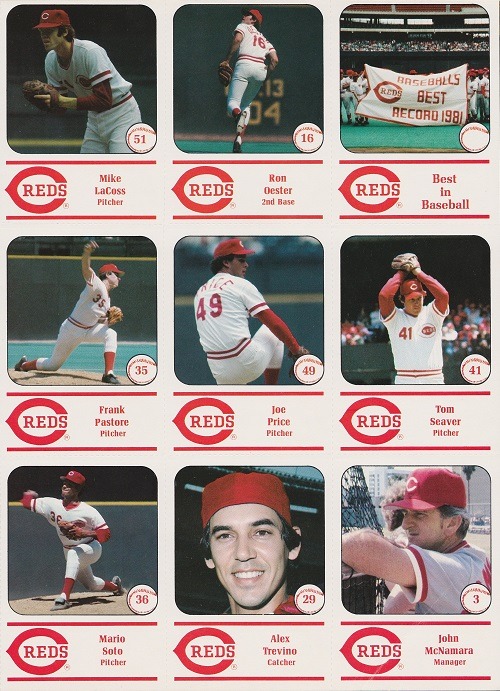 Two players in the Hall of Fame and another who should be. A young fireballer. A future manager. They were the best team in 1981 with more wins than any other team in baseball. They were one game from the worst in 1982, winning just one more than the Minnesota Twins. 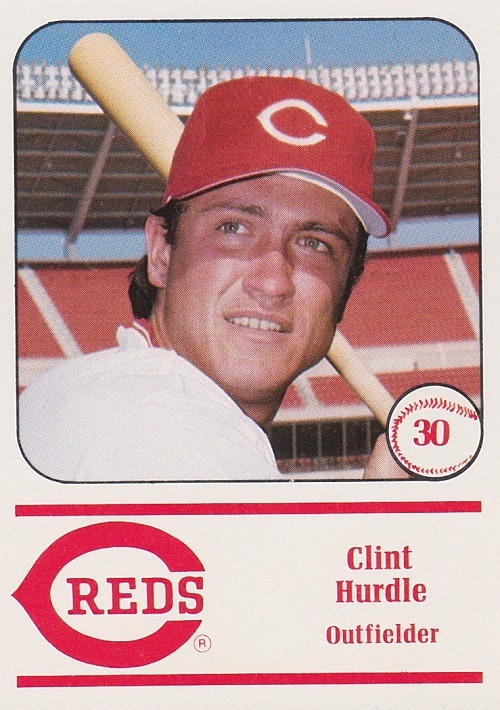 Here’s the future manager. Clint Hurdle was a first-round draft pick for the Royals in 1975 and made his big league debut as a September call-up in 1977. He never lived up to the expectations of a first-rounder, only playing in more than 60 games in a season twice. As for his Reds career, he appeared in only 19 games in 1982. The Mariners signed him as a free agent before the 1983 season but released him the day before the season started. He signed with the Mets a few days later, went to St. Louis in 1986, and back to the Mets in 1987 for three final games.

His major league managerial career began in 2002 with the Rockies and won a pennant with them in 2007. In 2011 he took over managing the Pirates and has taken them to the postseason three times. Like the Reds, it doesn’t look like the Pirates will be playing in October again anytime soon.