← Here’s a penny…don’t spend it all in one place!
The year after they were the best in baseball… → 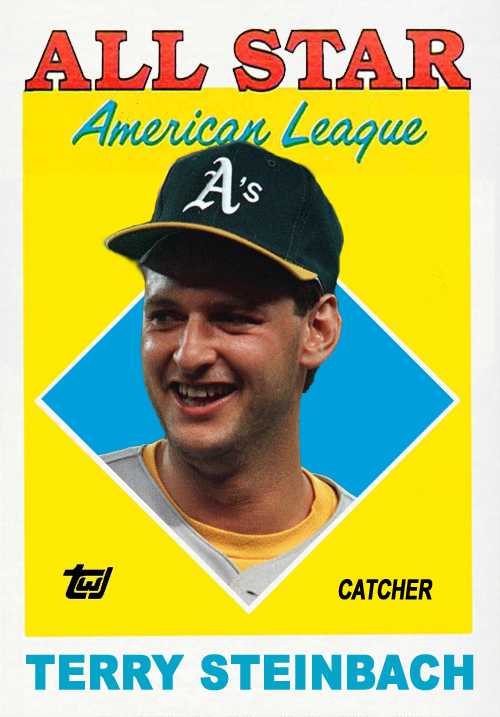 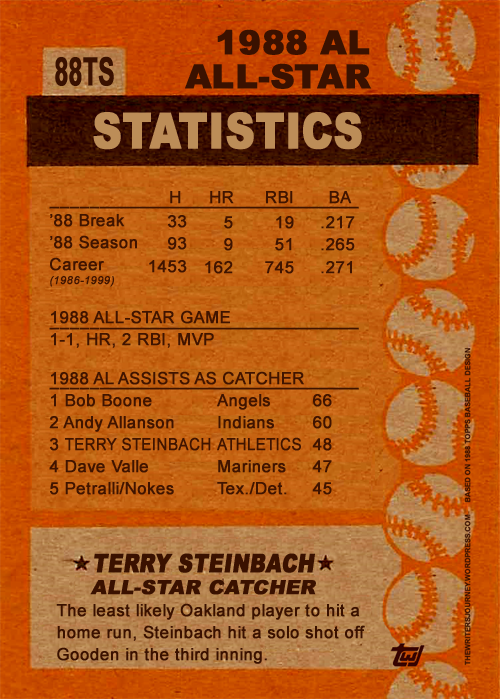 To say Terry Steinbach was a controversial pick to start at catcher would be an understatement, and even he knew it. “There were a lot of mixed emotions. In 1987, I had a decent year as a rookie, but in ’88, I had missed a month with an injury and wasn’t hitting worth crap.” His home run off NL starter Dwight Gooden and MVP win briefly quieted opponents. Looking back historically, however, it’s clear that he was a poor choice. 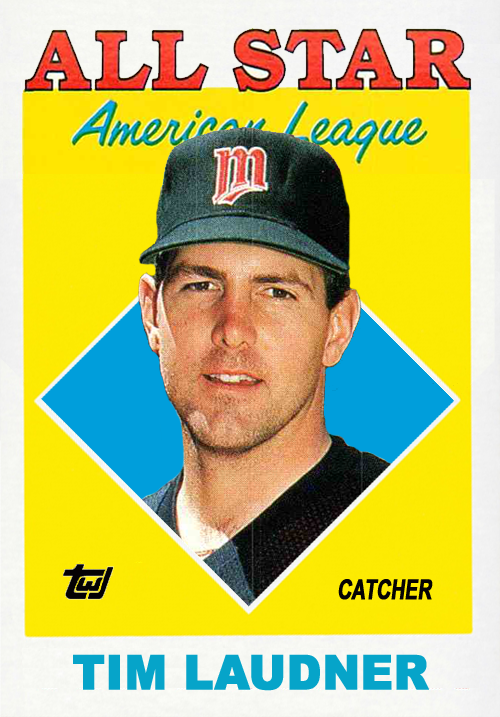 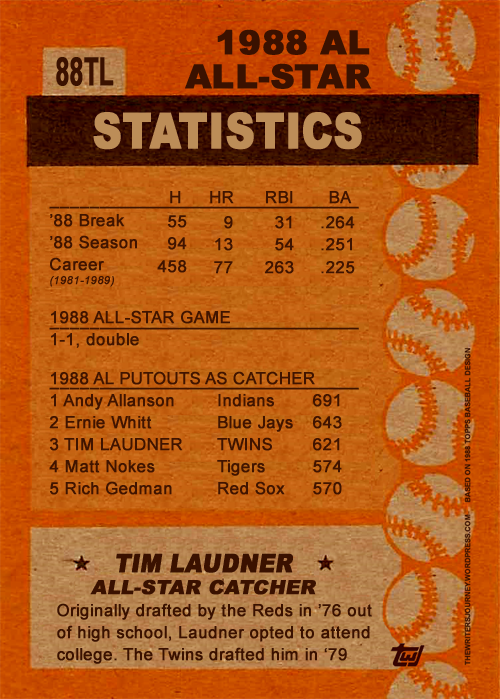 Tim Laudner of Minnesota was selected as the backup. The players would have made him the starter and Steinbach’s teammate Ron Hassey the backup, though B.J. Surhoff and Andy Allanson had their apologists as well.

← Here’s a penny…don’t spend it all in one place!
The year after they were the best in baseball… →