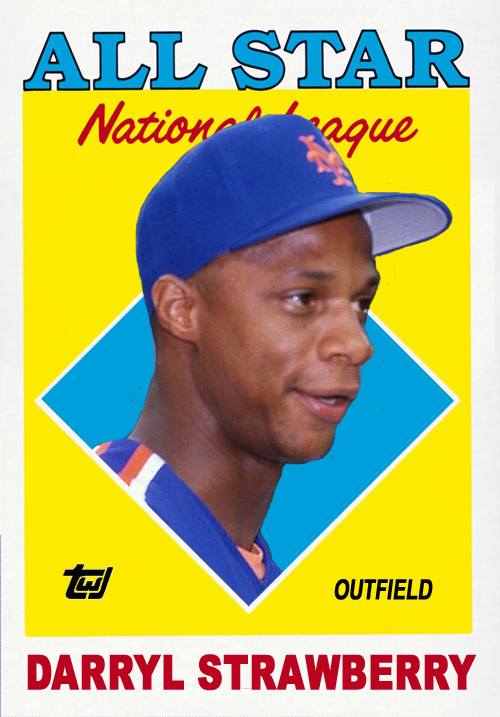 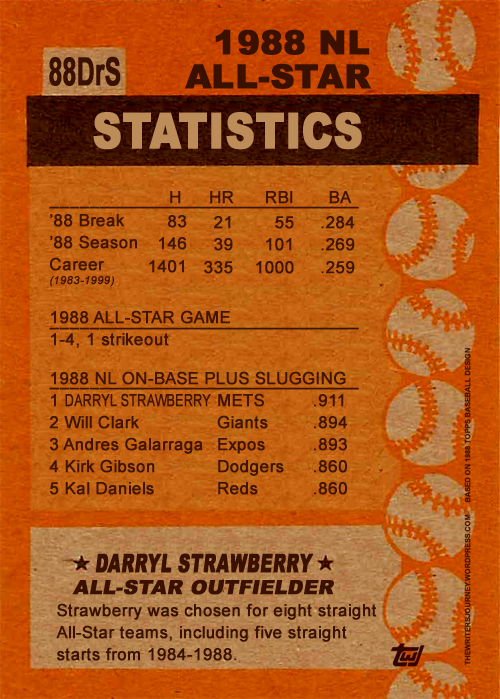 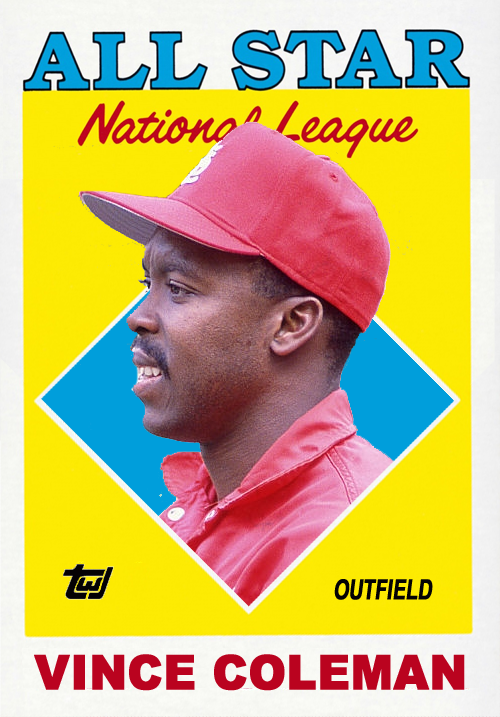 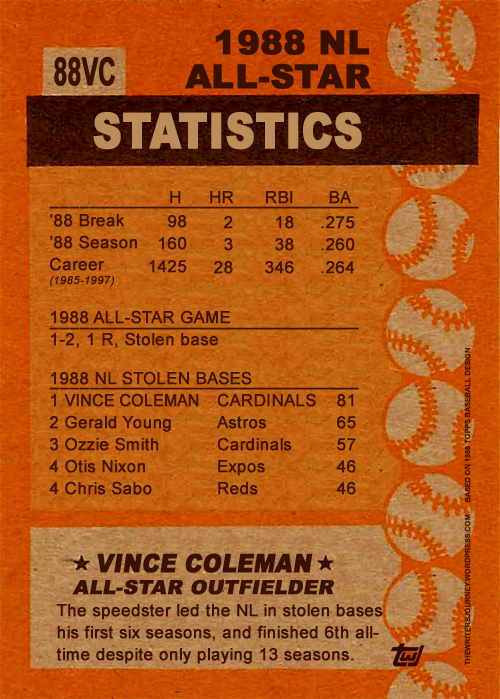 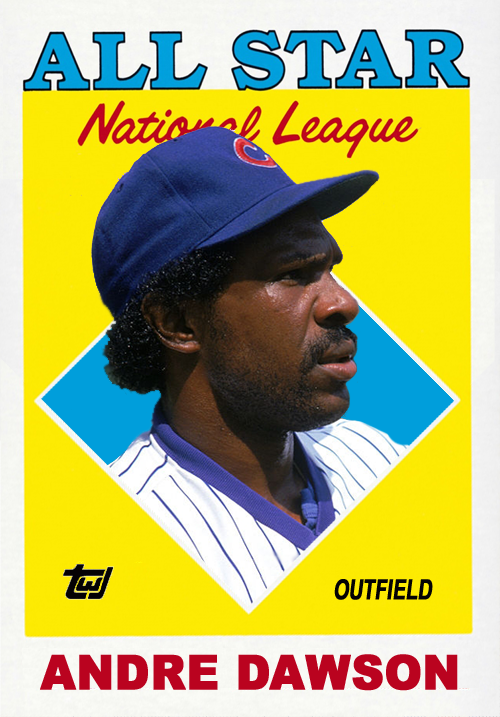 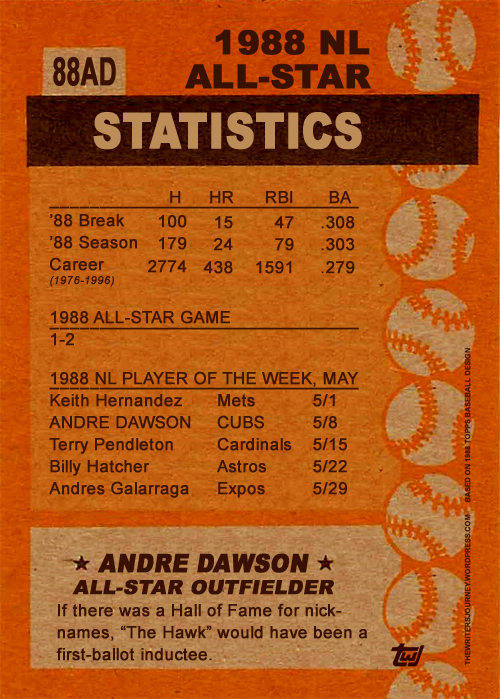 Not everyone liked their nickname, though. Case in point, Willie McGee hated the name “E.T.” He hated it so much, it became a national news story. The New York Times reported in 1982, “Willie McGee won’t elaborate on his dislike for the nickname. Perhaps he thinks that it’s a racial slur since E.T. is dark-skinned. Perhaps he’s embarrassed because he has the hooded eyes and pinched nose similar to that of the little creature; he also wobbles when he walks, as E.T. does in the movie. Whatever the reason, Willie McGee is entitled to prefer his name to that nickname, even though he has virtually landed in the World Series from another planet.” 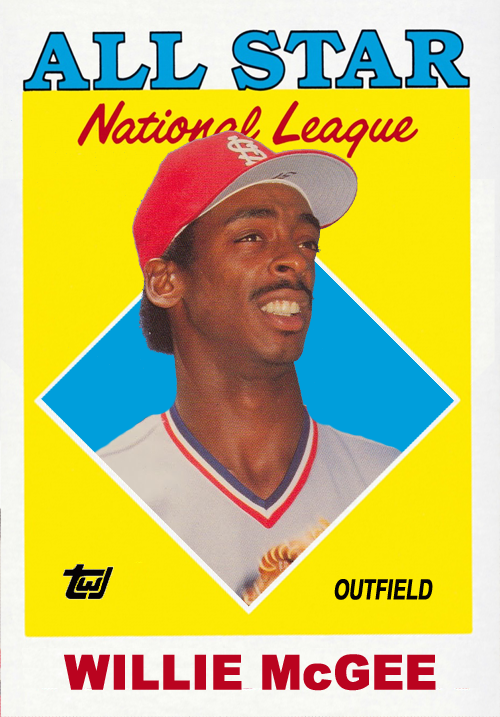 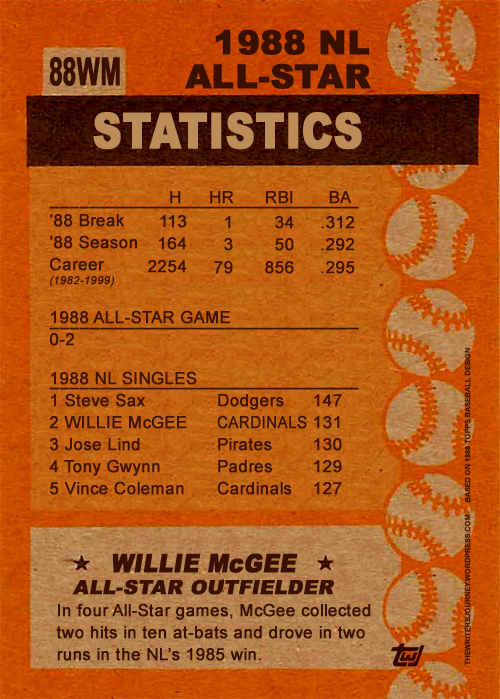 If Palmeiro had a nickname, what would it be? “Finger-pointer”? 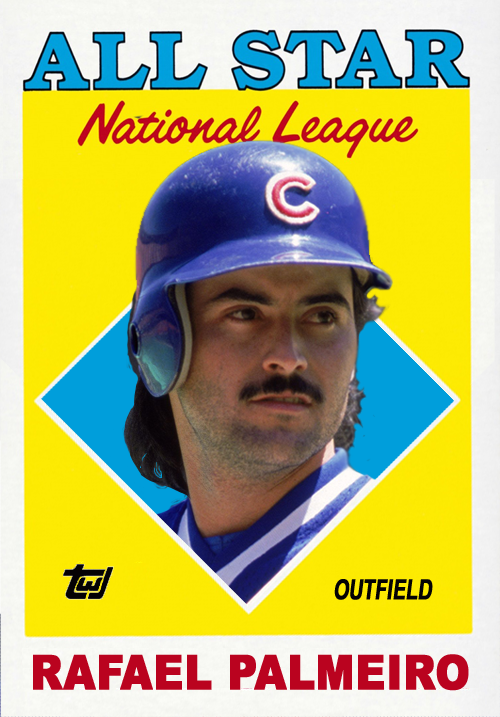 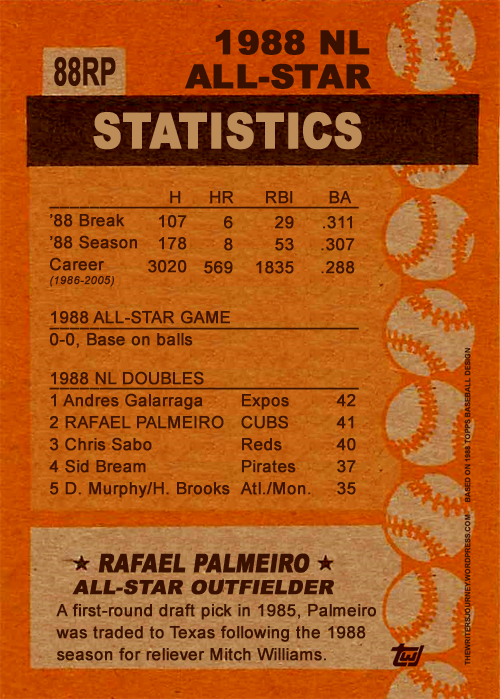 Kirk Gibson is the only difference between the players’ top six and the actual roster. Gibby was the eventual National League MVP and had one of the most dramatic home runs in World Series history, but his invite to the 1988 All-Star Game was evidently lost in the mail. 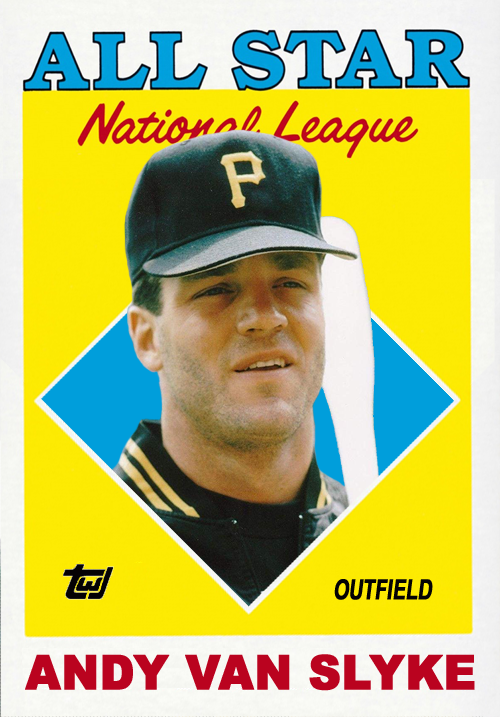 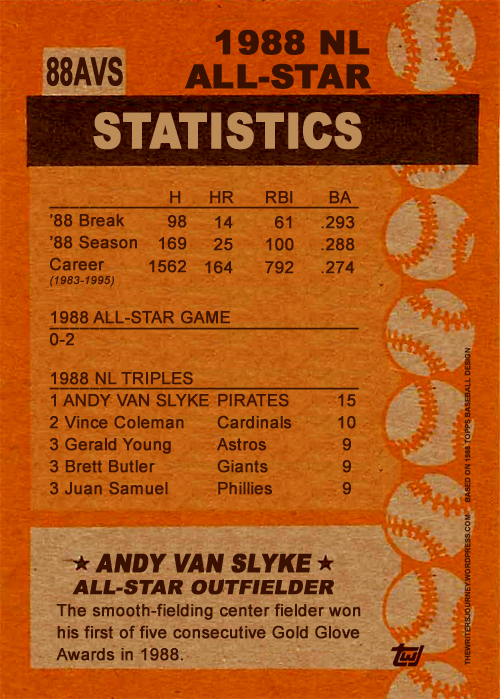