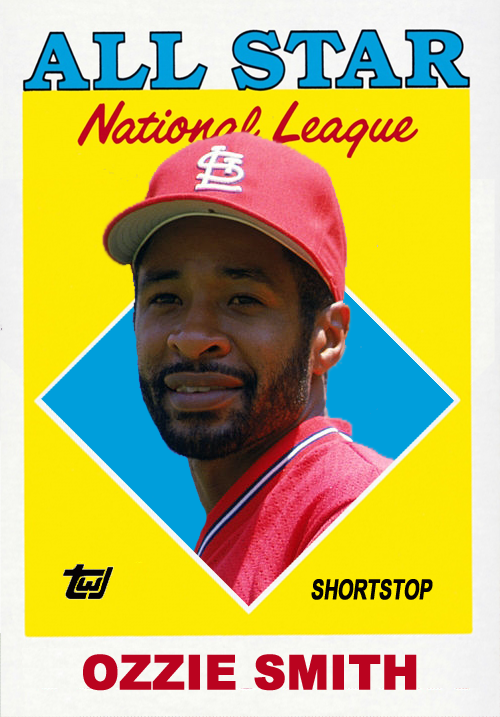 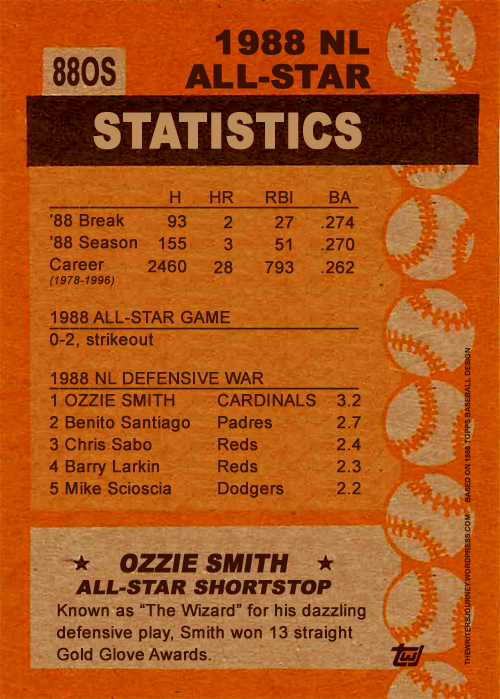 Say what you will about the ’90s shortstop revolution, I’ll take the ’80s defensive wizards any day. Ozzie Smith was the no-brainer fan pick, starting his sixth straight All-Star Game; he would start the next four straight before passing the mantle to Barry Larkin. Lark would end up starting five ASGs in his career, and being on the roster for seven more. The other backup in 1988, Shawon Dunston, was only named to two All-Star teams in his career, but man he had a rocket for an arm. 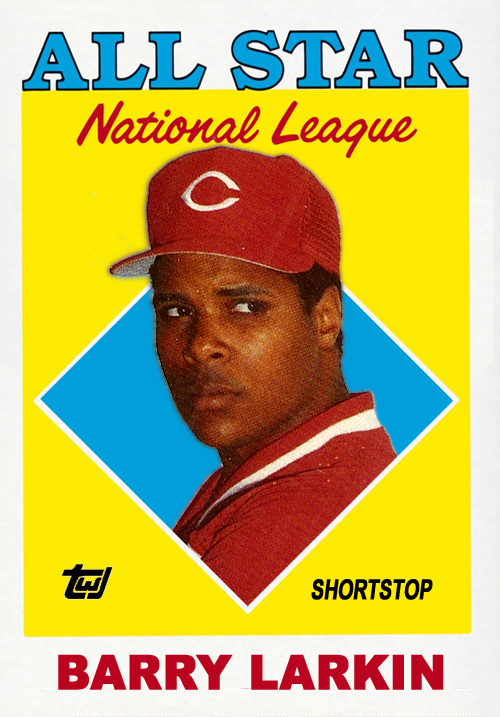 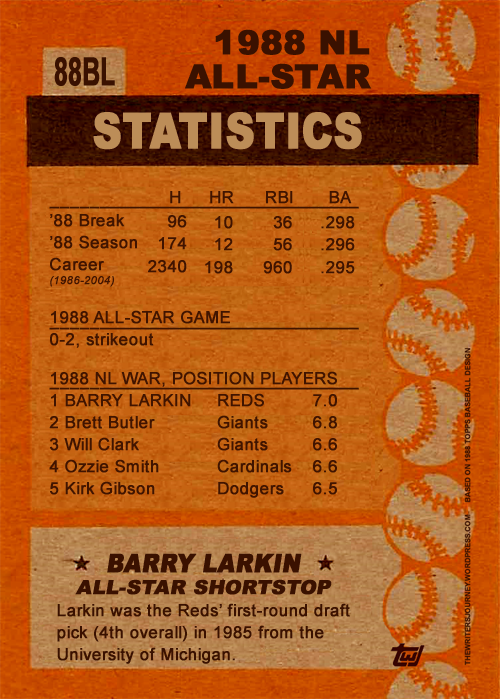 The players poll showed that those who shared the field with the Wizard agreed wholeheartedly with the fans’ choice. 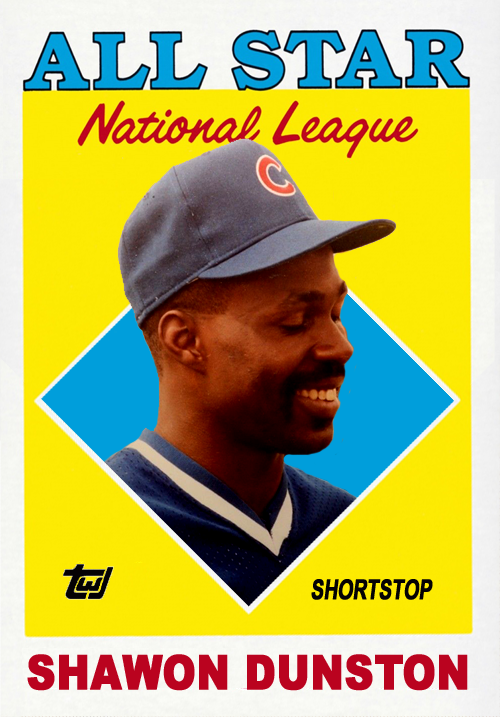 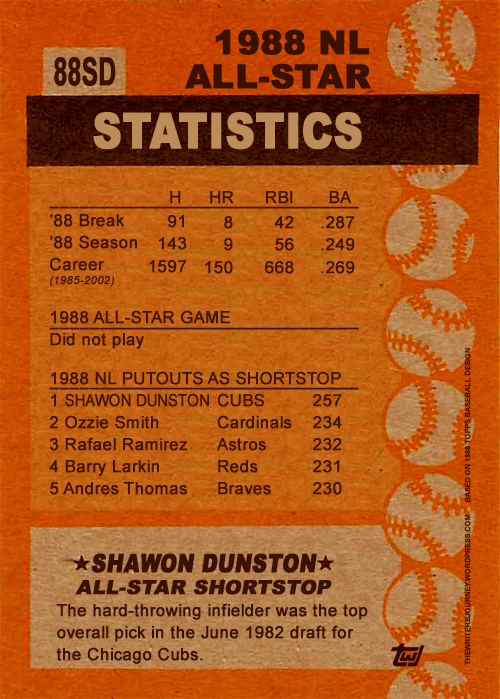