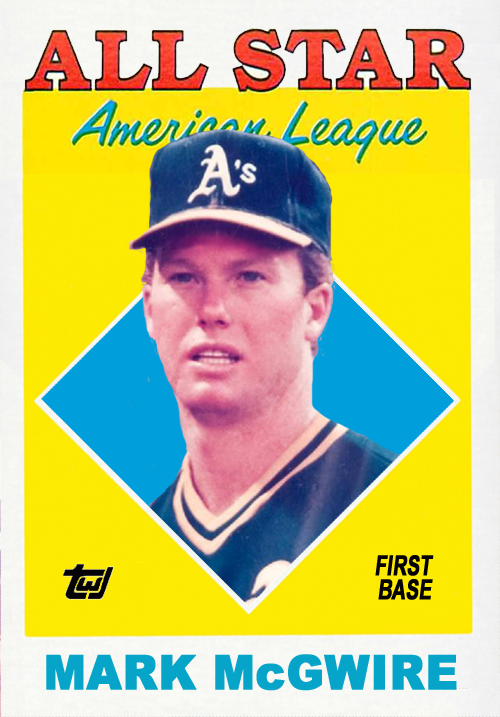 Following his record-setting rookie campaign in 1987, Mark McGwire was voted by fans to start at first base in the 1988 All-Star Game in Cincinnati. 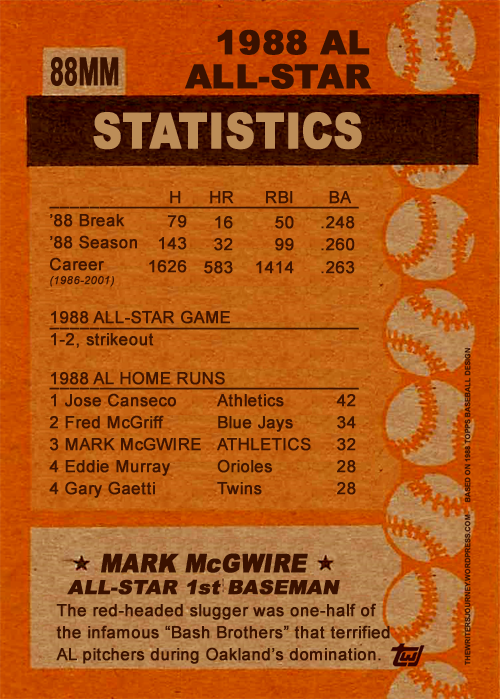 On the bench were Don Mattingly, who the players thought should have been the starter, and future Hall of Famer George Brett, who had just made the switch to first from third in 1987. 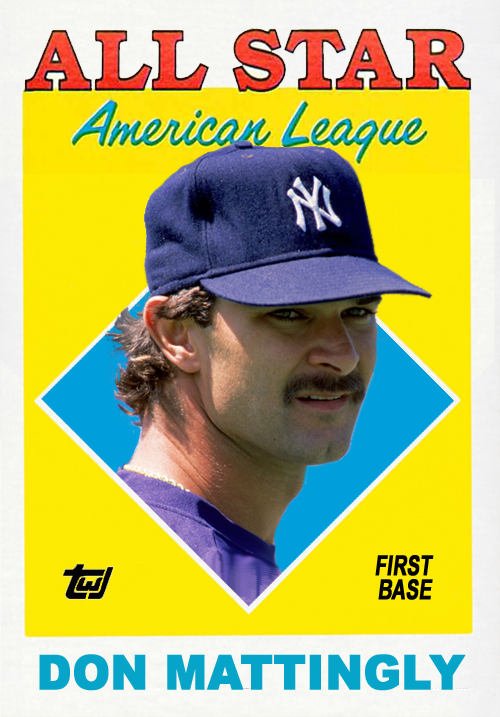 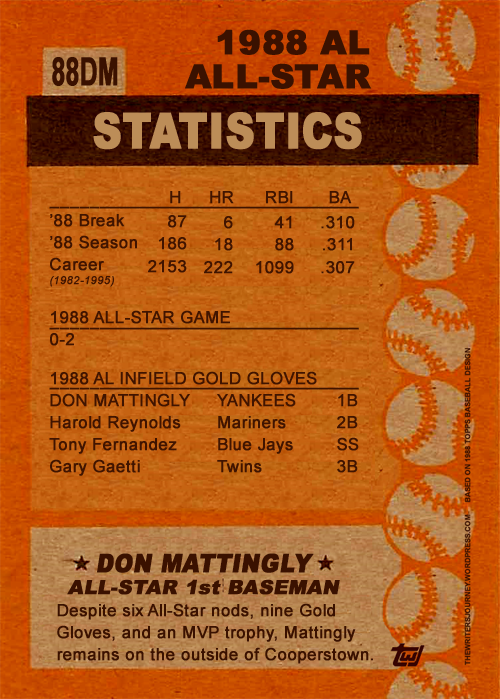 USA Today surveyed the players in each league on who they thought should start the game. Players were only allowed to vote for their own league, and could not choose teammates. Results for American League first base were as follows: 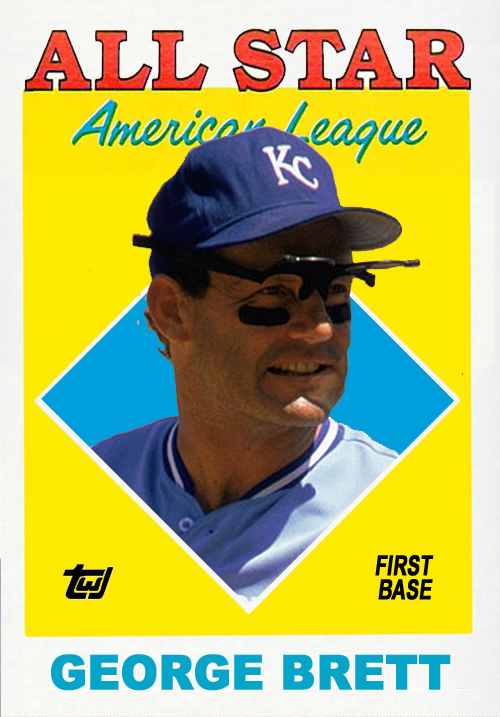 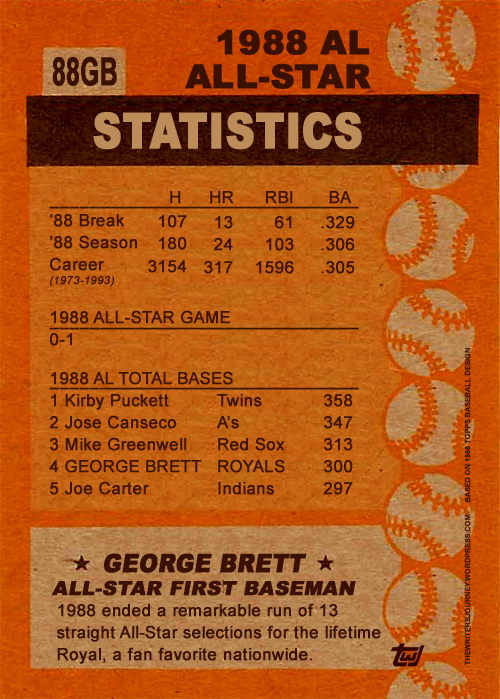 The 1988 All-Star Game is special to me because it was held in Cincinnati. I started making these cards two years ago and finally finished the complete rosters (front and back, including managers) earlier this year. I plan to post them here over the next few weeks. Hope you enjoy!

Please note that these are NOT real cards. There are no physical copies and they are not for sale. They exist only in digital form.