What a hot dog 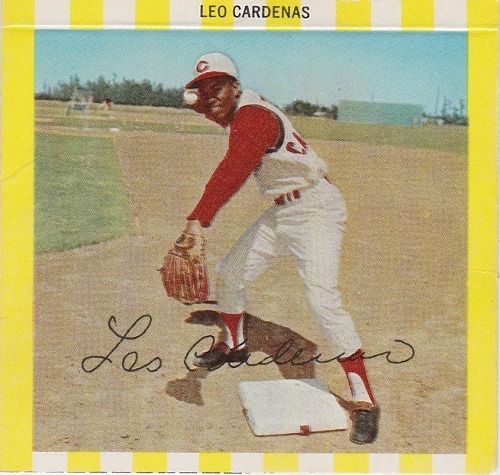 The Reds have had a loooooong relationship with Kahn’s. In 1987 the team started giving away team baseball card sets sponsored by the hot dog makers, and that tradition continues today. But the relationship is older than that. In the 1960s Kahn’s included baseball cards on their packaging! There are at least ten Reds in the set.

I scored a 1966 Kahn’s Leo Cardenas card last week at the antique mall. The dealer had a few Kahn’s cards, but I didn’t want to drop too much money and I have a special connection to Cardenas. My son and I ran into him at the Reds Hall of Fame and Museum several years ago and he stood and chatted with us for several minutes. No autograph, no picture, just a friendly chat. He’s actually not a hot dog at all, but a humble man who understands how fortunate he is and appreciates his fans.

Unfortunately, the Kahn’s part of the card was removed, but it is in otherwise good shape. It’s the oldest Kahn’s card I have in my collection now, but I may pick up another one next time.