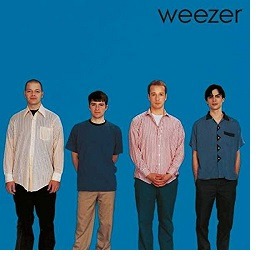 The alternative rock scene was in full swing when Rivers Cuomo’s Weezer arrived in 1994. Produced by Ric Ocasek, the “Blue Album” is one of the strongest debut albums ever. The record features alternative rock staples “Undone – The Sweater Song,” “Say It Ain’t So,” and “Buddy Holly.”

The latter’s video, directed by Spike Jonze, was a personal favorite as it referenced Happy Days, one of the greatest TV shows ever made. “Buddy Holly” was honored at the 1995 MTV Video Music Awards as Best Alternative Video, Breakthrough Video, Best Direction, and Best Editing. It was also nominated for Video of the Year, but was robbed by TLC’s “Waterfalls.”