Has anyone made you feel old yet today? 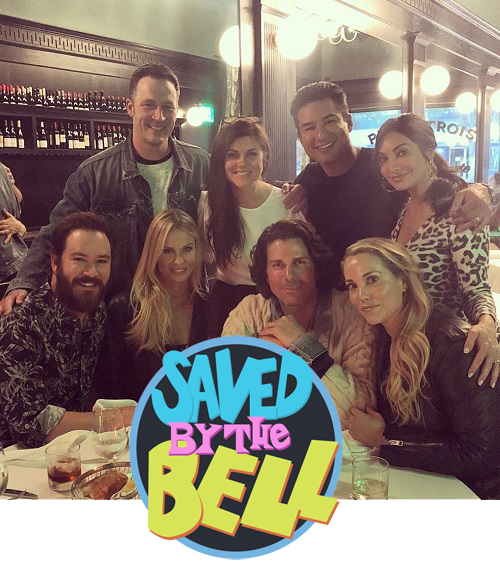 Zack Morris, A.C. Slater, Kelly Kapowski, and Jessie Spano graduated from Bayside High School on May 22, 1993…more than a quarter of a century ago. The four friends and their spouses got together last night for dinner.

It’s not just the quarter of a century that has passed that makes me feel old, but how these people still look practically the same 25 years later. I really need to get on the treadmill or something.

The complete run of Saved By The Bell episodes is available on DVD for $49.99 from Amazon. You can also pick up Funko Pop! figures of the stars of the show, or choose from a selection of t-shirts to show off your allegience to your fantasy alma mater.

Screech (Dustin Diamond), who was understandably excluded from the dinner party this weekend, wrote a tell-all book about ten years ago called Behind The Bell. I haven’t read it, but the Zack Morris considers it a work of fiction. Read at your own risk.

Posted on April 21, 2019, in television and tagged Saved By The Bell. Bookmark the permalink. Leave a comment.