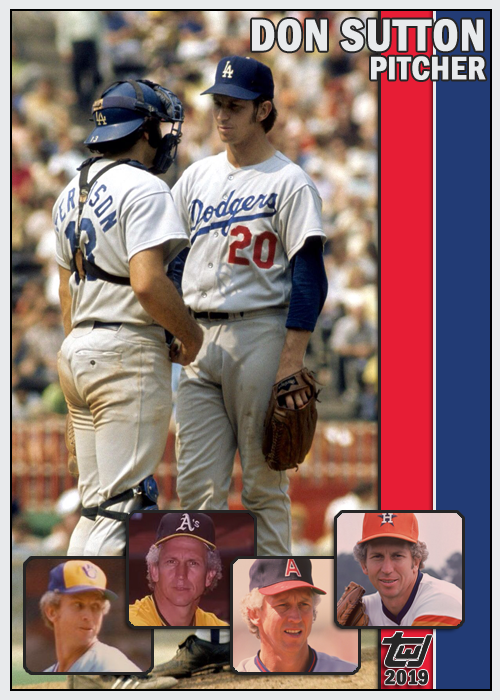 Don Sutton is often cited as a prime example of a “compiler,” a guy who is able to stick around for a long time and keep padding his statistical record while never truly dominating. And to that accusation (if you want to call it that), I say, “So what?” If he’s good enough to stick around, let him stick around.

Even though he was only named to four All-Star teams and only won 20 games once in 23 seasons, he had five straight top-five finishes for the Cy Young Award from 1972 through 1976. Outside of that brief brilliance, though, Sutton never received much recognition for his abilities. Even when it came time for Hall of Fame consideration, it took five ballot cycles for the BBWAA to decide to induct a 300-win, 3500-strikeout pitcher.

One other interesting note about Sutton: he attended four different colleges in three states. He started at the Gulf Coast Community College in Panama City, Florida, then went to Mississippi College in Clinton. From there, he went to the University of Southern California in Los Angeles, and finished up at Whittier College in Whittier, California.