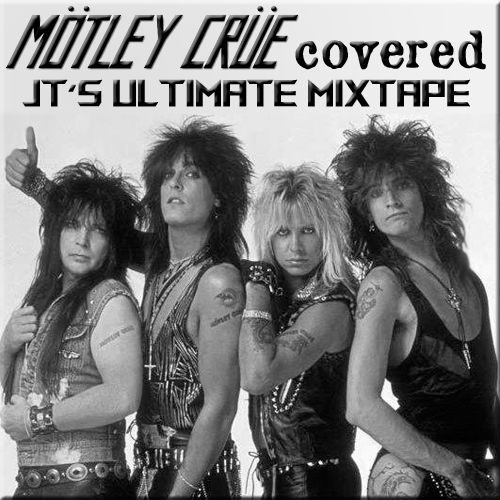 I thought about calling this “Crücial Covers” but that seemed a bit too on-the-nose.

Netflix released The Dirt on Friday. I’m not going to recommend that you watch it. I like Mötley Crüe for their music, not their lifestyle. And even then, there is some music by Mötley Crüe I will not listen to. I try to be discerning with the lyrical content, so that knocks out a lot of rock songs. But what is left is often brilliant.

Mötley Crüe is one of the most influential hard rock bands of the 1980s, and their music has stood the test of time. The true test of a great song, though, is whether it can stand up under the scrutiny of a different genre. There are plenty of tribute albums and cover versions that try to stay as true to the original as possible. To that, I ask, “Why bother?” If I want to hear “Too Young To Fall In Love” in the style of Mötley Crüe, then I will listen to the song by Mötley Crüe themselves. This mixtape is not for the traditionalist. It is eclectic and eccentric but not always electric.

If you prefer to just buy a pre-packaged tribute album rather than build your own, there are plenty of options out there. I don’t have any of these in my collection, so I cannot personally recommend any of them.