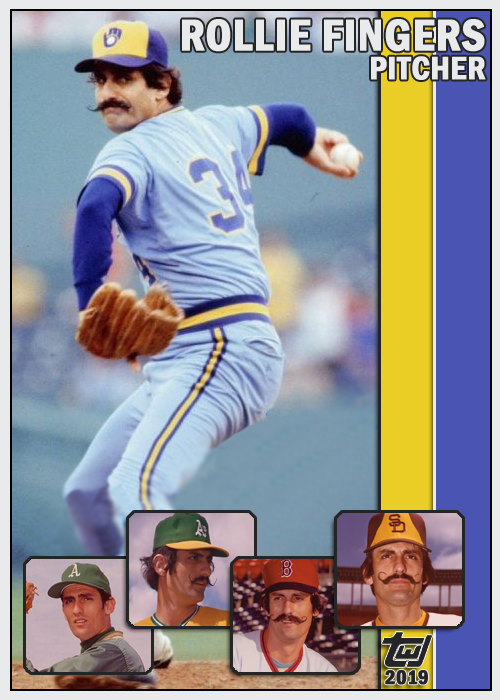 Rollie Fingers played for the Oakland A’s, San Diego Padres, and Milwaukee Brewers. But he was also a member of two other organizations for a grand total of seven days, though he never played a game for either team. The A’s sold him tot he Red Sox in 1976, but three days after the deal the dictator commissioner of baseball Bowie Kuhn voided it and ordered the reliever back to Oakland. He ended up leaving Charlie Finley for San Diego that off-season.

In December 1980, the Padres traded Fingers to the Cardinals, who then traded him four days later to the Brewers. He would finish his career in Milwaukee…but might not have, had Cincinnati Reds owner Marge Schott lifted the facial hair ban on her players. Fingers considered signing with the Reds, but opted to retire when he was told he would have to shave his famous handlebar mustache.