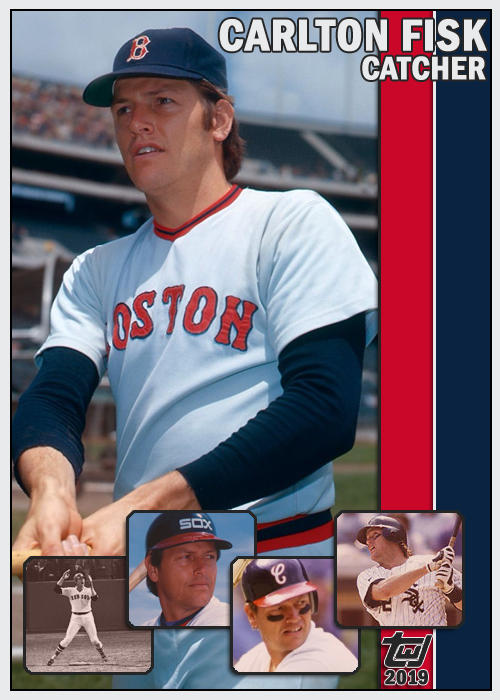 One of my favorite parts of this card is the different White Sox logos. He played in Chicago for 13 seasons but the team went through so many jersey changes during that time. They seem to be stuck on that black and white design now; I personally wish they would go back to the early 80s looks.

I’ve had a blast following Carlton Fisk‘s baseball card career via The List of Fisk. I don’t always agree with his assessment of the cards, but I’m not as well versed in printing processes and the like. He is currently in the late 1980s, with about a post a week, and by his rules he is only collecting cards issued during the catcher’s playing days so he will probably be wrapping up by the end of this year or early next.

Another big Fisk fan is Steve of White Sox Cards, although he has been all about Harold Baines lately thanks to his Hall of Fame selection. I used to send Steve my extra White Sox cards but haven’t sent anything to him in a while. Maybe this summer I will get around to putting some packages together again and send something up his way.