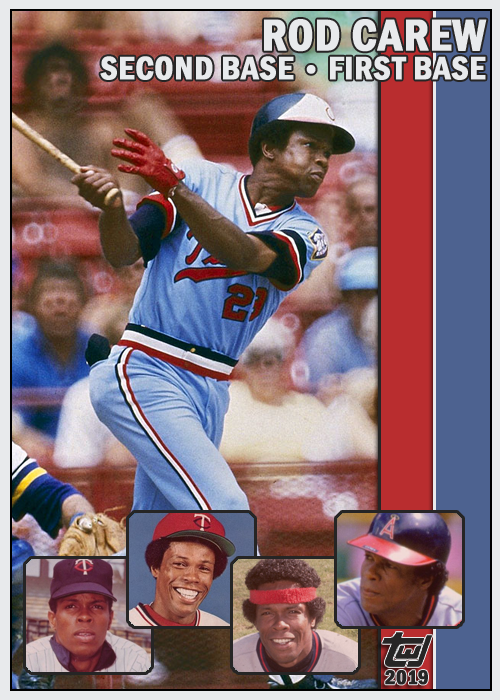 Rod Carew was on his way out of baseball just as I started following more closely. My parents gave me the 1986 Topps factory set for Christmas, and that was Carew’s last card, career-capper that included all of his statistics. It was simple to see how great he was just by flipping over the card. 3053 hits and a lifetime .328 batting average. His dedication to the craft of hitting was evident in the numbers.

Carew played nineteen seasons. He failed to make the All-Star team once. Once. He was on the All-Star roster every year from 1967 to 1984. But wait, there’s more. He started fifteen of those eighteen games, and was selected by fans to start the other three but could not due to injury. He was the top vote-getter in the majors in 1975, 1977, 1978, and 1979.

The dude was an absolute beast on the field. I wish I had seen him play in his prime.