← My first complete set
Before Upper Deck, these cards were the “premium” brand →

When I dove into collecting baseball cards at about ten years old, I collected everything I could get my hands on. There were nearly as many oddball sets as there are parallel sets today, and I grabbed as much as I could. Here are a few of the offerings that bore the Topps name. 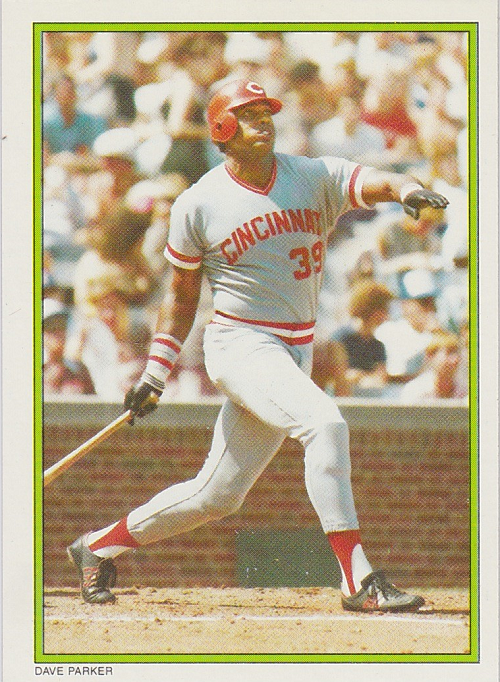 These cards did not come in packs. You had to collect a certain number of “offer cards” from regular packs, then send them in along with postage to receive them. I never did order them directly from Topps but picked up a few in trades. 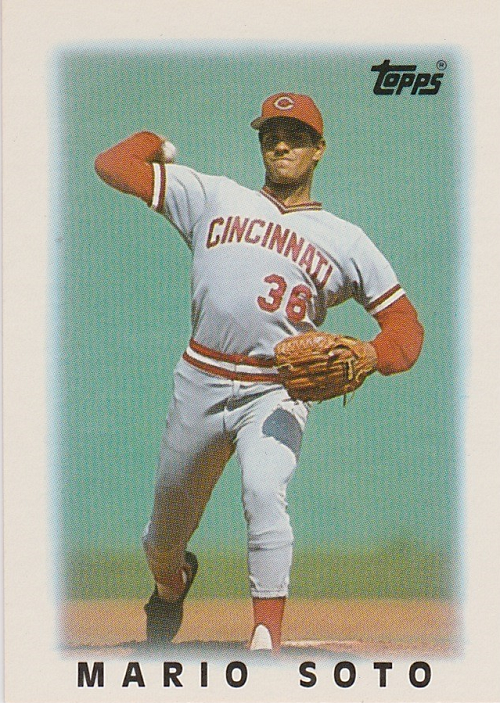 Before baseball-reference.com, we relied on baseball cards stats to know who the best players were. In 1986, Topps issued a set of mini “League Leaders.” The back of this card reveals that Mario Soto finished the 1985 season second in the National League with 214 strikeouts, tied for 6th in games started, tied for 6th in complete games, and 7th in innings pitched. 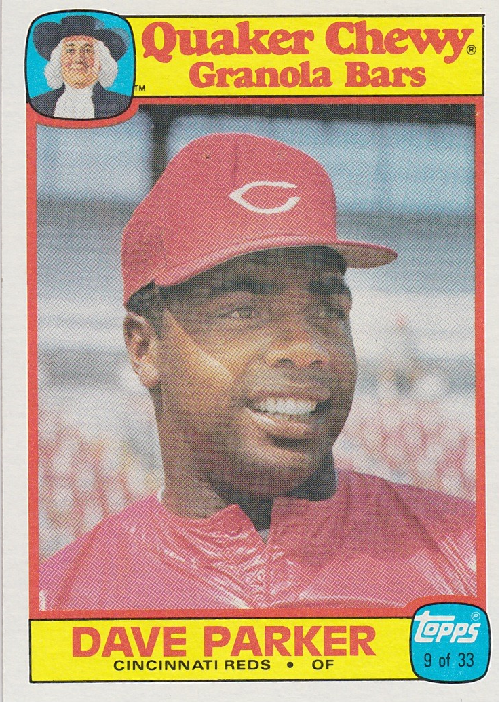 Baseball card companies partnered with food products often in the olden days. Post Cereal, Kellogg’s, and Kraft Macaroni and Cheese were just a handful of the food products that featured cards in products. Quaker Chewy Granola bars was another, and Dave Parker was one of the more common Reds players to show up in these sets from 1985-1988. These cards are usually found in very good condition, so I assume they were available through mail-order rather than included in the box itself. 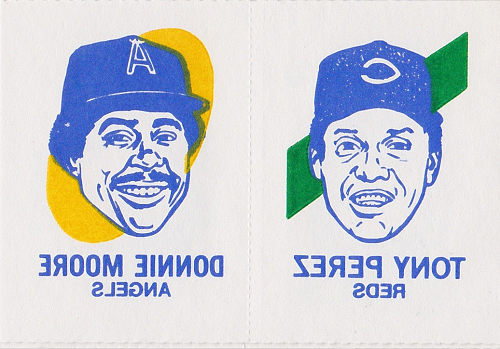 Topps Tattoos were sold in packs, but I don’t recall ever seeing them in stores. I picked up a few featuring Reds players through trades. The full sheets featured several players; this particular sheet included not only Tony Perez, but fellow Hall of Famer Ozzie Smith and a player with one of the greatest nicknames in the history of baseball: Dennis “Oil Can” Boyd. Right next to Perez is the late Donnie Moore, who tragically took his own life in 1989.

Let’s flip the image to see what it would look like if you applied it to your skin: 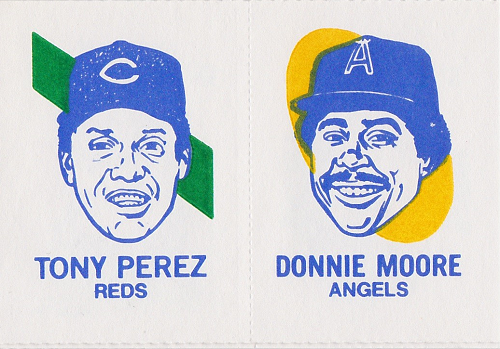 I’m so used to seeing them reversed, flipping it just looks weird. 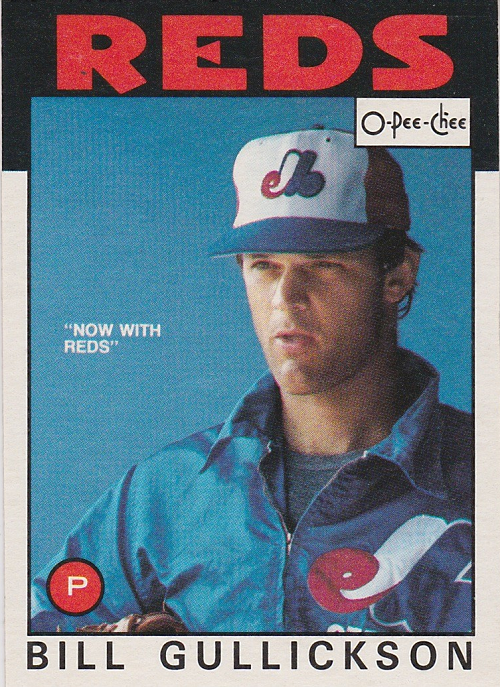 Are O-Pee-Chee cards oddballs? Sold in packs in Canada, but singles always traveled south and into the hands of American kids. I loved cards like this Bill Gullickson, showing the original Topps photo but new team designation.

← My first complete set
Before Upper Deck, these cards were the “premium” brand →