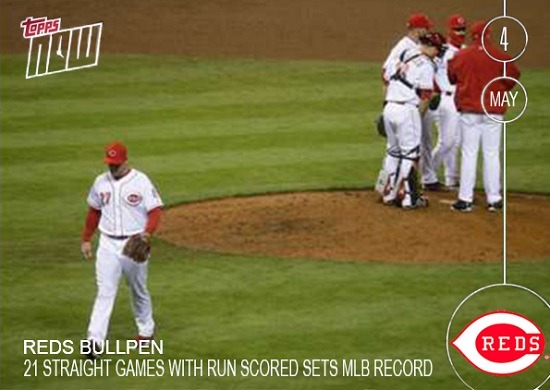 I’m not sure what Bryan “Fisher” Price is trying to prove. It’s painfully obvious that the Reds’ bullpen is absolutely atrocious, so why not shake things up? Let a starter go seven or eight or (gasp!) nine innings. See if they can’t seal the deal from beginning to end. WHAT EVER HAPPENED TO THE COMPLETE GAME?

Last season, six major leaguers pitched four complete games. The last time a National League pitcher has reached double digits was last century. Randy Johnson, in 1999, finished 11 games. James Shields was the last American League pitcher to accomplish that “feat”—five years ago—and he was the first in the Junior Circuit since Scott Erickson in 1998. For three straight seasons in the 1970s, Hall of Famer Phil Niekro completed at last twenty games per season. In his 24-year career, Knucksie started and finished 245 games.

I know, not everything in “the good ol’ days” was actually good. But looking at Cincinnati’s bullpen performance this year, it’s hard not to long for a few complete games from the starters that are pitching well.

Thanks to TWJ contributor Patrick for reminding us how pitiful the Reds’ relief pitching actually is.