The kindness of strangers

A reader named Mike contacted me several weeks ago, telling me of a Kurt Stillwell card that he had not seen on my blog. It was a self-issued “testimonial” card, autographed by the former shortstop/second baseman. He also offered a 1988 team-issued postcard, of which I was aware but had not yet obtained for my collection. I sent him a few Stillwell cards he was missing from his collection, and Mike sent these two cards: 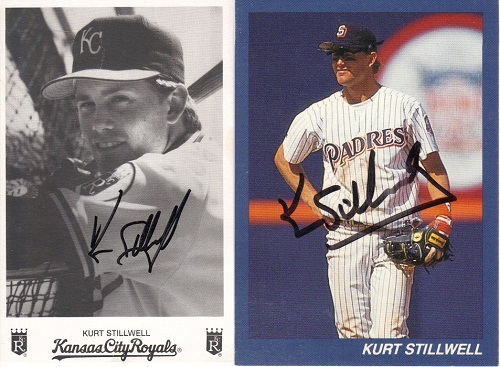 But Mike didn’t stop there. He included several other Reds cards, including an autographed Duane Walker 1983 Topps… 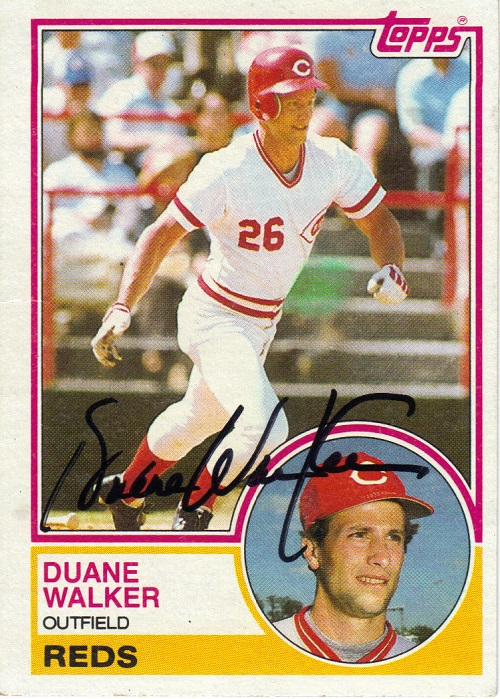 …and nearly the entire set of 1990 Best “All-Decade” Cedar Rapids Reds, a set that includes Eric Davis, Chris Sabo, Paul O’Neill and several other stars of the 1980s and 1990s Reds teams! 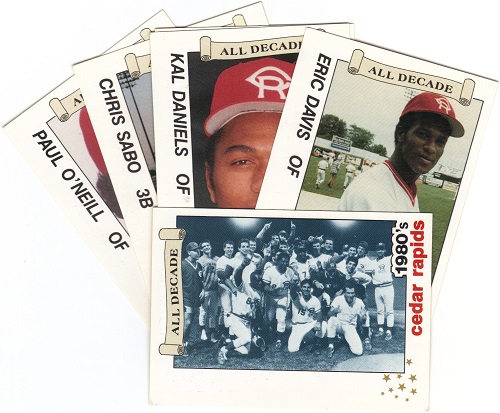 These cards were unexpected, but very much appreciated. Thank you Mike, for your kindness! I’m on the lookout for more Stillwell cards from your wantlist!